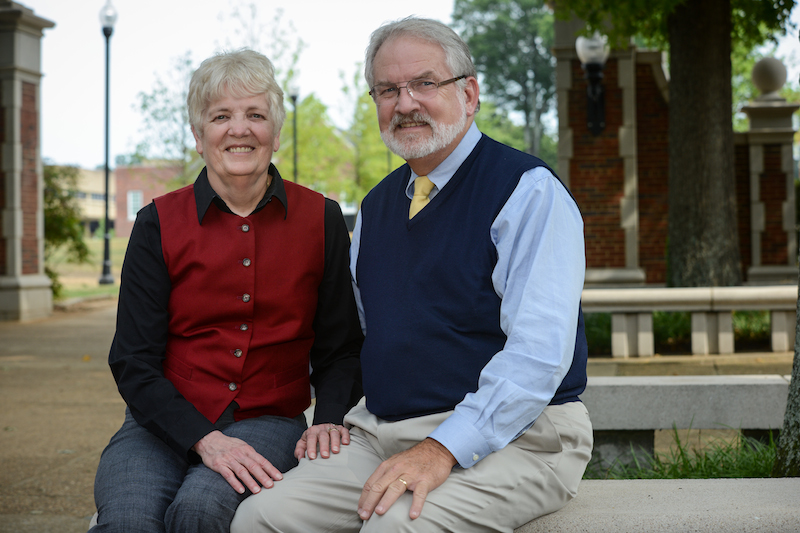 “While we have both been fortunate to receive a number of awards over the years, this one is especially meaningful because it’s a shared one.  To be recognized jointly by the English Department of our alma mater, the place where we were challenged and inspired by the faculty who then became our colleagues for several years, is quite meaningful for both of us,” said Dr. Verbie Prevost.

The two were honored at an afternoon reception sponsored by the Mississippi College English Department and later recognized at a dinner that evening honoring all distinguished alumni for the year.

Hugh has served The University of Tennessee at Chattanooga for 28 years, first as director of cooperative education, and currently as director of the office of international programs and the National Student Exchange. In his current position, Prevost has grown the program from one or two students who annually studied abroad to more than 120 students who study abroad in more than 25 locations. UTC’s International Program has grown to include ten international exchange partners in Israel, Sweden, Czech Republic, Japan, Germany, South Korea, China, Spain, and Mexico.

He has served on the board of the Cooperative Center for Study Abroad, the Mid-Continent Consortium for International Education, and on the National Student Exchange Council. In the Chattanooga community, he has been president of the Kiwanis Club and served on the boards of Goodwill, the American Red Cross, and the Nature Center.

He earned his undergraduate and graduate degrees from Mississippi College, and he completed his coursework for the Ph.D. in English at the University of Alabama.

She has served as president of the UTC Faculty Senate, chair of the Council of Academic Department Heads, and has served two terms on the board of the University of Tennessee. She has chaired the Conference on Southern Literature and the Rhodes Scholar Selection Committee for Tennessee, and founded and chaired the Young Southern Student Writers Contest.

Prevost’s honors include the Outstanding Teacher in the College of Arts and Sciences award, the Jane Harbaugh Award for Service to UTC, and the Carolyn Thompson and Roger Brown Community Service Award.