UTC named one of the “Best Colleges for Veterans”

The University of Tennessee at Chattanooga was named among the “Best Colleges for Veterans” by U.S. News and World Report. Selection was based on participation in federal initiatives designed to help veterans and active service members apply, fund, and complete their degrees. UTC offers veterans a streamlined process for admission and the support of a student veterans’ organization, just a few examples of the University’s commitment to those who serve. 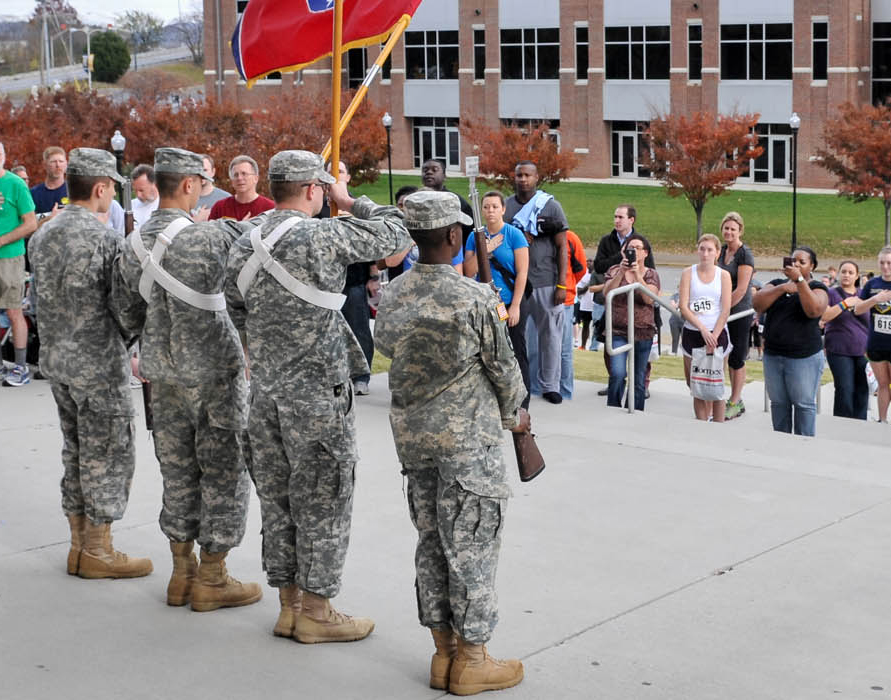 One veteran’s story
Barry Bookheimer, a former nuclear reactor operator for the U.S. Navy, decided to go back to school after a decade of military service.

“Without a college degree, I would most likely have to get a job working nights. I knew I didn’t want that schedule. I got out of the military to start a family, and I want a job with hours more suitable for that life,” he said.

Bookheimer, a double major in nuclear engineering and history, admits he was initially nervous to return to school.

“I didn’t know where I fit in. Military life is all I’ve known for years. When you’re deployed for so long, it can be hard to relate to other college students. You might not know what music is playing on the radio or what movies are in the theatres,” he said.

Bookheimer found his place as a member of the UTC Student Veterans Organization. The mission of the student group is to help bridge the gap between military service and academia by advocating for a veteran friendly campus.

“The people you meet and work with in the military often become your lifelong friends, so it’s challenging to lose that sense of friendship when you go back to ‘the real world.’ The student group helped me transition to civilian life. The group is a big reason why UTC is a great school for veterans and their families. Since I’ve been here, awareness and assistance on campus has increased ten-fold,” he said.

“Our office wanted to assist with making a smooth transition for veterans leaving the military and coming to a civilian atmosphere. We assist with helping them focus primarily on their education and ensuring that their enrollment certification is efficiently processed,” Holmes said.

Give it a chance
Someone who can relate to Bookheimer’s experience is Major Rob Ricks III, UTC Assistant Professor of Military Science. Ricks joined the University in 2012 to help lead the ROTC program after serving in the Army for more than twenty years.

“Veterans are more goal-oriented than the traditional student. They have a better idea of what they want to do and what they want to get out of higher education,” he said. “But it can be a difficult transition to come from an environment where you lived and worked with the same people every day. You won’t get that level of camaraderie anywhere else, and that can be a tough adjustment.”

“It’s easy to get frustrated when trying to adjust, but I advise students to stick with it, and understand it takes time,” he continued. “It’s also easy to romanticize your time in the military, but make sure to give civilian culture a chance.”

To learn more about the UTC Student Veterans Organization, visit their website here.