Dr Richard Jackson, UTNAA Professor of English, is publishing his eleventh book of poetry, Out of Place.

“All the poems come from place, so they are out of those places. In a way there’s also a lot of things in them that are out of place. It might start off as a political poem then all of a sudden there’s a love poem in it. So on the surface, things seem out of place,” explains Jackson. 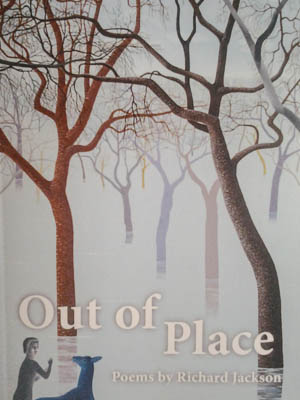 Out of Place took Jackson three years to complete.

“My last poetry book was published in 2010, so it took about three years. That’s actually pretty quick for me. It usually takes about five or six years for me,” says Jackson.

He will also be publishing another book of short poetry, Retrievals, in early spring 2014.

Jackson originally came to UTC as a literature professor specializing in writers of the Romantic period, such as Wordsworth and Byron.

Jackson has since published nearly twenty books and become an internationally recognized poet. His poems have been translated into 15 languages. He has won fellowships from the Fulbright Program, the National Endowment for the Arts, the National Endowment for the Humanities, and the Guggenheim Foundation, as well as the Order of Freedom from the President of Slovenia for literary and humanitarian work in the Balkans.

“I think of all poems as an engagement with another person. When I write a poem, I have in mind another person who it is written to. Sometimes it’s a real person, a stranger I see, or a combination of people I’ve seen. It’s always an interpersonal thing, and as extension of that, a lot of them turn out to be love poems. For me, the most important emotion you can have about anything is love – in the sense of loving your fellow man, having an understanding and respect for other people,” says Jackson.

Jackson, who is currently on sabbatical, will soon travel to Spain for the translated release of another book, Resonance.

Jackson directs the Meacham Writers’ Workshops at UTC and is a regular teacher at University of Iowa, Prague Summer Program and other places. He was recently awarded the National AWP George Garret Award for teaching and arts advocacy, and has won teaching awards at UTC and Vermont College. His recent poems have also appeared in Georgia Review, Cortland Review, Poems and Plays, Asheville Review, Cutthroat and other journals.