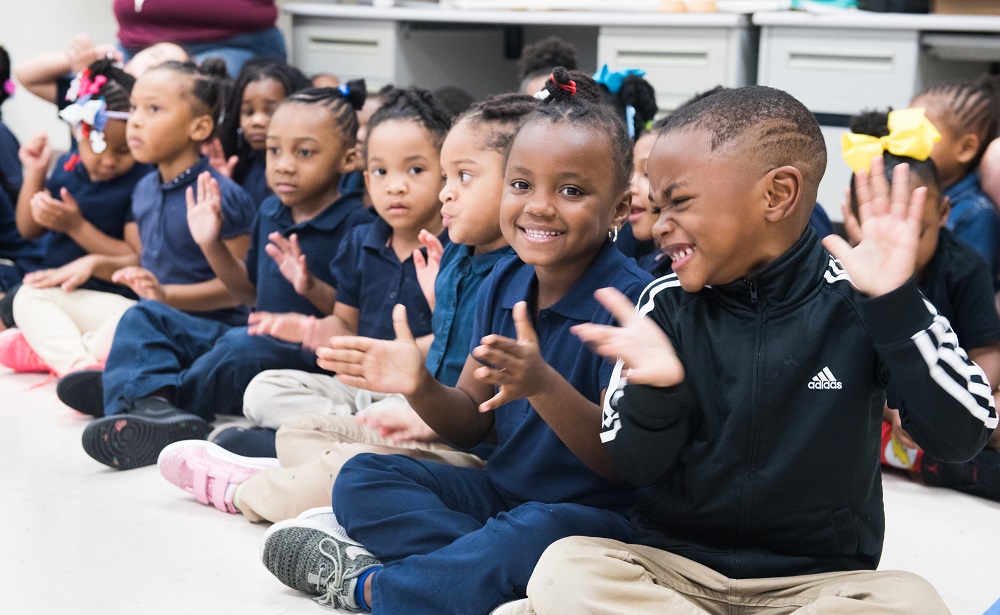 The next installment of Symphonic Tales, The Frog, He Fly…Almost, features oboist Tyler Rand and mezzo-soprano Sara Snider Schone in a performance of Composer Roger Vogel’s musical setting of the humorous poem.

What: Symphonic Tales: The Frog, He Fly…Almost

In her intro to music class at UTC, one of the very first questions Dr. Nikolasa Tejero asks her students is, “How many of you guys have music experience?”

No matter the class, most of the students think Tejero, associate professor of music theory and applied clarinet, is asking if they’ve played an instrument or sung in a choir. Even after clarifying that she really just wants to know who feels like they have experienced music by attending a concert or festival, very few raise their hands.

Rather than being disgruntled, she decided she would do something.

“The problem was that I didn’t think it was good that college students hadn’t had a significant music experience. But that wasn’t a problem that I could actually fix,” Tejero says. “I could remedy the symptom. I could put on a concert and require them to attend.”

Instead, Tejero teamed-up with the Chattanooga Public Library and devised something that got to the root of the problem: introducing students to art music while they’re still young. They call it “Symphonic Tales.”

Different scenes are set up in front of them. Constructed from cardboard, they look like a patch of briars, a deep hole, a thorny rose, tree limbs with a cat peeking through. The piano starts to play, then the tiny e-clarinet; it sounds like a mouse squeaking.

After the short musical sequence ends, the kids are asked, “What did you hear? What was happening to the mouse?”

Little hands shoot up in the air.

“I think he fell in some flowers.”

This season of Symphonic Tales is supported by grants from UTC and ArtsBuild.

Symphonic Tales pairs music, stories and activities with a theme that speaks to three-, four- and five-year-olds.

Once a month, Symphonic Tales visits local early childhood programs in underserved communities. One Saturday each month, the program is hosted at two different locations: the downtown public library along with another regional library; that location changes every month. 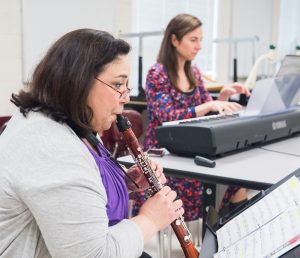 “I’m a teacher. At the heart of it all, I’m an educator. I love music. I love sharing music,” Tejero says.

February’s program, “Mousing Around,” was inspired by A.H. Benjamin’s storybook It Could Have Been Worse. The main character, Mouse, is on his way home from the city when he encounters a number of obstacles, making the trip more difficult than it should have been. As it turns out, however, falling into a patch of briars or down a dark hole saved him from a much worse fate such as getting eaten by a cat or snatched up by a bird.

As the story is read aloud to the students, short snippets of music are played to represent the Mouse. On clarinet, Tejero is accompanied by Susan Hadden on the piano, as they play composer Daniel Dorff’s “Dance Music for Mr. Mouse.”

“When you’re dealing with little kids, the world is their oyster; it’s full of possibilities,” Tejero explains. “Partly because they know so little and partly because their brains are so malleable at this time; they’re still forming.

“Little kids believe in magic. It’s that willingness to suspend disbelief, willingness to engage in the impossible that makes them more logical for this kind of outreach, and we see it from month to month.”

Every month features a new story, new music and new activities. At the Chattanooga Public Library, Librarian Olga Russell and Lee Hope, head of children’s services, choose a story and brainstorm connected activities while the music is chosen by Tejero, who finds new selections for each program, picking different genres, composers and instruments (including voice).

She often pulls performers from UTC’s Department of Performing Arts. As students, alumni and faculty, they almost always have a connection with the department.

The performers aren’t always musicians. Steve Ray, chair of the department’s theatre division, participated as narrator for a program. Trained as a ballerina, alumna Shanelle Newton lent her talents; theater students choreographed and danced a tango for a flamingo-themed program.

Both Tejero and Russell recall a memory that stands-out as a defining moment for why they dreamed up Symphonic Tales in the first place.

At their Pete the Cat themed program, Tejero brought in two opera singers to perform the aria from Rossini’s “Humorous Duet for Two Cats.” The only word sung throughout the entire piece is “meow.” There’s no context, so the singers came up with their own script to capture their young audience’s attention.

As they meowed away, each singer played with a toy until she noticed the other singer’s toy and decided it looked like more fun. Their antics continued with the song until each finally had the other’s toy and was satisfied.

At the end, as the daycare students applauded, they heard one of the students say to herself, “This is so wonderful.”

“It just welled out,” Tejero says.

“This program has proven to be so much more than we thought it would be,” Russell says. “It’s such a simple concept, but it has made art music accessible to so many kids that would never have had the chance to experience it.”

“This is humanitarian work. Some of these kids, they have never had the opportunity to tap into that part of their souls and not for anything that they’ve done wrong.” 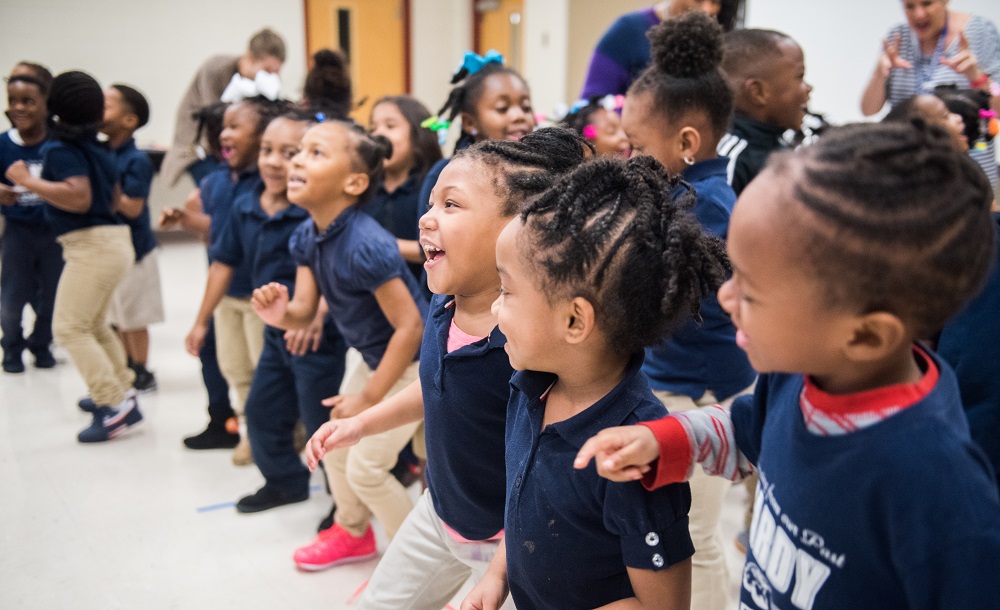