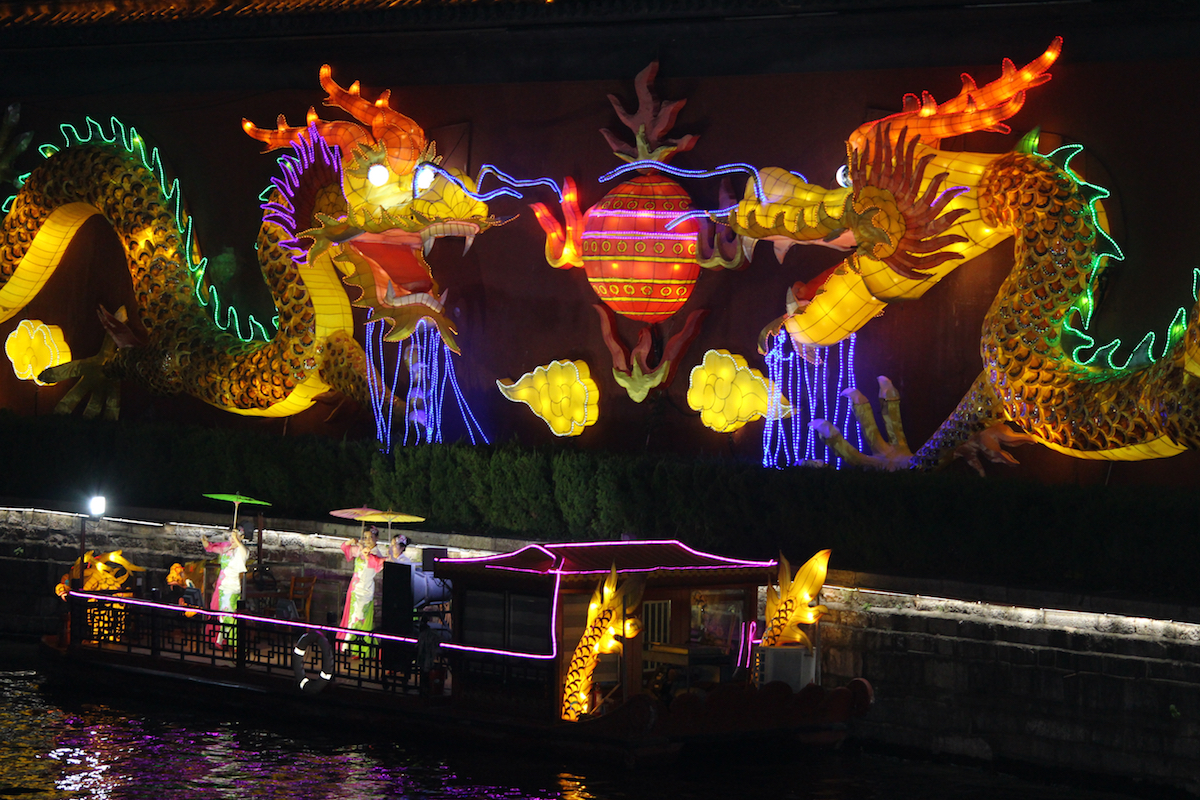 Xiaochi Square in Nanjing, home of the Confucian Temple. Photo by Craig Laing

China by the Numbers

When Anna Douglas told people she was taking a 10-day trip to China, she heard a bunch of responses.

You’re going to be kidnapped.

You’re going to be sex trafficked.

You’re going to starve; they eat dogs and cats.

Why do you want to go to China? What’s over there?

“A lot of that stuff was coming from people who had never been there, and I was like, ‘What do you know?’ Why are you saying all this to me?’”

When she returned to the U.S., she had her own response: “It was great and you were wrong.”

Douglas, a junior in criminal justice, and 10 other UTC students took a 13-hour flight this summer for a study abroad trip in China, a country of about 1.34 billion people; in contrast, the U.S. has about 325 million.

All the students had some preconceptions about the country, but they came back with new respect, admiration and understanding of the country and its culture which is significantly different than the United States’.

“You can’t learn much about culture by participating in a 10-day trip, but at least something, if you pay attention, can be observed through the manifestation of cultural practices. You can understand the basic values of a culture,” says Zibin Guo, the UC Foundation professor of anthropology who accompanied the students. Craig Laing, associate professor in geography, and Gale Iles, associate professor of criminal justice, also were on the trip.

The trip was funded by a $30,000 donation from retired anthropology professor Clive Kileff and dispersed through the UC Foundation. Money from  the Study Abroad program also helped pay expenses.

“I believed the UTC students would benefit from having international travel experience and could come back and enrich the community,” Kileff said. “I believe that, as students learn about other cultures, they will be able to work together with people from diverse backgrounds and work towards world peace.”

In China, the students visited five cities—Shanghai, Xi’an, Louyang, Qufu and Nanjing—and saw how the Chinese interact with each other, how they feel about their personal space, what the country is doing to address pollution and congestion in the cities, the food and eating practices and other cultural values. When they got back, the students created PowerPoint presentations on subjects such as sanitation and conservation, common misconceptions, the food, social interaction and China’s fascination with Westerners.

In her presentation, Lindsey Davis, a senior in anthropology, focused on the steps the country is taking to reduce pollution and stay clean; China is the No. 1 country in the world in carbon dioxide output (the U.S. is No. 2).

But the cities themselves were amazingly trash-free, she said, and Shanghai “is one of the cleanest cities I’ve ever seen.”

“Litter is a rarity and paper is conserved. If you remember, there wasn’t much toilet paper in the bathrooms,” she told the other students.

Eating in China usually is a communal event with friends and family and lots of conversation, said Brandon Mitchell, a senior in anthropology. There’s no tipping in restaurants and no splitting of checks. If you eat in someone’s home, as many as 10 dishes may be served and, if you eat it all, the hosts may feel as if they haven’t fed you enough, he said.

“We’re like unicorns,” said Anna Matic, a junior in sociology.

She didn’t much like being a “celebrity,” she added, but others in the group didn’t mind.

When all was said and done and the students returned to the U.S., they brought back more than souvenirs, said Brandon Layne, a senior in anthropology.

“You can learn something new from another country or people and bring it back to your own country or campus,” he said. “And that does a lot of good.” 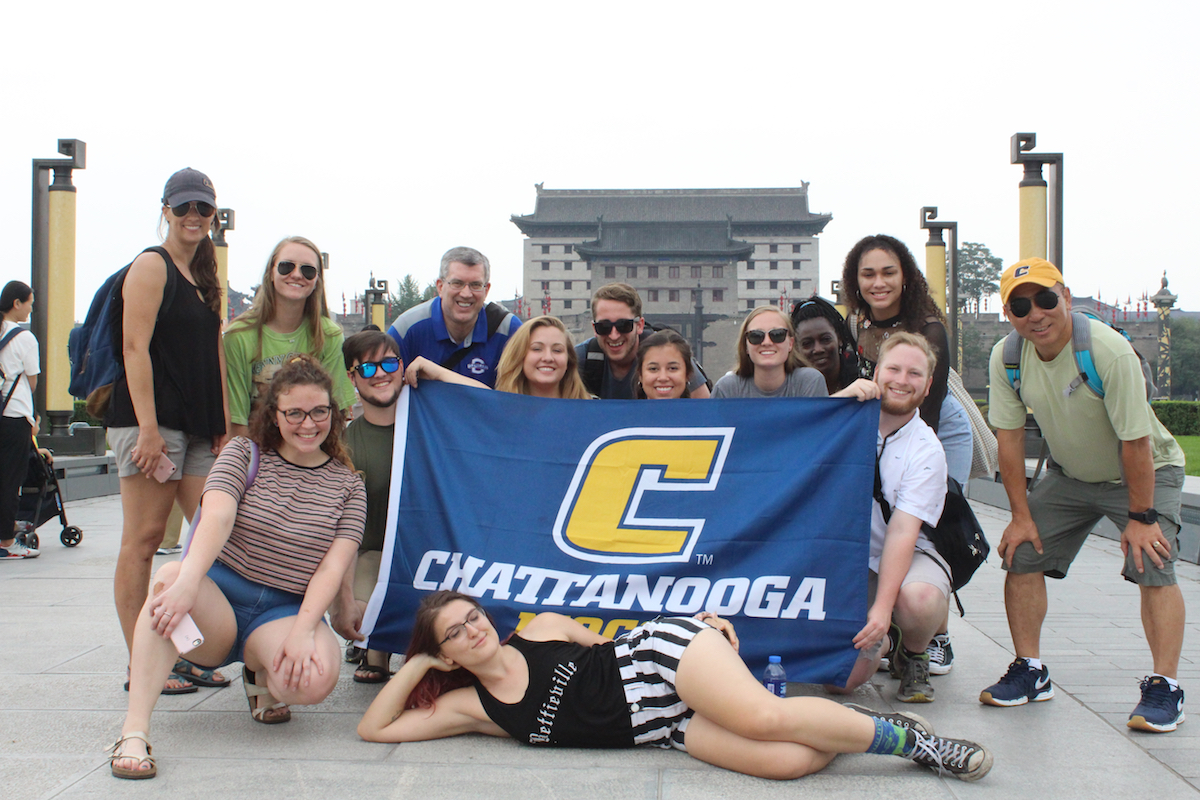 The group of UTC students in front of the Xi’an Wall in the city of Xi’an. Photo by Craig Lang 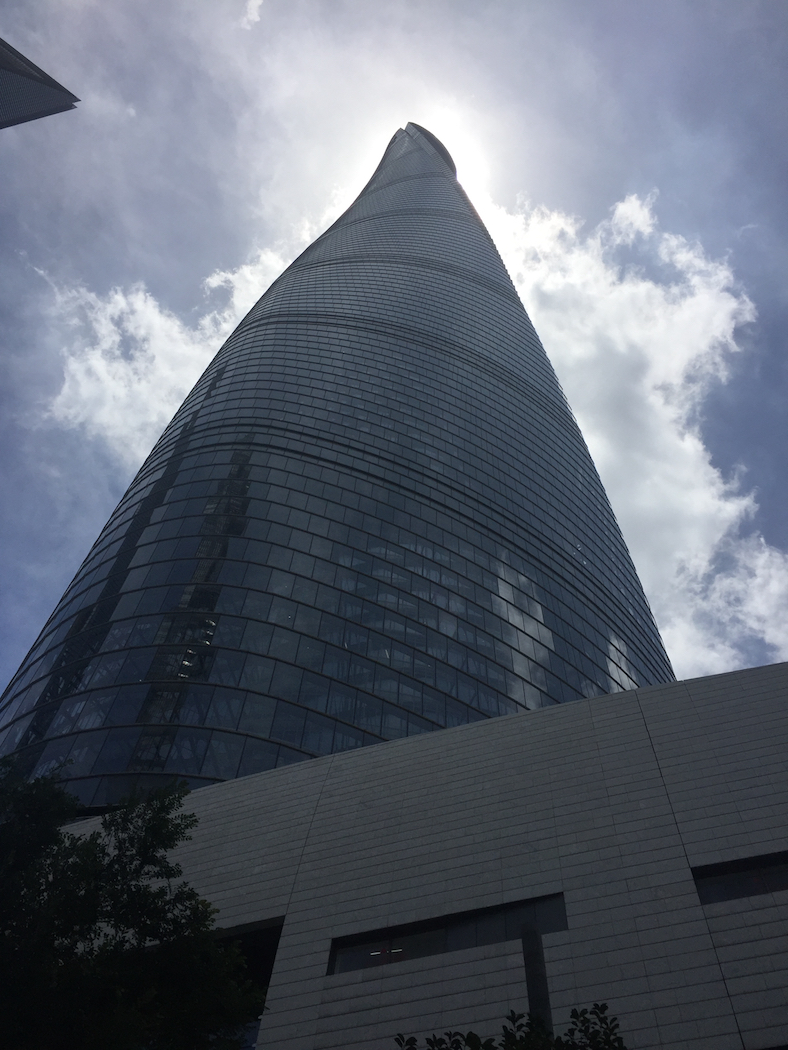 At 128 stories and 2,073 feet (about 600 feet less than half a mile), the Shanghai Tower is the second tallest building in the world. Photo by Alyssa DeWaele 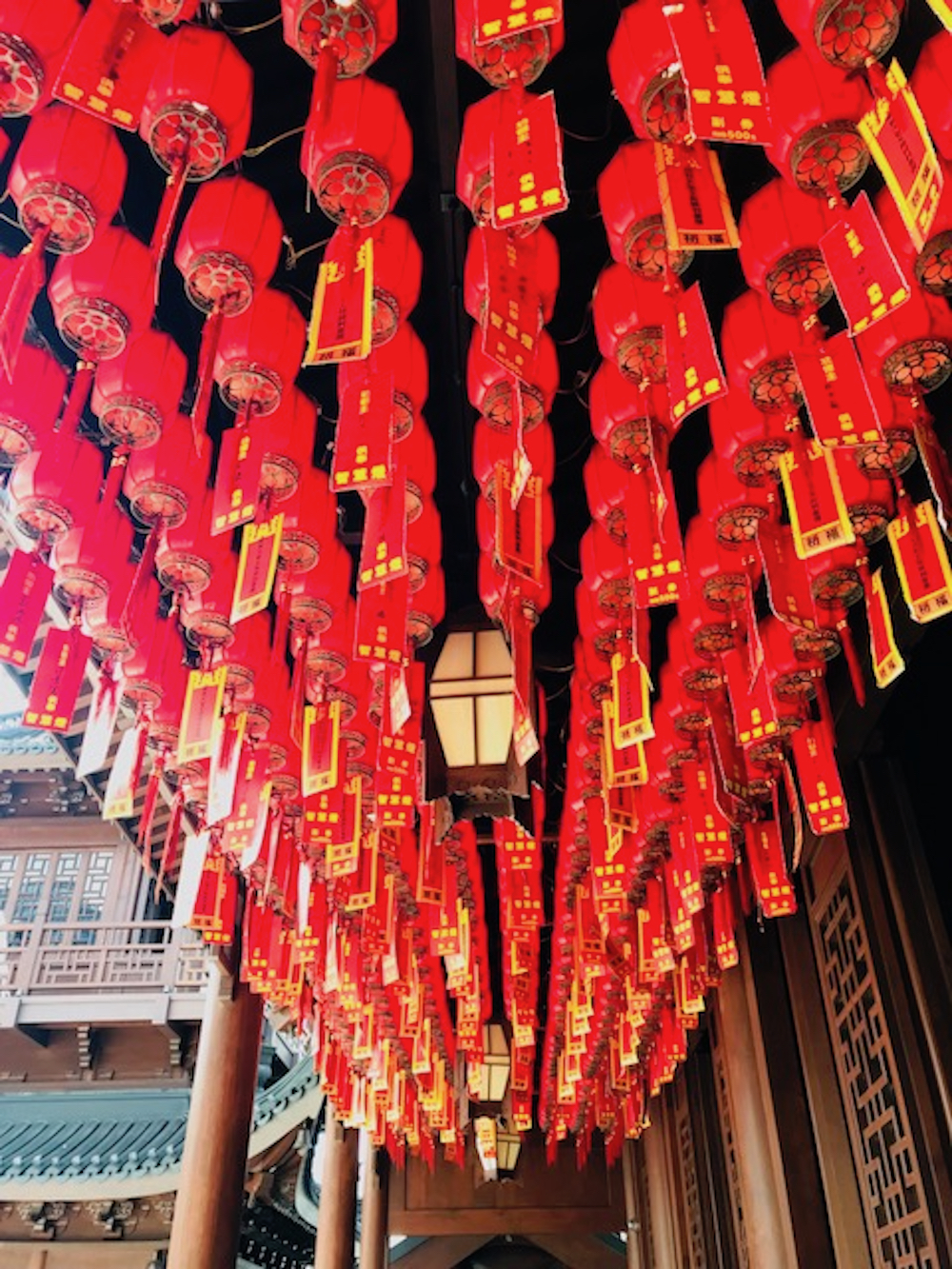 Red lanterns are hung for for good luck in the Jade Buddha Temple in Shanghai. Photo by Will Patterson 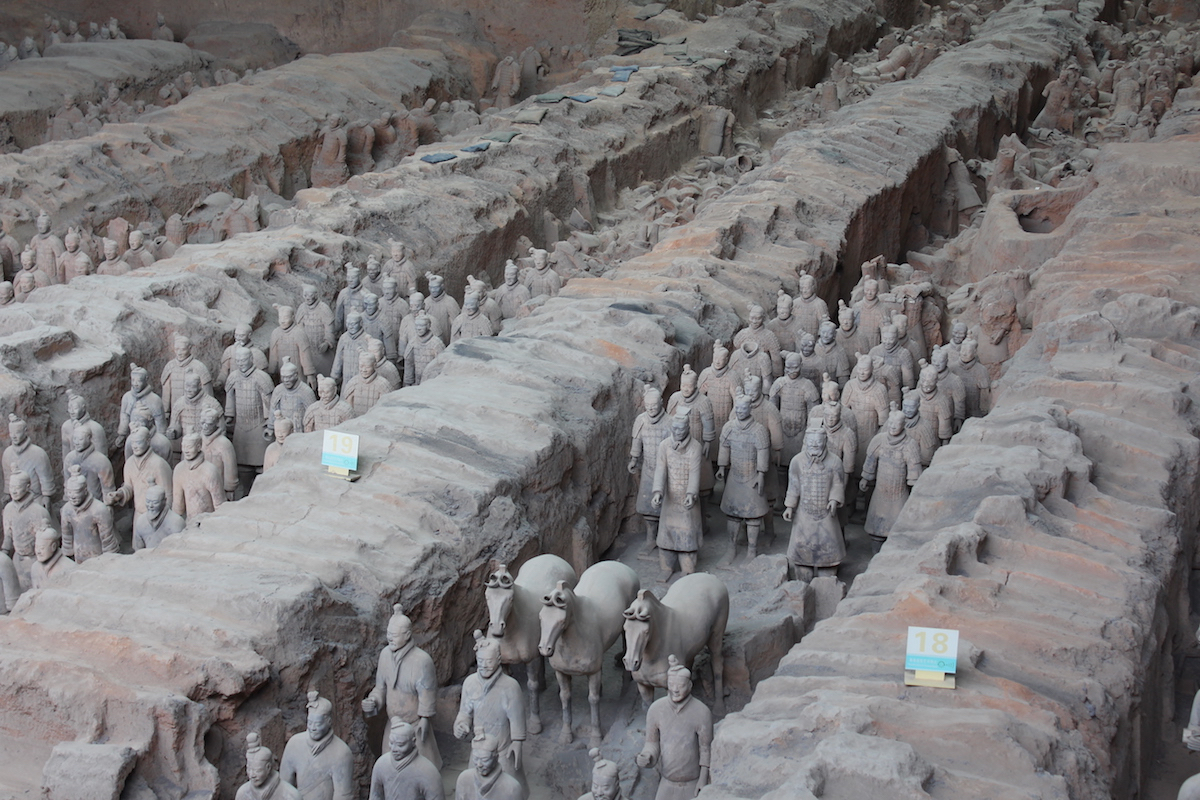 The Terracota Warriors were discovered in Xi’an in 1974. The clay army has more than 8,000 life-size figures of soldiers and horses. They depict the army of Qin Shi Huang, the first emperor of China, and were meant to protect him in the afterlife. Photo by Craig Laing 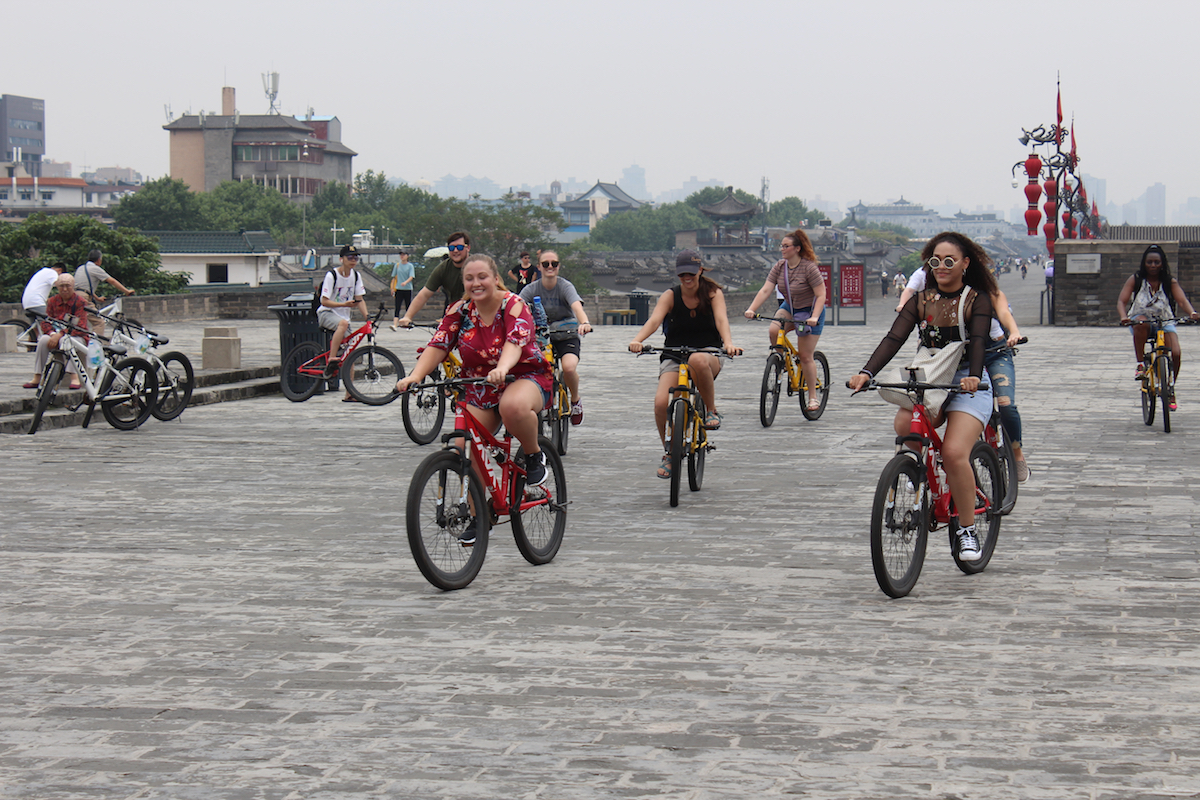 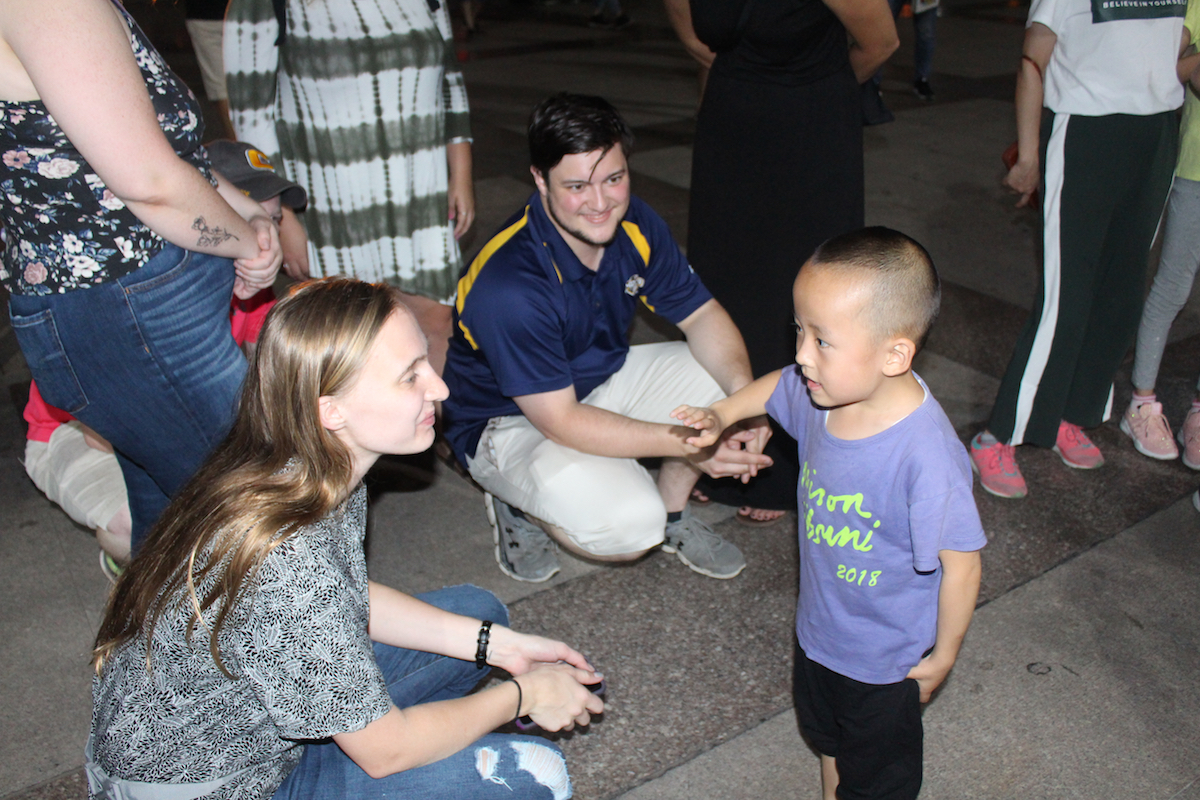 The Chinese are fascinated with Westerners. Photo by Craig Lang 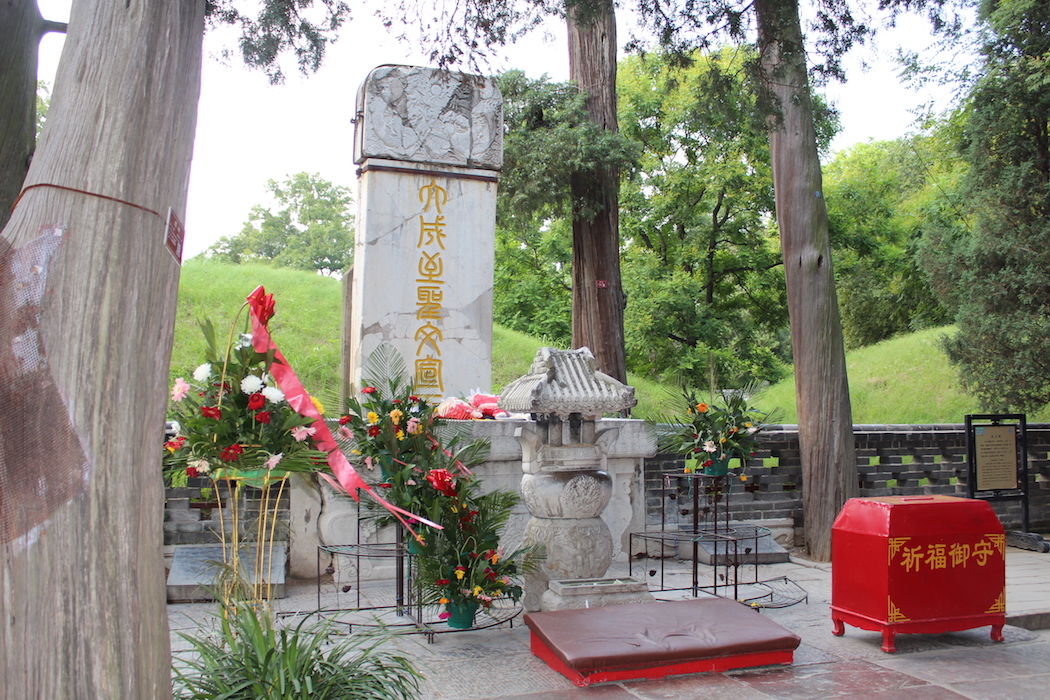 4 Comments » for Another Culture, Another World: UTC students experience China