Keep an Eye Out: UTC researcher is looking for geckos 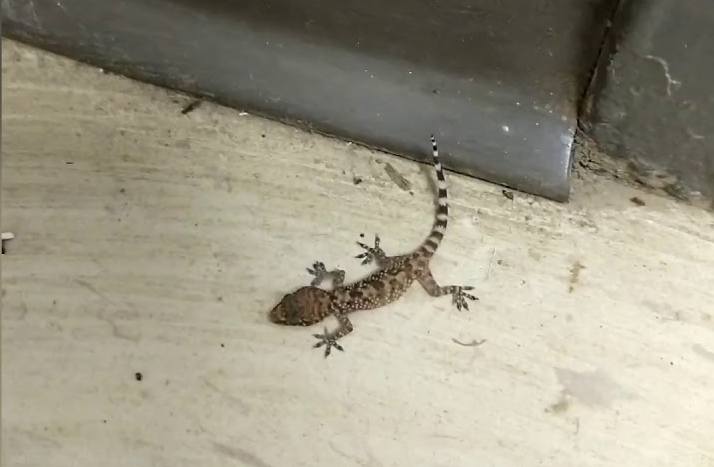 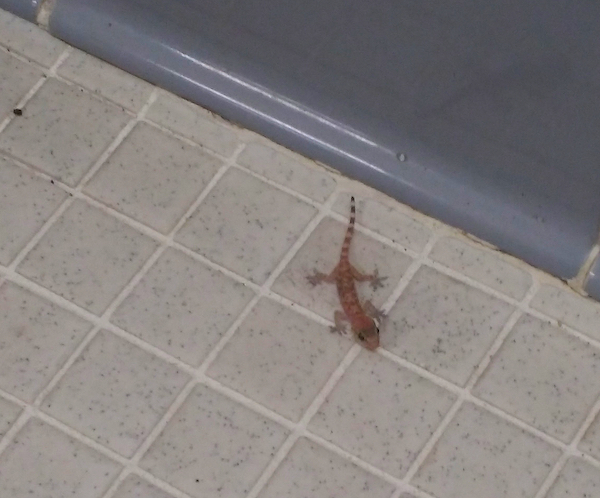 For non-gecko-familiar folks, they are basically beige with brown spots along their back and a tail banded in the same colors. Their eyes are big and dark. But the most unusual feature is their feet, which look like tiny hands and have tiny suction cups on the “finger” tips, making it easy for them to cling to just about any surface. To report any gecko sightings around town, go to: https://bit.ly/2BpHpHD

Recently graduating with a master’s in environmental science, she is asking folks to report sightings of Mediterranean house geckos on campus and around town. And has set up a website to track such sightings.

Hunt has been seeing geckos here and there for a couple of years and is intrigued by how the warm-weather lizards survive our winters and whether they’re having a significant impact on the local ecosystem.

“We question how invasive it really is. If we can get a measure of where it really is, its function in the ecosystems, see if it’s impacting the insect populations,” she explains. “Because what if it’s eating a lot of insects that make them unavailable to other species? I’m not sure whether that’s the case or not. People say, ‘Oh, it’s just a harmless little lizard,’ but technically …”

“They’ve been documented as one of the most successful, invasive lizards. They’re able to exploit the urban environment. It seems because they’re so good at getting into crevices and hiding. And they just eat bugs, which are everywhere.”

Hunt has seen geckos in the SimCenter, where she works, and has received reports of them in Davenport Hall and the Administration Services Building, among other spots. She has seen some in doorways, some outdoors near bug-attracting lights and many in bathrooms, which makes sense, she says.

“They’re really sensitive to water loss,” she says. “They need humidity to survive and, if they can’t find water, they just dry up and die.”

For the website, she’s not asking for people to catch geckos and keep them, she says, only to report where they were seen and take a photo if possible. Any lizard she has caught is simply examined then let go, she says.

So far, the geckos she’s seen and others have reported have all been juveniles, which are about three inches long compared the six-inch adults. That’s weird, she says.

“Where are the adults?” she asks. But it’s rare to even see a juvenile, “so where did they go? And where in the building are the adults? Are they in the airshafts or what?”

There’s also the question of how the lizards survive the winter. Since they originated in the warm Mediterranean region, it seems counterintuitive that they would be able to live in the Chattanooga area, where temperatures can sometimes drop into the single digits.

“Reptiles that can’t overwinter usually just die, so they’re finding some place during winter months that’s warm enough,” Hunt says. “What seems to be happening is that, in the colder months, they’ll go indoors and find a place to live.”

Right now, she’s just gathering information, trying to determine where the geckos are around town and figure out how they got there.

“I want to see if there’s some sort of connectivity between the places,” Hunt says. “They’re said to be able to hitchhike on food trucks; that’s part of how they got here in the first place. Either they got here by the pet trade or they hitchhiked on stuff.”