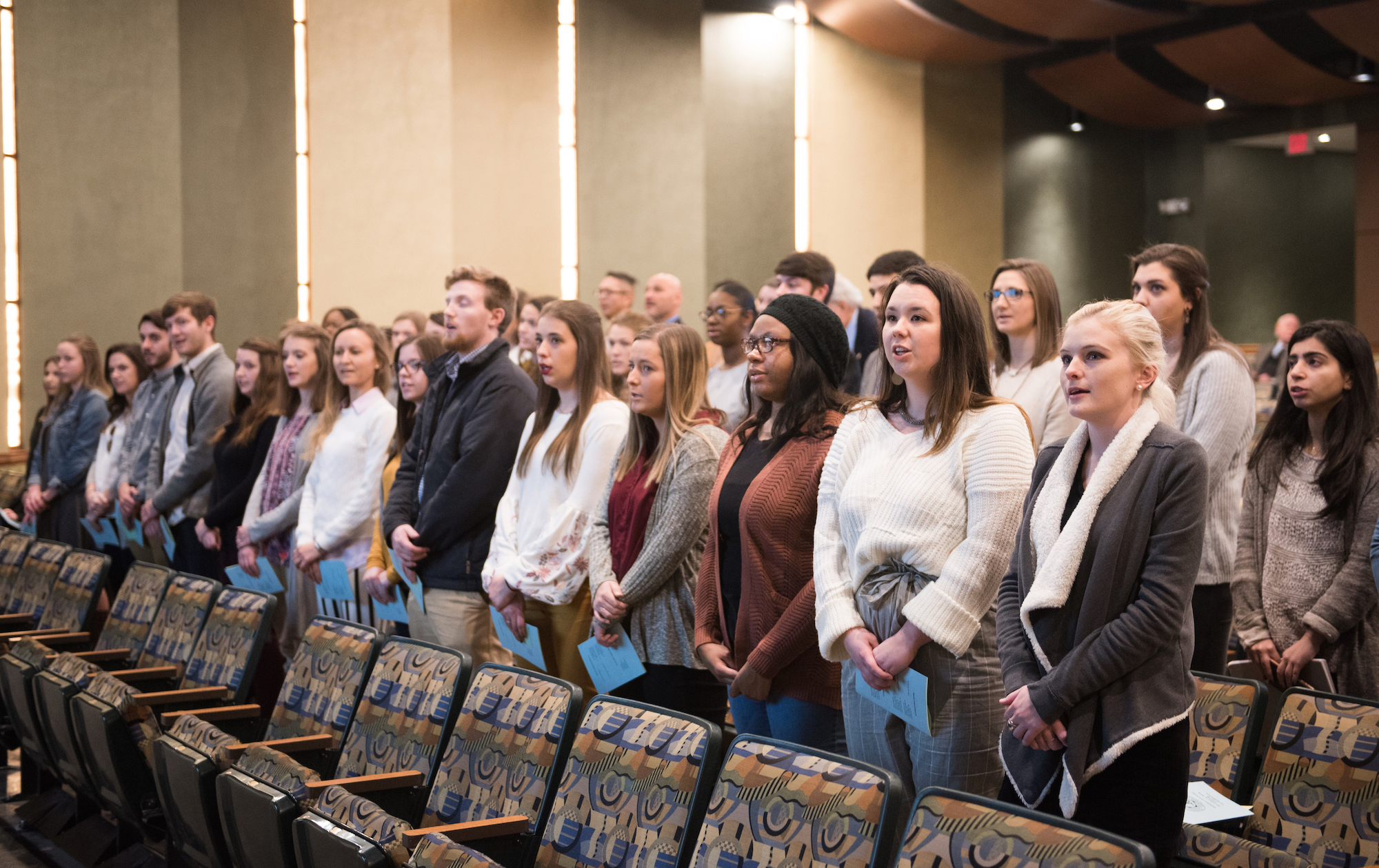 The centennial class of initiates into the prestigious Alpha Society at UTC take the oath of membership on Tuesday, Dec. 4 in the University Center Auditorium.

In the 100th year since its founding at the University of Tennessee at Chattanooga, the Alpha Scholastic Honor Society conducted its annual initiation ritual with almost 100 inductees, their family and friends on hand.

“The society was chartered in the fall of 1918 by the faculty of the University of Chattanooga to encourage and recognize excellence in scholarship and outstanding achievement,” said current president Gretchen Potts, UC Foundation Professor of Chemistry. “It remains today both the only honor society at UTC that was founded at UTC and highly selective. It’s a prestigious honor at UTC, and it’s the only honor society announced at graduation.” 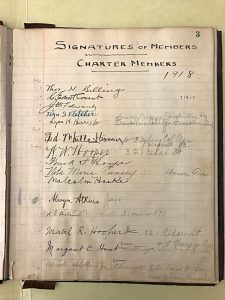 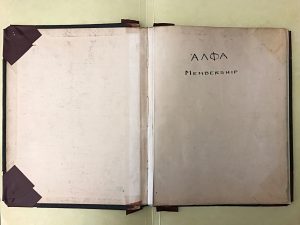 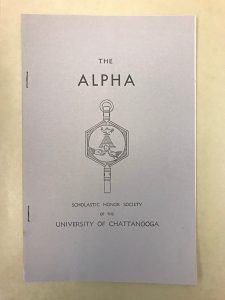 Every year since then, Alpha Society members elect new ones from graduating seniors, faculty, administrators, distinguished alumni and members of the community. Faculty and staff can be considered for membership after being with the University for a couple of years or so and having made exceptional contributions in that time to UTC.

Tuesday’s centennial initiation ceremony honored seven members of UTC faculty whose combined scholarship resulted in $6 million in grant funding and more than 100 peer-reviewed, scholarly publications.Also initiated was Shirl Gholston, UTC director of Student Support Services, invited on the basis of her commitment to student success, including her leadership of initiatives started in 2010 that have put the six-year graduation rate of African American male students at UTC at 73 percent, while the national average is 28.7 percent. Freshman-to-sophomore retention of African American male students at UTC is 94 percent, compared to a national average of 54.5 percent.

Two faculty and longtime Alpha Society members were recognized for their 36 years of membership with the organization, the longest of any current members. Debbie Troutman Cantrell of the UTC School of Education was initiated as a UTC undergraduate and is now secretary of Alpha Society and its vice-president elect; Ralph Hood, UTC’s Leroy A. Martin Distinguished Professor of Religious Studies, was initiated as a faculty member in 1982.

Seventy-four UTC undergraduates were inducted, along with one distinguished Chattanooga citizen and UTC alumnus, Troy Rogers, who has bachelor’s degrees from UTC in criminal justice and in education and a master’s degree from Belhaven University in Mississippi. 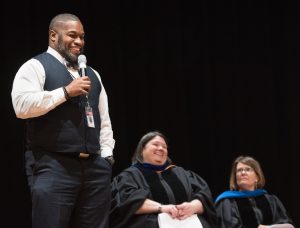 Rogers is public safety coordinator for the city of Chattanooga and was the event’s featured speaker, delivering an impassioned presentation of “11 nuggets to live by.” He gave advice on leaving a legacy, seeing community service as “your job,” staying humble, being unafraid to make mistakes and realizing it’s possible to get past “whatever you may have lost.”

Alpha Society’s student invitations go to members of the graduating senior class with a minimum 3.75 grade point average. Faculty, full-time staff and administration are invited on the basis of a nominating committee recommendation. UTC alumni 10 or more years from graduation may be invited on the basis of distinguished achievement, the same as for invited members of the Chattanooga community.