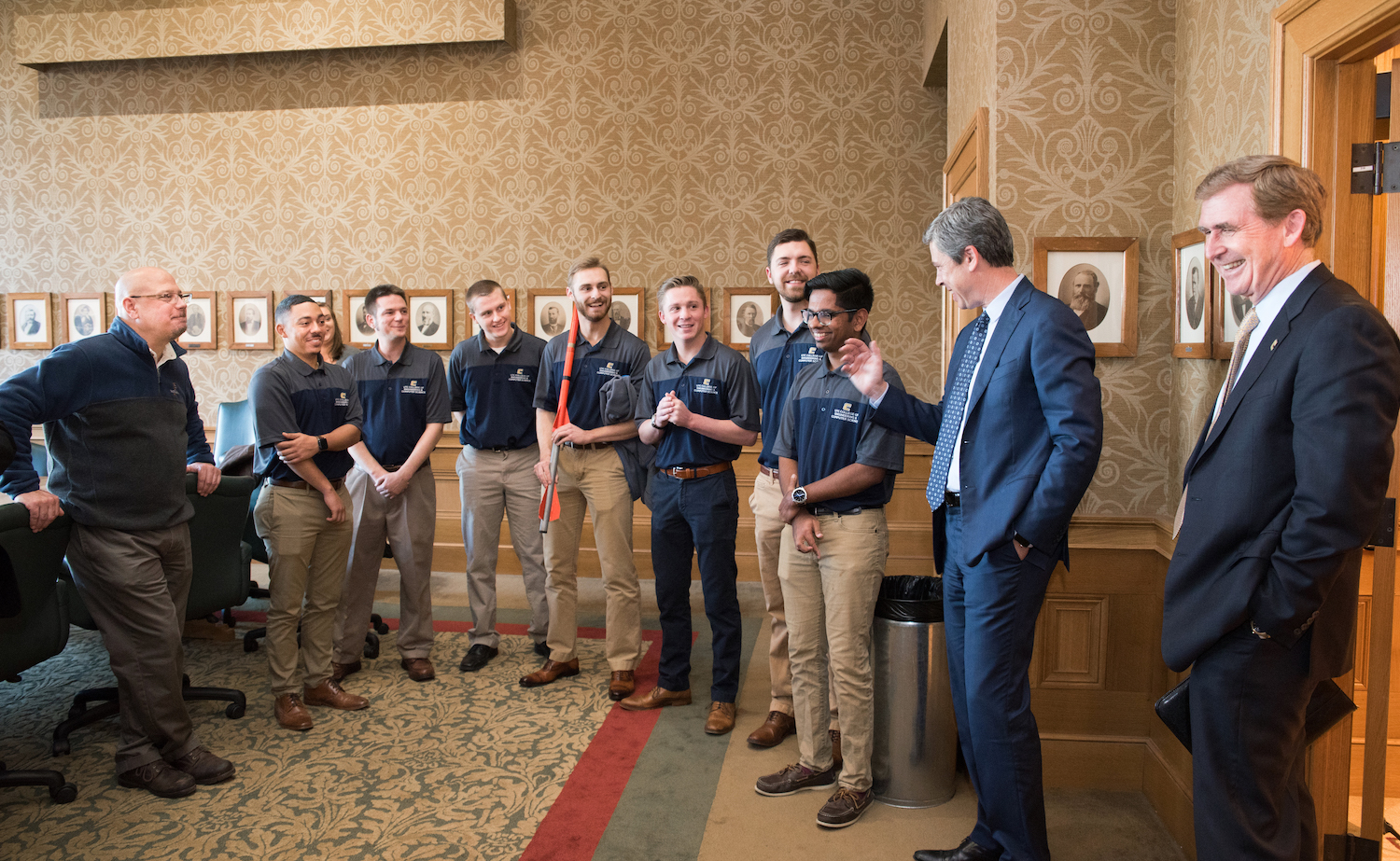 In honor of earning the No. 1 ranking in the country, UTC’s student rocket team—the Rocket Mocs—was recognized by Chattanooga Mayor Andy Berke for the achievement.

Formed in January, the six-member team from the College of Engineering and Computer Science launched a rocket to 11,563 feet, a figure that helped them win the Students for the Exploration and Development of Space Rocketry Contest. The team placing second only hit 6,635 feet.