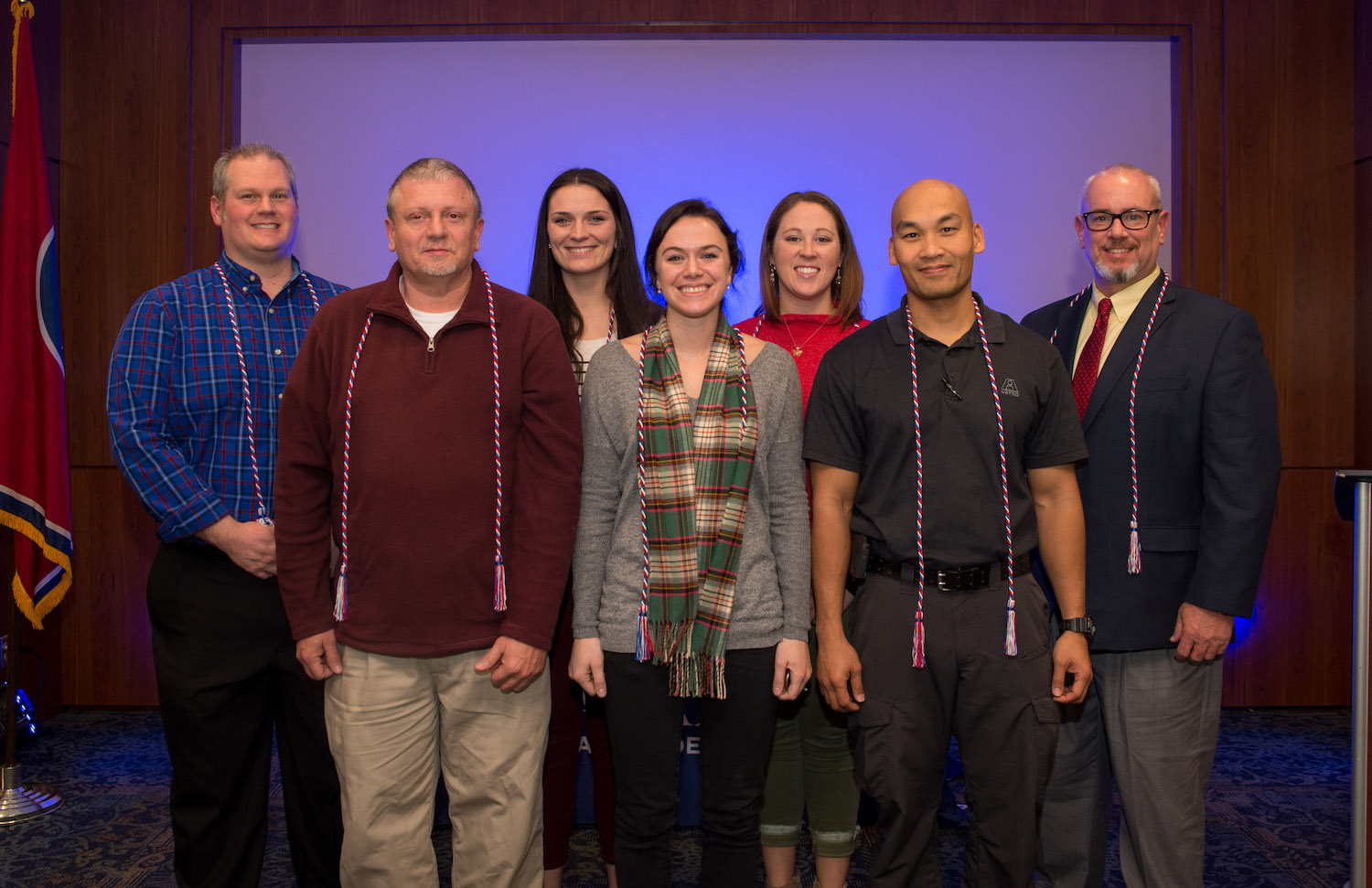 Student-veterans honored in the Cording and Coining Ceremony are, front from left, Christopher Bishop, Rachel Anderson and Khanh Nguyen and, back from left, Barry Brock, Kayla Standridge, Melissa Speed and John Williams.

Seven UTC graduates who also are military veterans were honored recently by Veterans Student Services in the university’s first Cording and Coining Ceremony.

The cords are given only to students who have successfully met all requirements to complete their degrees and to graduate. The cords’ red, white and blue colors signify military service or status as a military-affiliated student.

Presenting the coin has been an American military tradition for a century and is meant to instill unit pride, improve esprit de corps and reward hard work and excellence. For the UTC student-veterans, the coin honors the completion of their degrees and graduation.

Students honored in the ceremony were: