Father, Student, Landscaper: Heath Luallen has a lot on his plate 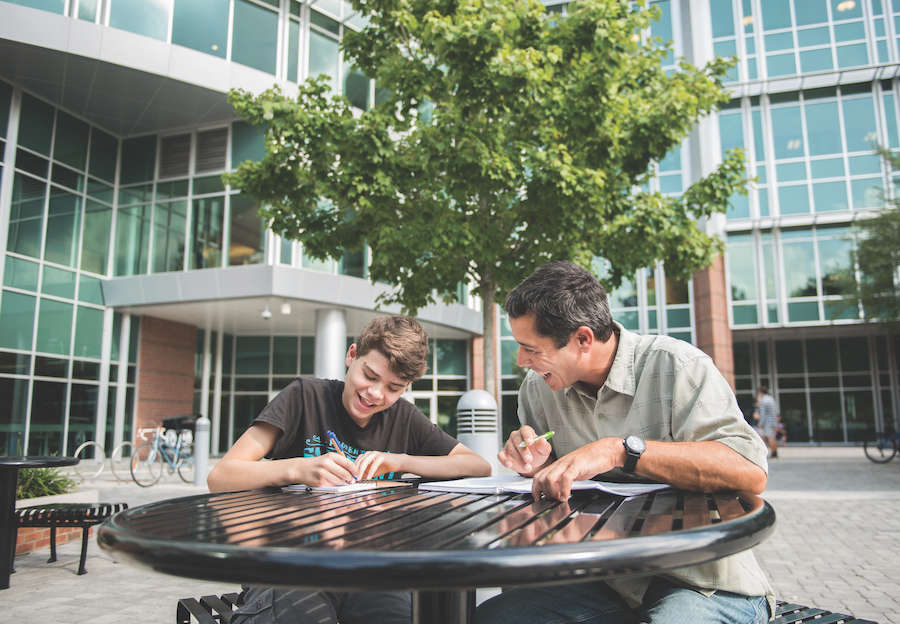 Heath Luallen is a single parent to his 13-year-old son Patrick.

Heath Luallen is going for the trifecta.

He’s pursuing undergraduate degrees in philosophy and religious studies at UTC. He works full-time as a supervisor on the university’s landscaping crew. And he’s a single parent raising a 13-year-old son.

That’s a lot of balls to juggle, he admits, but he takes steps to make sure none of them hit the ground.

“I drink lots of water; I exercise a lot. That keeps my stress level down,” he says. “I’m out here in nature eight hours a day, so I have a very good serotonin level. I get that mix of nature and nurture. And also with my education, my brain is active.”

Luallen has worked at UTC since 2009 and is taking six credit hours a semester, a drop from his original course load.

“As a full-time employee and full-time single parent, I wasn’t making A’s as I like to do,” he says.

He now plans to graduate in December and wants to pursue a master’s degree and perhaps a Ph.D. so he can be a professor, he says.

Luallen must be at work at 7 a.m., so each weekday he wakes up his son, Patrick, then he must leave the house before the teenager catches the school bus to Tyner Middle Academy. But Luallen is confident that his son—who currently wants to be a computer programmer—has it all together and makes sound judgments.

“Now that my son is 13, he’s very responsible and he’s a very independent guy. I get him up and get him started. He has his clothes ready the night before; his books and da da da and all of that, so I have to leave him and he has to get to his bus stop by himself.”

It may seem surprising to have a conversation with a landscaper who quotes famous philosophers and historical figures, but that’s the way Luallen likes it.

“I quote Nietzsche and Aristotle and most people I come in contact with are like, ‘Whoa, I didn’t expect that at all,’” he says.

The drive to “better myself,” he says, is grounded on his son, whom he calls “my inspiration.”

“I’m 43 and when he sees me still struggling to accomplish degrees, he’s like, ‘Wow, my Dad doesn’t quit.’ ”

“He has shown great initiative in improving his knowledge of landscape development and care over the years,” Ellis

says. “Heath’s efforts have been vital to presenting the best possible exterior environment for our campus community.”

Gretchen Potts, who taught Luallen in a general chemistry class years ago, describes him as “the employee that everyone strives to be. He doesn’t just do the job, he does the job well,” she says. “He cares that things look good. I’ve seen him pick up trash if he sees it on the ground, do a lot of the little things that others might not.”

The quality of his work is even more impressive considering that much of the year he’s working all day in the summer sun, she adds.

“Heath embodies what we all should be,” she says.

Luallen says Potts is one of the reasons he feels that everyone on the campus is part of a large family.

“Although we have faculty members and we have staff, I really don’t feel the difference that much,” he says. “And I had it brought to my attention the other day.”

He and Potts were passing on the sidewalk and he said, “Hi, Dr. Potts.”

“And she replied, ‘Heath, stop doing that. We are colleagues. Call me Gretchen,’ ” he recalls.

“That’s one of the greatest things I like about here.” 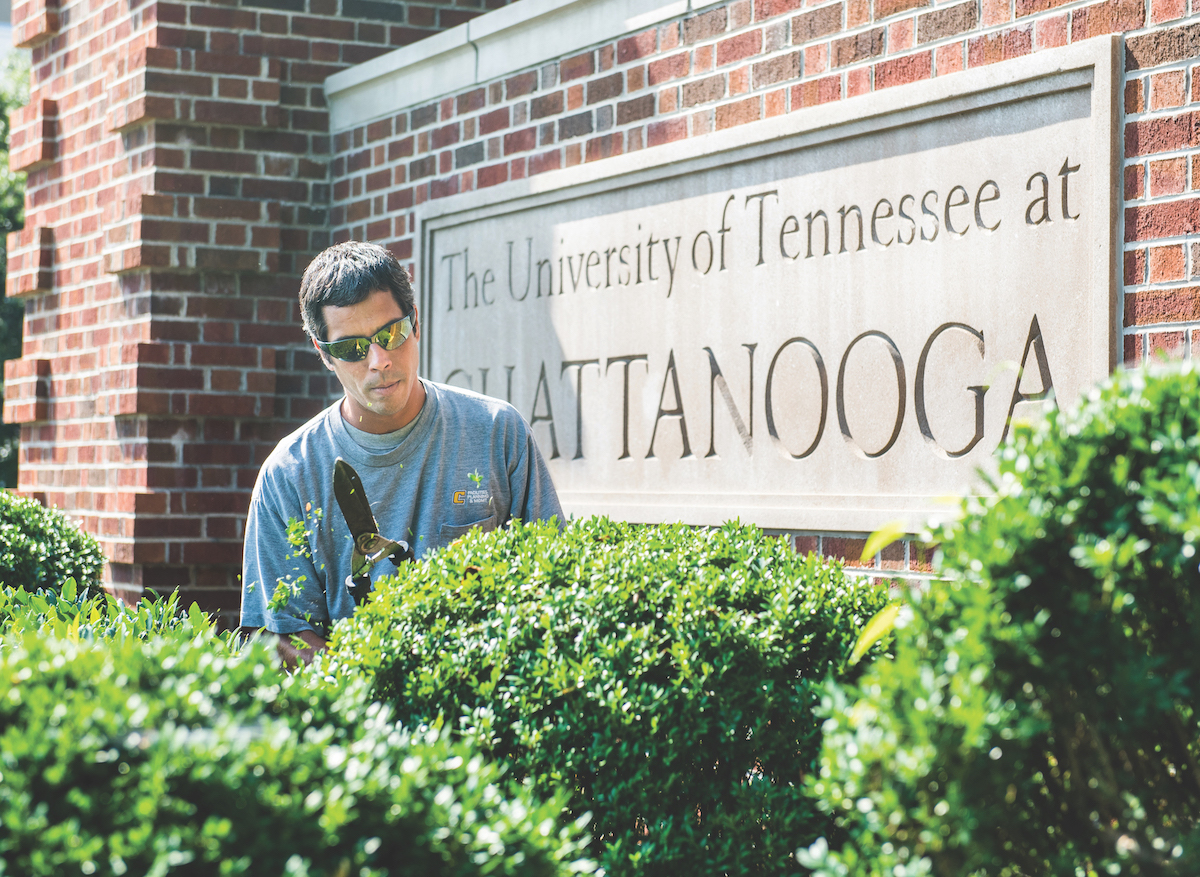 Heath Luallen is a supervisor on the UTC landscaping crew.

1 Comment » for Father, Student, Landscaper: Heath Luallen has a lot on his plate