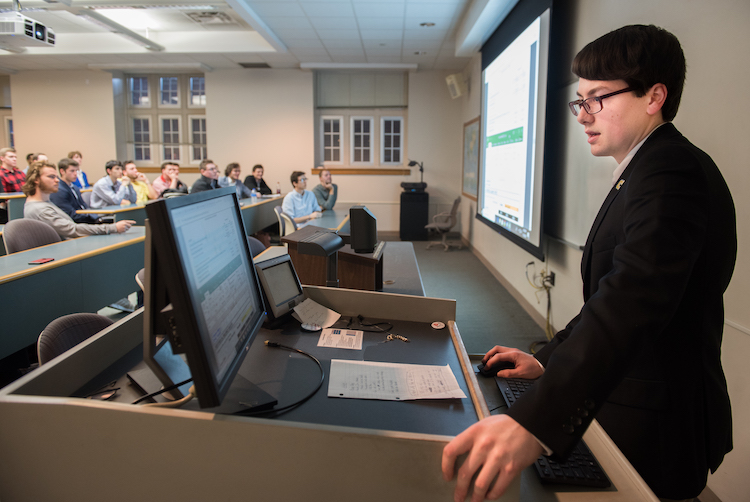 Stephen Zurlo, president of the SMILE Fund in the Gary W. Rollins College of Business, gives a presentation in Fletcher Hall. 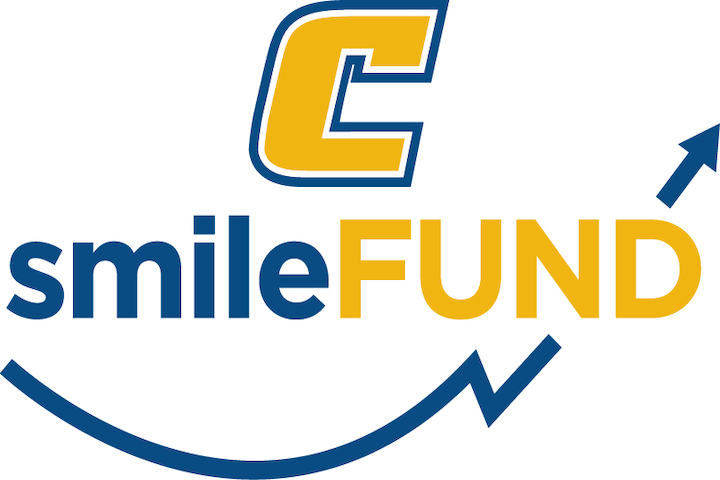 For the third year in a row, the SMILE Fund’s team is headed to the  Americas Regional championships in the CFA  Investment Research Challenge. The four-man team won the Greater Tennessee Regional competition to advance.

Set for April 23-24 in New York, the Americas competition features teams from North and South America. The winner moves on to the Global Final on April 25 and also held in New York.

In the CFA competition, teams are given a company to analyze and write a professional research report about. Following that, they make a presentation in front of a panel of judges who ask questions about the team’s research.

Last year’s SMILE Fund team finished in the Top 5 at the Americas Regional and was the only all-undergraduate team.

When Stephen Zurlo first came to UTC, he figured management was a good choice for his major.

But by the time he was a junior, though, he had changed to investments and finance. He credits the SMILE Fund for the switch.

“It had a huge effect. I has completely changed my career path,” said Zurlo, the current president of the fund, which he joined when he was a freshman.

Started in 2015, the SMILE Fund—Student Managed Investment Learning Experience—has taken an initial endowment of $250,000 endowment from the UC Foundation and turned it into $350,000, said Hunter Holzhauer, UC Foundation associate professor of finance in the Gary W. Rollins College of Business and faculty advisor to the SMILE Fund.

Obviously impressed with the fund’s success, the foundation recently gave another $250,000 to it.

At the inaugural SMILE Fund Luncheon, held Friday, March 22, in the University Center, members of the SMILE Fund offered their take on the stock market, the hows and whys of the stocks in which they invested and economic predictions for the coming months. The luncheon crowd included representatives from such local firms as Regions Bank, UBS and the Trust Co., among many others.

Because of the fund’s overall performance, many local businesses have awarded internships to SMILE Fund students, positions that sometimes lead to full-time jobs after graduation, Zurlo says. He, for instance, has had internships at TVA, Patten & Patten and the AllianceBernstein investment management firm.

Before enrolling at UTC, sophomore Jackson Williams dabbled in stock market investing on his own. He joined the SMILE Fund to learn more about the industry and financial strategies. It was a good move, he said, because the fund is much more than a “meet-once-a-week” social club.

“It’s a lot of work. You’re actually learning,” he said.