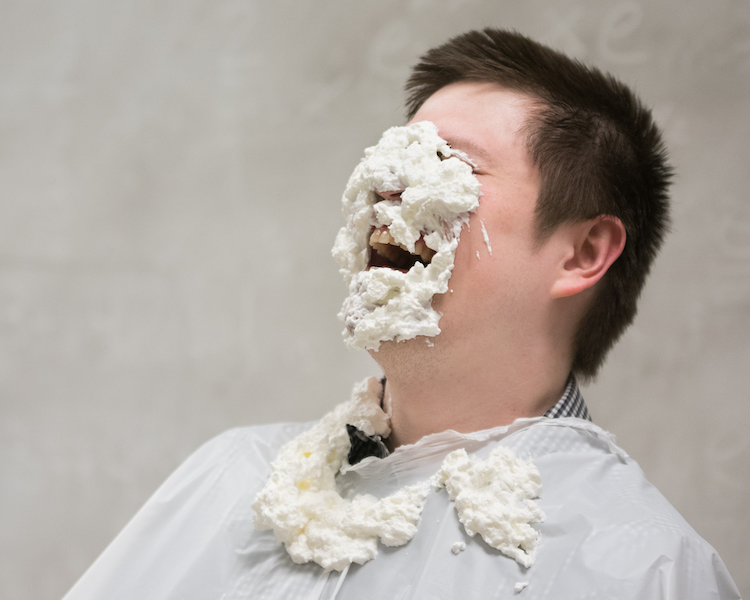 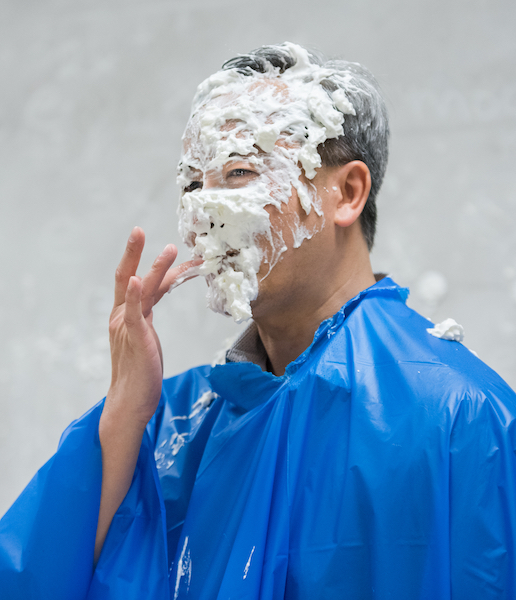 Math professors took it on the chin … and nose … and forehead … pretty much every part of the face, actually.

The UTC Math Club and Pi Mu Epsilon, the national mathematics society, sponsored “Pi Your Professor” on Tuesday, March 5. Anyone who paid $3 could chunk a whipped-cream pie into the face of a professor or graduate teaching assistant. Seven professors volunteered for the event and a total of 33 pies were heaved, says Rhionna Sims, president of the Math Club.

“Everyone had an enjoyable time,” she says. “It was great seeing our professors in a playful setting while also raising money for our organizations. It was very lively, and as people walked up to pie their professor, you could see the excitement on their faces.”

The money raised will be used for the Math Club’s Integration Bee event as well as puzzles, cards, games and other entertainment items for the Math Department’s student lounge, she says. 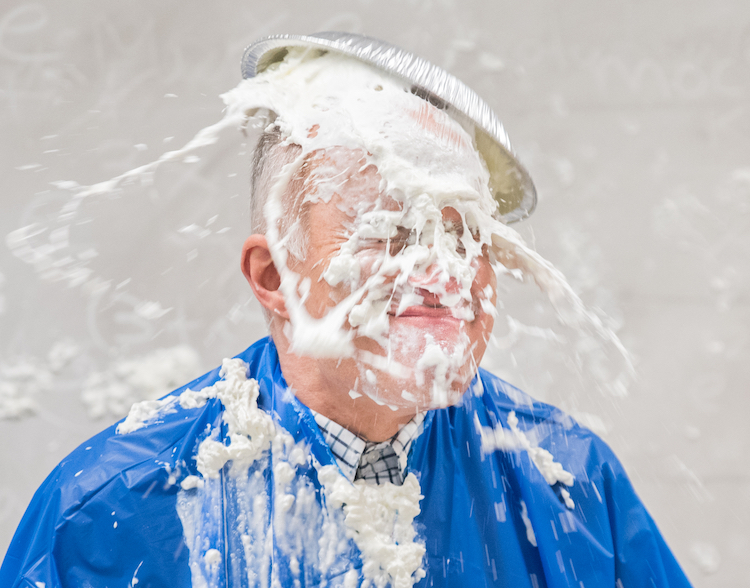 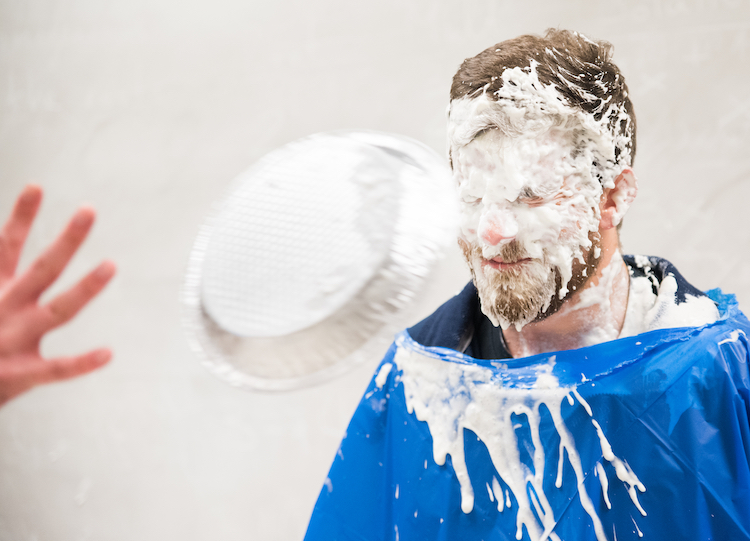 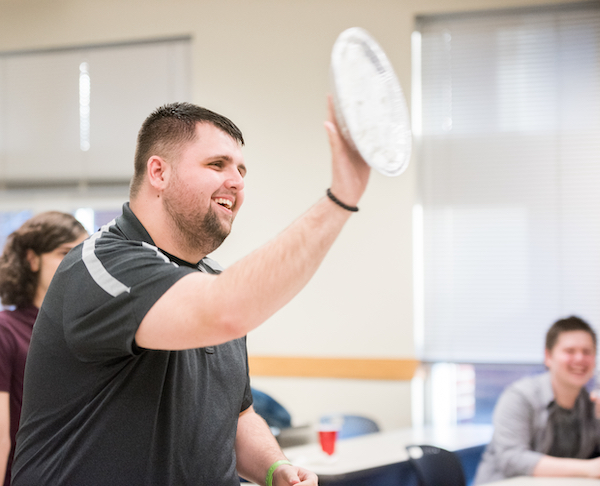 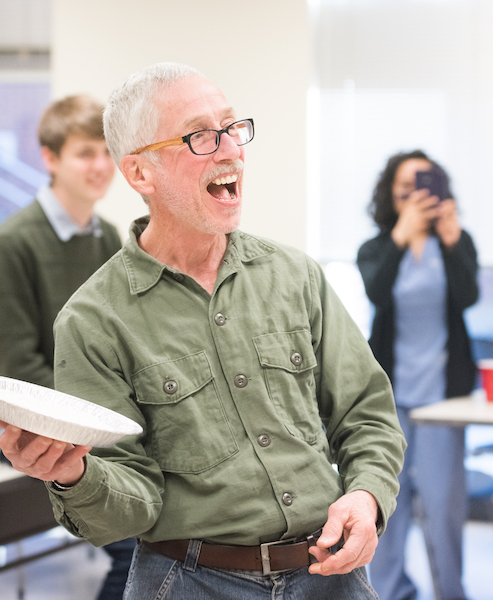 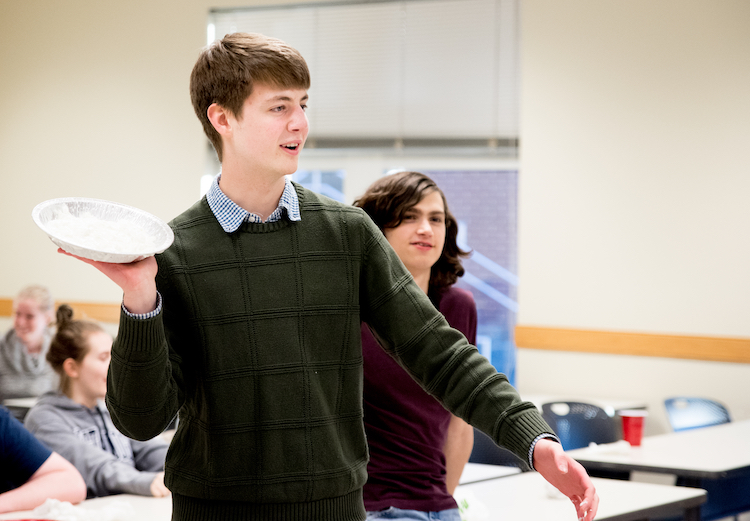 Peter Zeglen, vice president of the UTC Math Club, gets ready to chunk a pie. 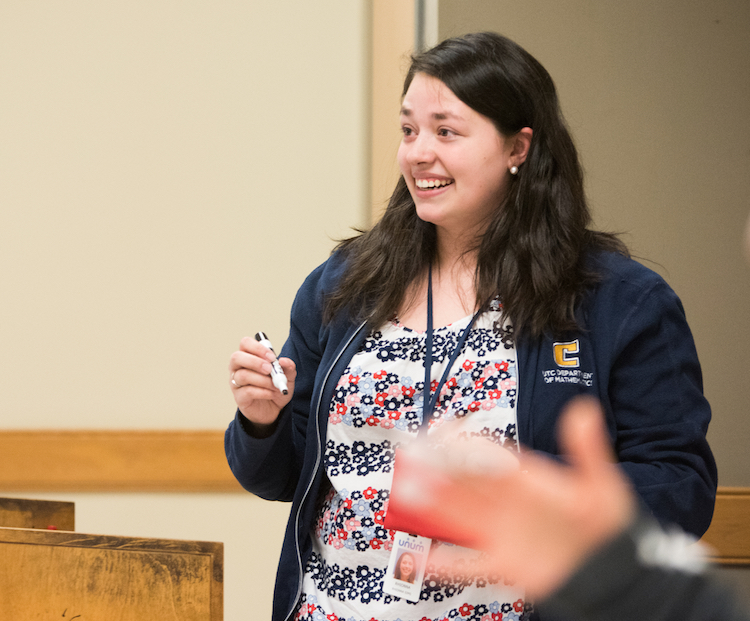 Rhionna Sims, president of the UTC Math Club, keeps a tally of how many times each professor has been pied.
Media Relations Contacts: Email Shawn Ryan or call 423-425-4363.