UTC grad lands recurring role on popular ‘This Is Us’ drama 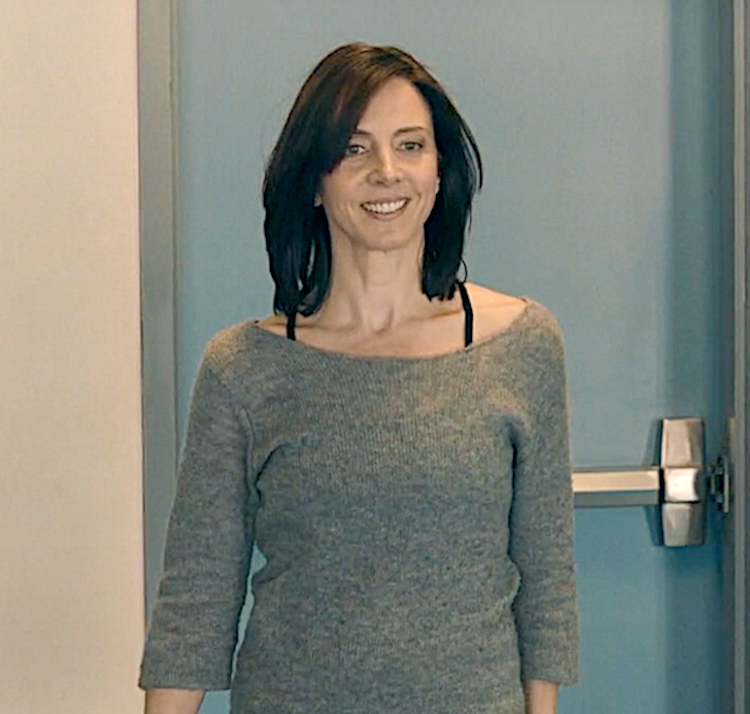 Maury Morgan is playing Liz, the dance studio owner, on the March 19 and April 2 episodes of “This Is Us” on NBC.

Even though she’s been an actor for more than 20 years and knows how things work behind the scenes, Maury Morgan still gets choked up when she watches the hit TV show “This Is Us.”

“You kidding me? I can’t watch that show without tissues,” says Morgan, who graduated from UTC in 1995.

Tears still flow and tissues still get soaked even though Morgan has landed a recurring role on the family drama as Liz, the owner of a dance studio. In fact, the new job had her crying even harder when was given the script for the episode that airs at 9 p.m. Tuesday night on NBC.

“Just reading the script, I was sobbing,” she says.

If you plan to watch the episode, “go to Costco and get the big thing of tissue,” she advises.

Morgan, who came to Chattanooga from Pulaski, Tennessee, was seen briefly — briefly as in the final few seconds — in the Feb. 19 episode, but her role expands in two shows that wrap up Season 3, the one that airs Tuesday and the finale on April 2.

The job is an extra layer of frosting for Morgan because she has been a fan of the popular family drama since the first season in 2016 , she says.

“I was blown away. It’s one of the best shows I’ve ever seen, at least in a long time. I loved it,” she says.

Morgan went through the usual multiple-audition gauntlet for “This Is Us,” then put it in the back corner of her mind because that’s what you do as an actor. If you sit and fret — “Did I get the part? Did I get the part?” — you’ll drive yourself crazy.

It was a few weeks later while she was on a plane that she got the news.

She opened her laptop, checked her email and there it was: The role was hers.

“I’m a seasoned, jaded person and I was shrieking out loud,” she recalls. “Everybody was looking at me.”

She originally came to Chattanooga to earn a degree in accounting with a minor in economics at UTC. Her heart was in acting, but that wasn’t going to fly with her parents.

To appease them, before she left for UTC she had to promise that she would get a college degree in something besides drama. A few semesters in, though, she realized a career in accounting “wasn’t going to happen,” so she switched to mass communications — and had to go back to her parents and promise again that she would earn a degree.

But she never gave up the dream of being a full-time actor and took several drama courses at UTC, including classes with professor Camille Hallstrom, who taught Introduction to Performance and Introduction to Theatre.

“Camille was such a wonderful, vivid presence for me,” Morgan recalls. “She was an incredibly passionate, dedicated and very serious woman about drama and how actors should approach work. She was an incredible example that you could be so excited about this and make it into your life.”

Hallstrom helped cement her determination to pursue acting as a career, Morgan says.

“At that point, I knew what I wanted to do, but everybody from where I’m from was asking, ‘When are you going to get a real job?’ I was always hiding that light under a bushel basket. I had to kind of conform until I was on my own.”

Hallstrom, who now teaches at Covenant College, says she is “delighted” at Morgan’s success.

“It is an encouragement to me—and I hope to current and future students—that you need not necessarily major in this area to discover and develop a talent in it,” Hallstrom says. “I am delighted for her (and by extension ‘us!’) and pray for her success, dignity and joy in what, as we know more and more with each passing news cycle, can sometimes be a pretty gritty work world.”

Morgan eventually graduated from UTC with a bachelor’s degree in mass communications and headed to Philadelphia, Pennsylvania, to pursue acting. The city might not be seen as an acting mecca like New York, she admits, “but I wasn’t brave enough for New York.”

Eventually she worked up her courage, though, and hit the acting world in the Big Apple and did what almost all newcomers do — took whatever jobs she could land. But she was living in Manhattan on 9/11 and says she simply couldn’t stay there after that.

“Like anybody who was in Manhattan, it was a searing experience,” she recalls. “I needed a breather from tall buildings and things like that.”

She found breathing room in Colorado, where she stayed until 2006 before taking the plunge and moving to Los Angeles. But finding work in LA was even harder than New York.

“There’s more opportunity, but 10 times the competition,” she says.

Basically, you have to be “Teflon-coated,” she says.

“I think everyone in this business, even some stars, have gone to the top then found themselves with long periods of ‘I can’t find a job.’ It’s a cyclical business.

“The key to that is just being interested in life and really loving what you do and having the commitment to see it through.”

She doesn’t know whether she’ll return for Season 4 on “This Is Us”; that’s one of the realities of being an actor. Your fictional life — and real-life paycheck — is in the hands of writers. And just being part of “This Is Us,” in whatever amount they give her, has been worth it, she says.

“It’s not just another acting job, simply because of the people who work on the show,” she says. “The environment there is exactly what people who watch the show would think it would be. It’s warm; it’s inclusive; it’s enjoyable.”

Tagged with: maury morgan this is us