‘They need you,’ UTC grad tells School of Education students 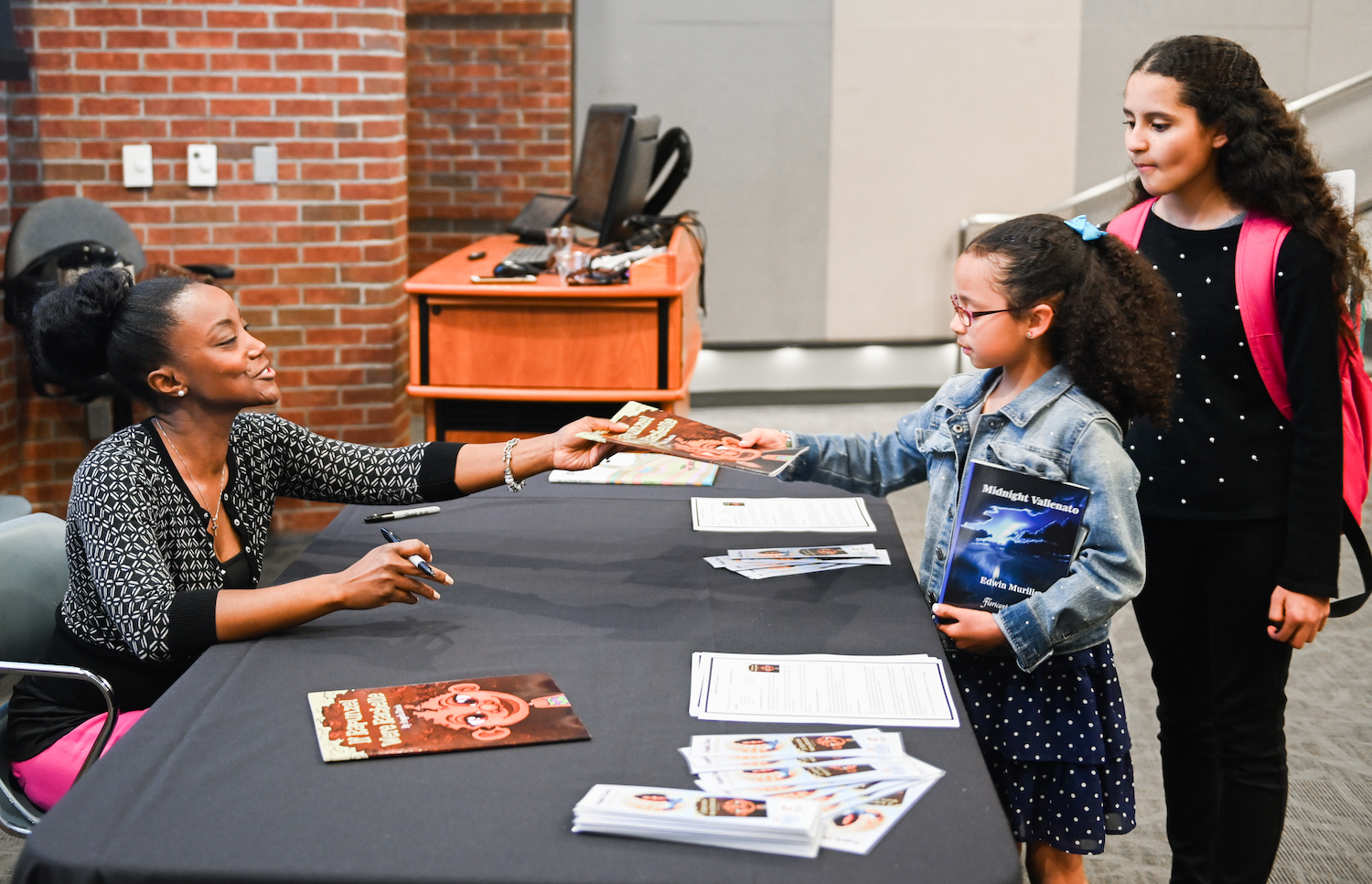 It took The Lion King to convince Angela Davis to write a book.

Her daughter, 11-year-old Aliyah, had been cast in the New York stage production of the famous Disney film. She began as an elephant in the Circle of Life scene but graduated to the role of Young Nala, the lioness and childhood friend of Simba, the eventual Lion King.

So for a year, she and her mother lived in New. York.

“I was so inspired by her I thought: I’ve got to do something to inspire her now,” said Davis, who earned a bachelor’s in Human Ecology: Child & Family Studies PreK-4 in 2006 and a master’s in Elementary Education: Reading Specialist in 2009. She’s now at East Lake Elementary School.

So she wrote If Rapunzel Were Rachelle, a children’s book that imagines: What if Rapunzel and her magic hair were African-American? It came out in 2018 on Keen Vision Publishing.

“I was raising a girl and I was teaching in school where I was working with both boys and girls,” the 36-year-old Davis said, speaking to a group of of whom were student majors in UTC’s School of Education.

One thing she noticed was a lack of confidence and self-esteem in the young girls. “They didn’t value themselves enough,” she said.

Her own daughter was one of those girls. Aliyah came to her one day and asked to have her hair straightened so she would be “pretty,” Davis recalled.

To prove that beauty is not just a matter of straight hair, Davis shaved her head, which led to If Rapunzel Were Rachelle.

“I started to grow it naturally and that kind of pushed me into: I wonder what this fairytale would look like if her hair looked like mine?”

She has a second children’s book in mind: If Cinderella was Sierra, as well as projects to develop teaching tools based on her books for elementary schools.

“I do want you to know there’s a sense of urgency out there that we don’t hear about,” she told the UTC students, noting that statistics show that a child who can’t read at grade level by third grade is 13 times less likely to graduate.

“You’re serving. They need you,” she said.