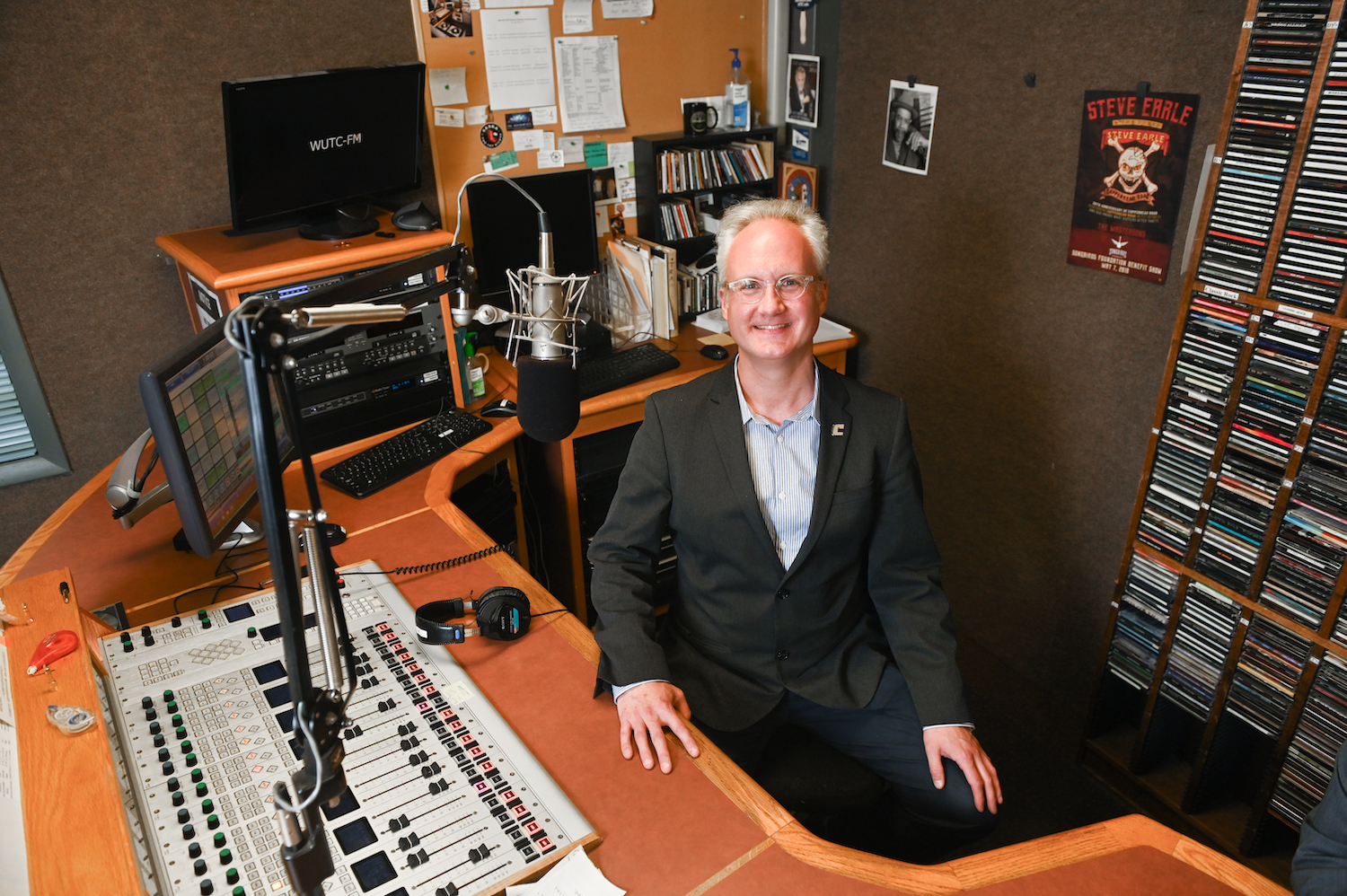 Ray Bassett comes to Chattanooga after spending more than a decade working in radio in New York City.

When: 3 p.m. Tuesdays-Fridays, with an encore show on Mondays at 3 p.m.

Information: www.wutc.org or download the WUTC-FM app to listen on your mobile device.

On Tuesday, he begins bringing a daily talk show to listeners of WUTC-FM 88.1, Chattanooga’s National Public Radio station. Scenic Roots will air at 3 p.m. Monday through Friday, leading in to NPR’s national news program, All Things Considered, which begins at 4 p.m. weekdays.

Bassett recently joined the staff of WUTC-FM, based at the University of Tennessee at Chattanooga, bringing more than 20 years of experience as a producer and editor in New York City—including with famed broadcaster Charles Osgood on The Osgood File.

Bassett also brought the idea of launching a program that didn’t exist anywhere else in the city’s broadcast market: long-form conversations with the people, events and issues that matter to the region.  The idea comes to life in Scenic Roots.

“I spent more than 20 years in New York City, and I had a great run between CBS News and the Associated Press – above all, as Charles Osgood’s executive producer for radio for the last 10 years of his career.  After he decided to retire completely from broadcasting, I took a little sabbatical to figure out what I wanted to do next,” Bassett says.

About nine years ago, The Osgood File did a piece after Chattanooga introduced a fiber-optic system that was first and fastest network in the United States. The nickname “Gig City” was born.

“That stuck in the back of my mind,” Bassett says.

When the position at WUTC opened, both the job and the city intrigued him.

“I was ready for a change of place and a change of pace; I did a little research on the area and decided it could be a good fit.”

On Scenic Roots, Bassett, along with producers Will Davis, Haley Solomon and Karley Dodson, plans to go “behind and beyond” headlines and bring voices from across the spectrum to “conversations that matter in the heart of Chattanooga and the Tennessee Valley.”

Most of all, serious or lighthearted, they want to give the Chattanooga radio audience “great stories.”

“I am fascinated by what Chattanooga and the Tennessee Valley uniquely offer, and I am honored to be part of WUTC’s brand-new push to provide local news and information for our community,” Bassett says. “From newscasts with Bill McLean to the show I will host, Scenic Roots, I am especially fortunate for the team around my show and all that they do.”

Bassett, a Minnesota native and alumnus of Carleton College, says Chattanooga has reminded him of various stops on his career path. For instance, he began work in radio on Lake Superior near where it separates Duluth, Minnesota and Superior, Wisconsin.

“The combined population of both of those cities when I was there a generation ago was about that of Chattanooga,” he says. “There’s synchronicity in so many ways.”

Such as the frequency of WUTC-FM, 88.1. It’s the same as the station at Bassett’s alma mater, Carleton College. Carleton’s school colors—maize and blue—also are strikingly similar to UTC’s blue and gold. And rivers: the Tennessee famously bends through Chattanooga, while the Mississippi separates Minneapolis—where Bassett lived for a time—from St. Paul, Minnesota.

Then there’s Charles Osgood’s wife, Jean, a native of Fayette County in West Tennessee, just east of Memphis and the Mississippi River.

“After I’d been hired and before I moved down here, I teased her and said, ‘You know, I’m never going to forget you, Jean, once I move down there because I hear so many people who sound like you,’” Bassett says.