‘It felt unreal’: Antarctica in the summer still not swimsuit weather

When he woke up every day around 6 a.m. and put on his work clothes, Jett Urtubees sometimes felt like Randy, Ralphie’s little brother in the holiday film A Christmas Story.

You remember Randy; he’s the kid who “looked like a tick about to pop” after squeezing into his winter clothes to go to school.

Urtubees wasn’t going to school, but he was facing temperatures far worse than what even Ralphie and Randy experienced in their Indiana home. The average daily temperature was 10 degrees, but the wind chill could drop it to -28.

It makes sense, though. Urtubees was in Antarctica.

“It made me realize I’m not a fan of cold weather!” he jokes.

He was lucky. It was summer on the bottom of the planet. In winter, temperatures range from 0 degrees to -30.

Urtubees, a junior in marketing, and Austin Robinson, an undergraduate student in business finance at the Gary W. Rollins College of Business, both work for Southern Spear Metal Fabricators, a Chattanooga company that was constructing metal buildings at McMurdo Station. A third UTC student, Culton McBrayer, also was on the trip.

About 3,000 tons of steel was fabricated in Chattanooga, then shipped to the international research community located on Ross Island. The island sits about 40 miles off the coast of Antarctica, but is connected to the continent by a solid sheet of ice called the Ross Ice Shelf that’s 500 miles wide, or approximately the size of France, and, in some places about 2,400 feet thick.

“All you could see for miles was white, flat and hilly terrains,” Robinson says.

“Overall, we were ecstatic; it felt unreal,” Urtubees adds.

He and Robinson, along with the rest of the Chattanooga team, 14 total, traveled to Antarctica in January and returned in March.

“When I heard we were going to Antarctica, I thought it was a joke,” Urtubees says.

But once Southern Spear president and CEO Sean Compton made it plain that the trip was serious, Urtubees says “I was up for the adventure.”

After a number of flights and layovers that totaled about 18 to 20 hours—including an 11-hour flight from San Francisco to Christchurch, New Zealand—they took a C-17 military transport aircraft to McMurdo.

Each working day at McMurdo, the pair got up about 6 a.m. and started work by 7, putting up the steel for a new vehicle maintenance facility.  Robinson says the average day would go from work to lunch to more work. At the end of the day it was dinner, talk to girlfriend and family for about an hour over on the smartphone, a workout then sleep. Get up the next morning and do it all over again.

While there, they sometimes saw packs of orcas swimming near the shore and skuas, a predatory seabird somewhat similar to a seagull, would regularly fly near the station’s cafeteria.

“If someone walked out with food they would try and take it,” Robinson says.

It wasn’t all work, however. The pair were able to take snowmobiles to

Mt. Erebus, an active volcano about 12 miles from McMurdo. Uturbees describes the trip as “incredible.”

“Also, just looking at the mountain range across the bay from our construction site was very humbling. Just taking a second to look at the nature made me realize the rare opportunity I was given.”

Both say they came back with a different perspective on life in general.

Robinson says he learned to be “extremely patient, because down there everything takes way longer than you think it would.”

Uturbees says being so isolated from the rest of the world “gave me a lot of time to reflect on many things in my personal life due to the lack of distractions and clutter thrown at you on a daily basis.”

And he wants to go back.

“We never got a chance to explore inland, but now that I’ve been to McMurdo, I want to make it all the way to the South Pole.” 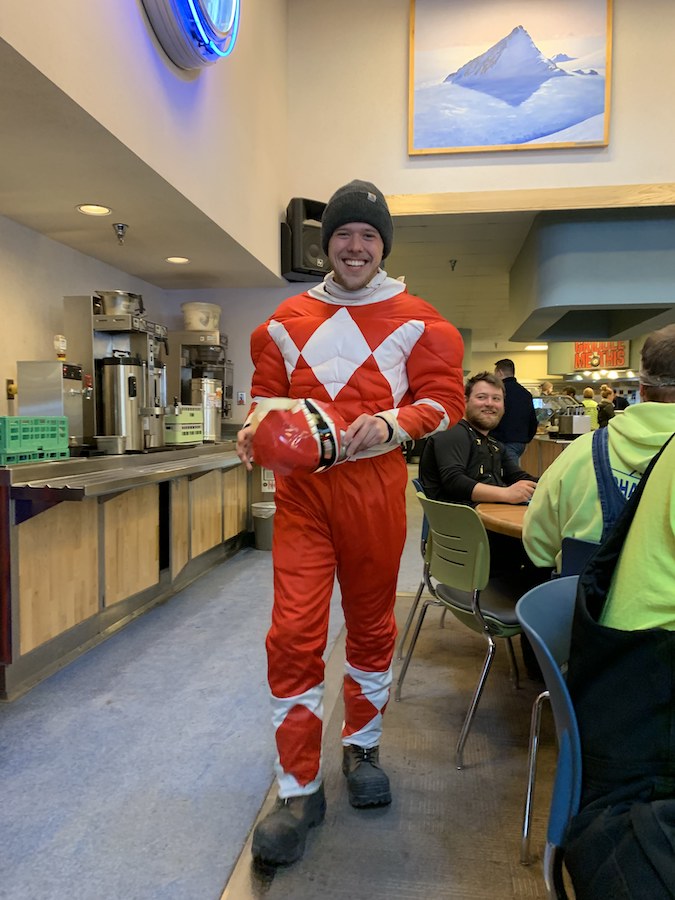 While the world outside is pretty rough at McMurdo Station in Antarctica, Austin Robinson can tell you that the cafeteria isn’t too shabby. 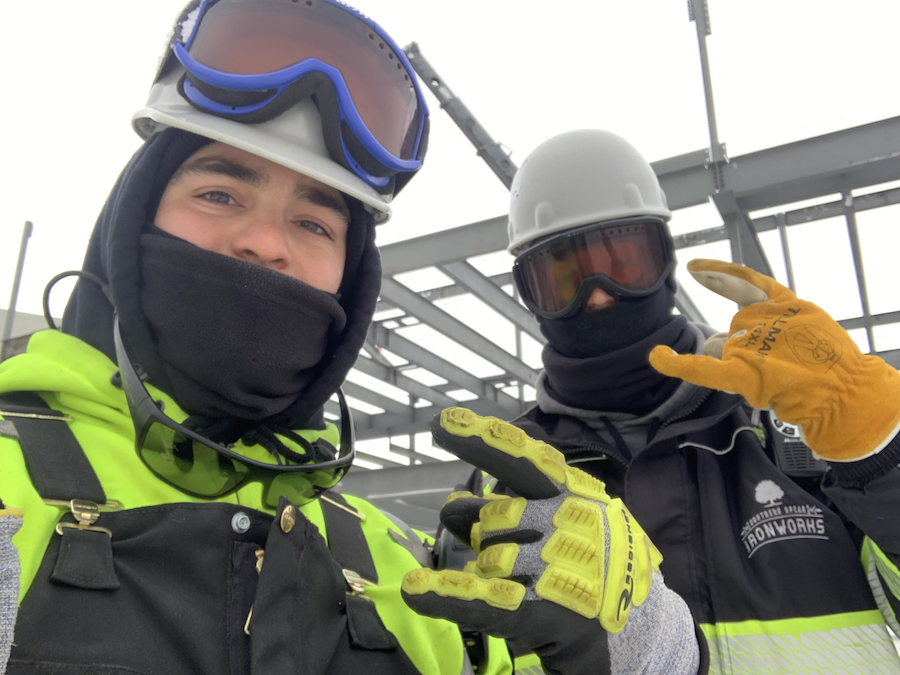 Jett Uturbees, left, shows that the Power C is still in effect in Antarctica.

Temperatures ranged from 0 to -30 degrees. 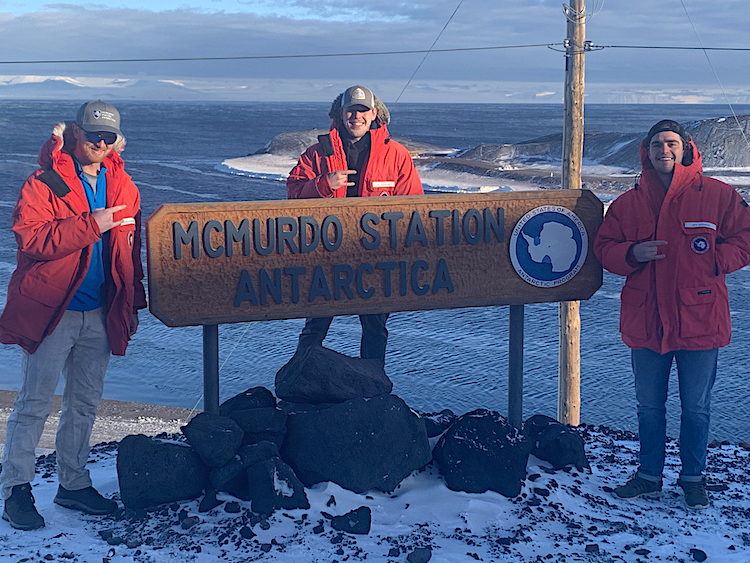 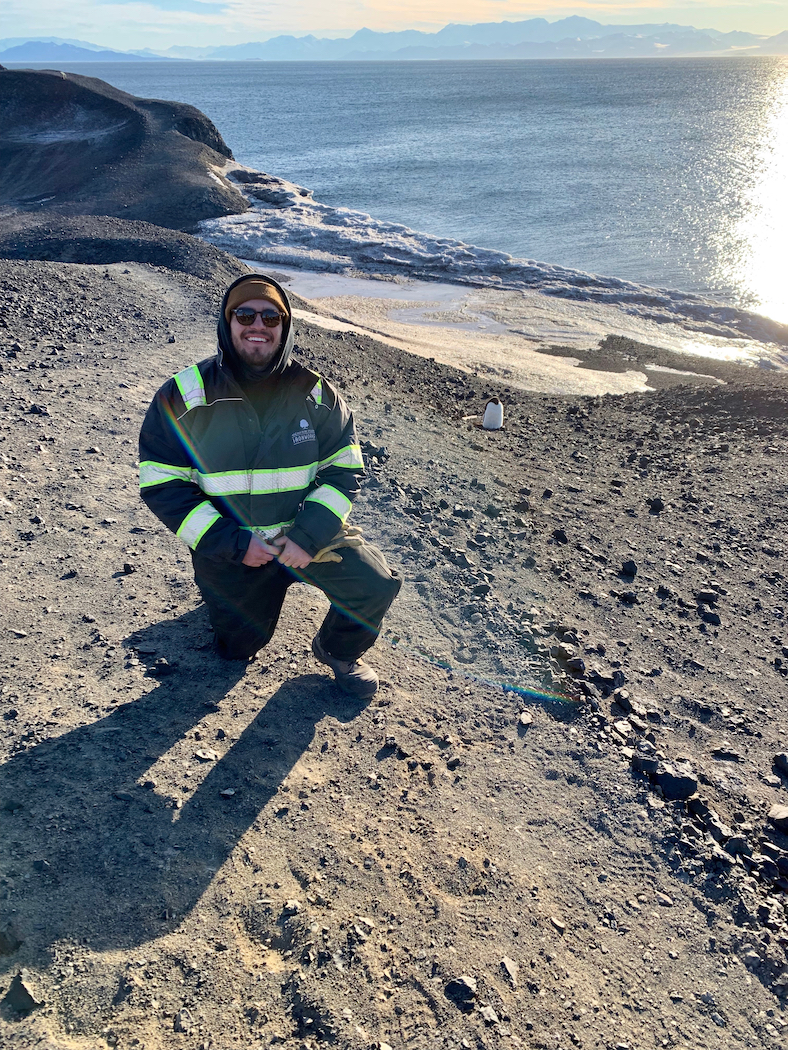 Jeff Uturbees and, far in the background, a penguin pal. 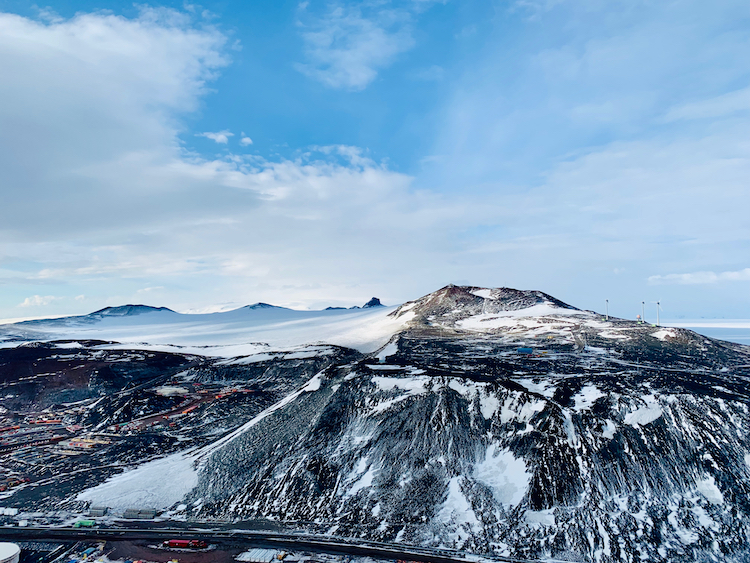 Although many think Antarctica is a snowy wasteland, the continent also has plenty of rugged mountains. 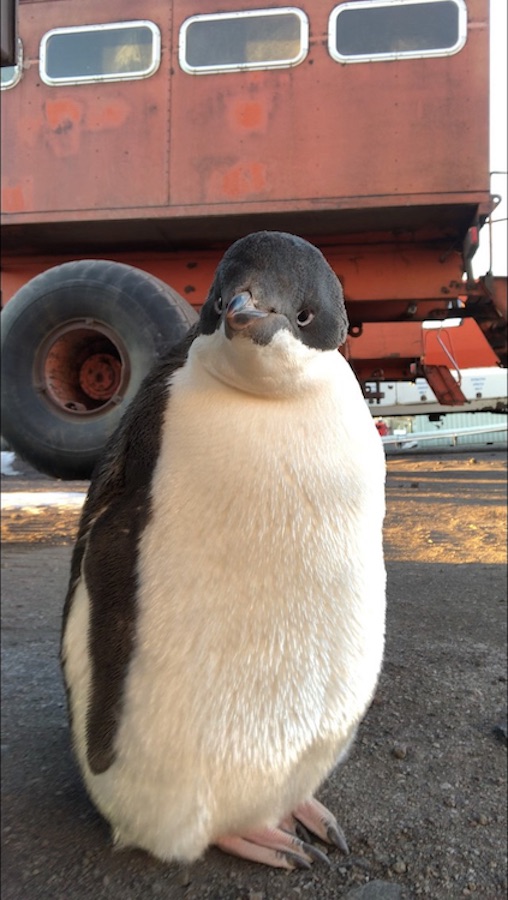