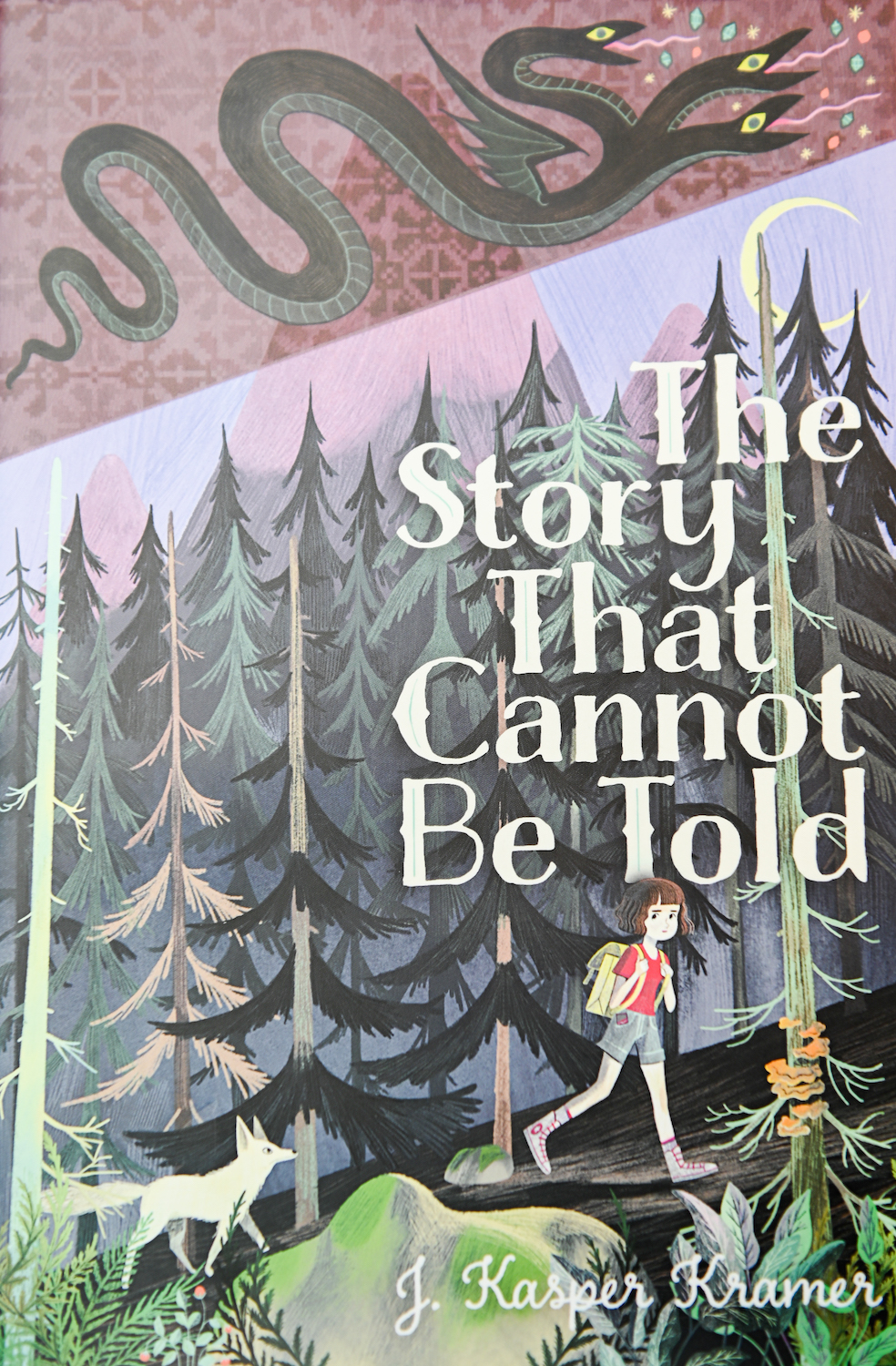 To write her debut novel, Jessica Miller tapped into her inner—or perhaps not so inner—geek.

“I’m a huge geek,” says Miller, who teaches English composition at UTC. “I love fantasy; I love historical drama; I love fairy tales, folklore; I play a lot of video games. So I’ve always been into that kind of stuff.”

“That kind of stuff” turned into The Story That Cannot Be Told, her debut novel that will be officially released on Tuesday on the prestigious Simon & Schuster Atheneum imprint. To kick everything off, Miller—who writes under the pen name J. Kasper Kramer—is holding a book signing on Tuesday in the UTC Library.

The novel already has earned positive, starred reviews from Publisher’s Weekly and Kirkus Reviews and, for those who aren’t familiar with the trade publications, it’s a big deal. And it kind of freaks her out.

“You have to step back and be like: ‘What? Trade reviewers are reading my book?’ Just that alone is just mind-blowing,” she gushes. “And then it’s: ‘Wow! They considered reviewing it?’ And then: ‘Wow! They really reviewed it and it was positive?’ And then to have starred reviews is just not even …”

The book focuses on Ileana, a 10-year old girl growing up in Romania in the late 1980s, when the country was still communist and ruled by brutal dictator Nicolae Ceausescu. Ileana wants to be a writer, a dangerous choice because any writing considered anti-government can mean death.

Her uncle is a poet whose writing falls into that category and he vanishes. Ileana’s parents send her to her grandparents in the Carpathian Mountains, but it doesn’t mean she’s safe.

The book actually began as Miller’s thesis for her master’s  in creative writing, which she earned from UTC in December 2017. Once she finished it, her faculty advisor on the thesis, Sarah Einstein, thought the book was good enough to publish.

“Jessica Kramer is talented and artful writer. Her work is always infused with a potent mixture of research and imagination, and her prose is a pleasure to read,” Einstein says. “We are lucky, here at UTC, to have so many talented writers in both the graduate and undergraduate creative writing programs, and we are always excited to celebrate their successes.”

Most first-time novelists must send tons of query letters to agents and publishers just trying to get a foot in the door. And most times that door is slammed when only the toes are sticking through. Einstein, though, knew an agent in New York City. Miller sent the novel to him, he accepted her as a client and sold the book to Simon & Schuster.

“Believe me, I know it is the least-inspiring story for aspiring writers,” Miller says with a rueful laugh. “It was very much right place, right time, right person.”

While The Story That Cannot Be Told is being marketed as historical fiction, Miller’s geek also sees it as having elements of magical realism.

Miller is a lover of folk and fairy tales, including a Romanian one in which Princess Ileana outsmarts three evil princes.

“Ileana deeply connects with this story and she’s always trying to rewrite it,” Miller explains.

There actually was a real Princess Ileana of Romania who was born in 1909 and died in 1991. Being able to blend real history and real geekery makes for a duality that helps her write, Miller says, and was one of the keys to The Story That Cannot Be Told.

“I think what wound up happening is that my academic stuff and my geek fantasy/horror-loving self kind of found this middle ground where I was grounded in real historical research. That’s my academic side, and my geeky side gets to: ‘OK, where do the ghosts come in?’”

Tagged with: Jessica Miller The Story That Cannot Be Told