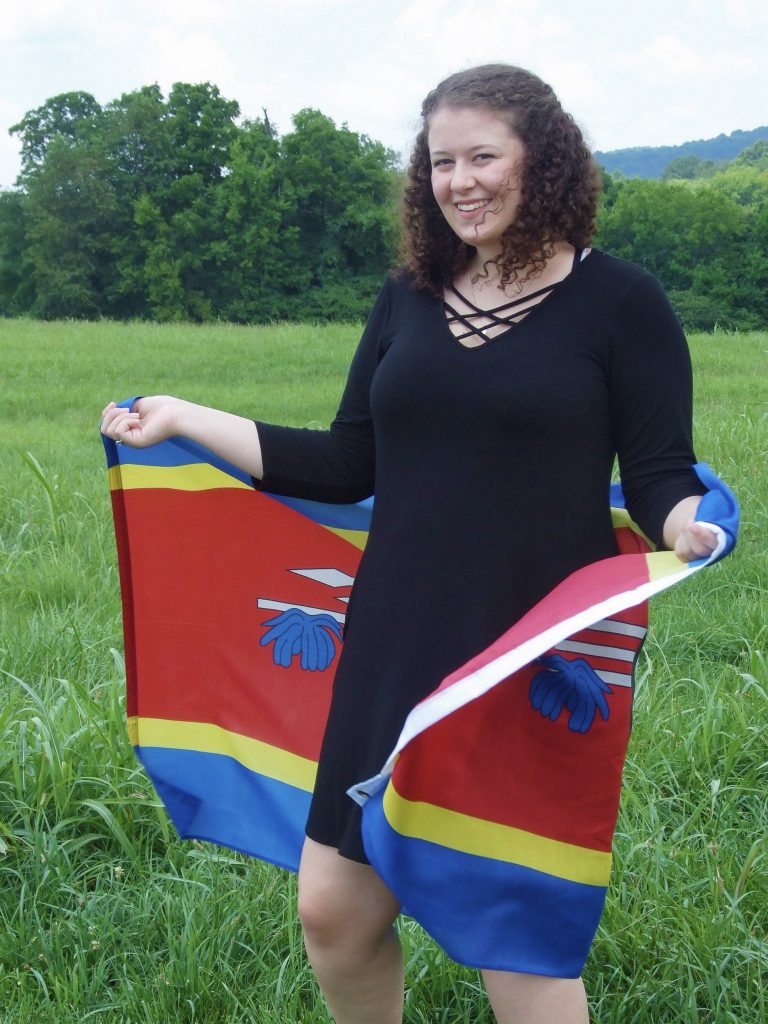 University of Tennessee at Chattanooga alumnus Mackenzie Blackstock has been accepted into the Peace Corps in the African country of Eswatini. She will serve as a community HIV/AIDS mitigation officer volunteer for 27 months. Her appointment starts at the end of September 2019.

The opportunity allows for her to make a lasting impact, says Blackstock, a general biology major from Spring Hill, Tenn.

“Peace Corps allows me to work at a grassroots level for an extended period of time, and I think that this will provide me with the greatest opportunity to make a lasting difference,” she says.

She will work in cooperation with the local people and partner organizations on sustainable, community-based development projects that improve the lives of people in Eswatini, known as Swaziland until 2018.

“I am so pleased to have been assigned to Eswatini,” Blackstock says. “Friends who have traveled there in the past have spoken very highly of the people in Eswatini. I hear that they are some of the kindest and most welcoming.”

Working in the country will help her develop leadership, technical and cross-cultural skills that will give her a competitive edge when she returns home, she says. She enjoys working in the medical field and plans to continue her education after her Peace Corps commitment is finished.

“I am thrilled that I have the chance to work alongside clinics in Eswatini,” she says. “I hope that my work there will provide me with a foundation to further my education.”

The Peace Corps sends Americans around the world to work with communities and create lasting change. Since President John F. Kennedy established the Peace Corps in 1961, more than 235,000 Americans of all ages have served in 141 countries worldwide.

Applicants have the option of choosing to serve where the need for their skills is greatest or applying directly to open programs in specific countries and regions. Accepted applicants live with host families and receive three months of training before being assigned to a community.

Tennessee has 82 residents currently serving as Peace Corps volunteers, four of whom are UTC graduates. More than 100 UTC alumni have served since Peace Corps.

To learn more about how to get involved with the Peace Corps, visit www.peacecorps.gov.