For more information about the Passage, email: info@thepassage423.org 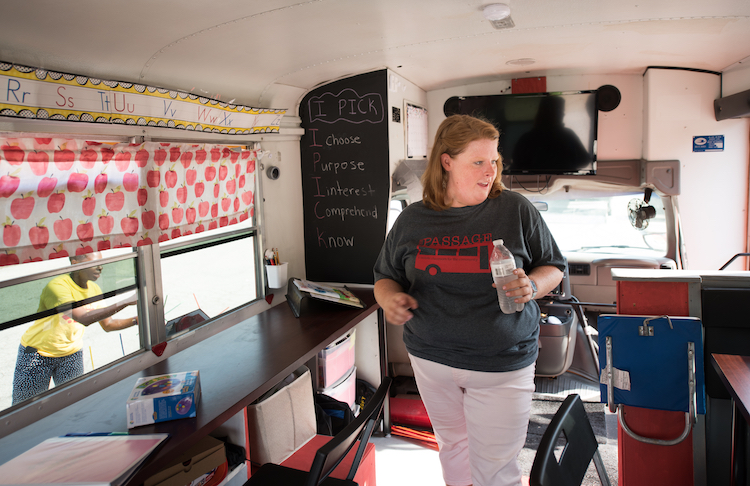 The Passage has books, laptops, desks and learning activities onboard.

Colleen Ryan thought it was just a routine school assembly in the cafeteria at Rivermont Elementary.

The kindergarten teacher was told the school was being honored for reaching a Level 5 rating, the highest rank of academic growth in the Hamilton County school system. But the assembly wasn’t for that accomplishment. She was told a big ol’ fib.

Ryan, who graduated from UTC in 2015, had been selected as Toyota Family Teacher of the Year for 2019, an award open to teachers across the country.

“I was like, “What!? I was shocked; I was stunned. I had absolutely no clue,” she recalls. “My principal was in on it; everyone was in on it except me,” recalls Ryan, a graduate of the University of Tennessee at Chattanooga who earned her bachelor’s degree in 2015.

On Nov. 5, she will be honored at the annual National Center for Families Learning conference in Louisville, Ky.

She received the award in part because of the Passage, a retired school bus that she and her partner, Brittany Harris, area learning coach for Harrison Bay Vocational Center who earned both her bachelor’s and master’s degrees at UTC, 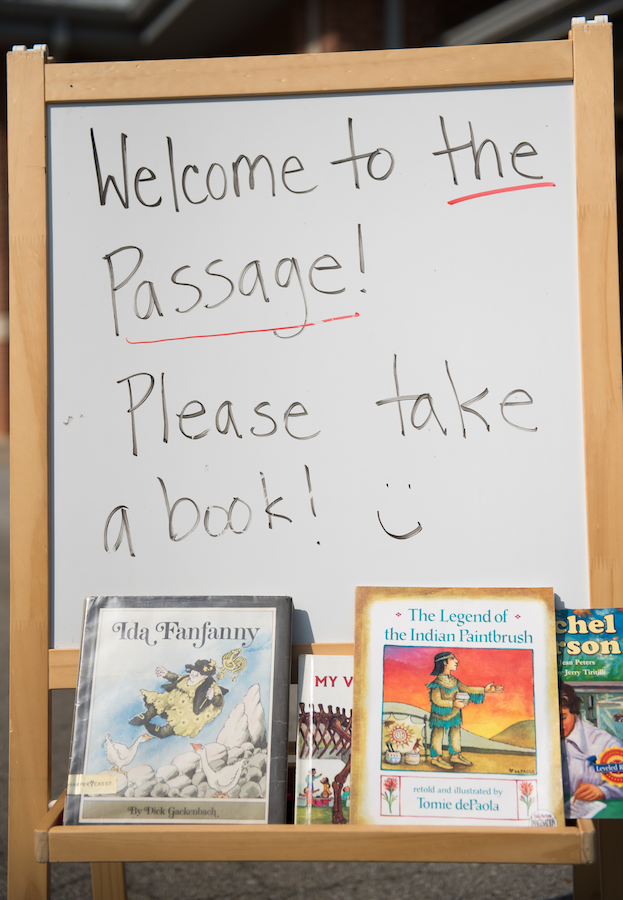 transformed into a classroom on wheels. Since November 2016, they take the bus to homes or community centers every Saturday, bringing desks, computers and learning materials to students and their families.

“We service families every Saturday for 20 to 30 minutes for each family, and it’s just a time for us to build relationships and teach strategies to parents and students,” she explains.

In fact, it was Harris who nominated Ryan for Teacher of the Year.

“Colleen is an overachiever that goes the extra mile for her community,” Harris says. “She deserved the award for her dedication, perseverance, and innovation. Colleen found a challenge and created action steps, that provides families with the resources and knowledge needed to achieve excellence.

“She is a beacon of light for her school and community, which strengthens and guides future leaders.”

Working with students from kindergarten to fifth grade, they focus on what Ryan calls “bubble students.”

“They’re not high-achieving but also they’re not extremely low. These students get looked over a lot of times.”

Often, these students also have some behavior issues in class, sometimes reported several times a week for the way they act. But, in some cases, that’s changed since the Passage drove into the picture.

“We’re able to see growth, behavior growth,” Ryan says. “Students that were getting referrals five to seven times a week are now down to about two.”

The pair usually see two to three families a week for four weeks and have worked with about 30 families, she says. They’ve also conducted programs for kids without their families at community centers. “So we’ve probably serviced about 175 students,” she says.

Harris says that they knew that involving the parents was a critical piece of the puzzle.

“We knew the parents are a child’s first teacher,” she says. “Therefore, we thought if we built a partnership with parents, this would create empowerment within the family.

Through the Passage, Ryan says she has discovered that, when it comes to reaching a student, you first must develop a relationship.

“Without a relationship, they’re not going to be able to want to learn and be excited to learn,” she says. “You have to make that connection, even if it’s about a book or a math problem or a science experiment. You have to make those connections, so they are excited and eager to keep continue learning.”

3 Comments » for Co-creator of mobile classroom, Colleen Ryan selected as Toyota Family Teacher of the Year