by UTC Communications and Marketing October 7, 2019 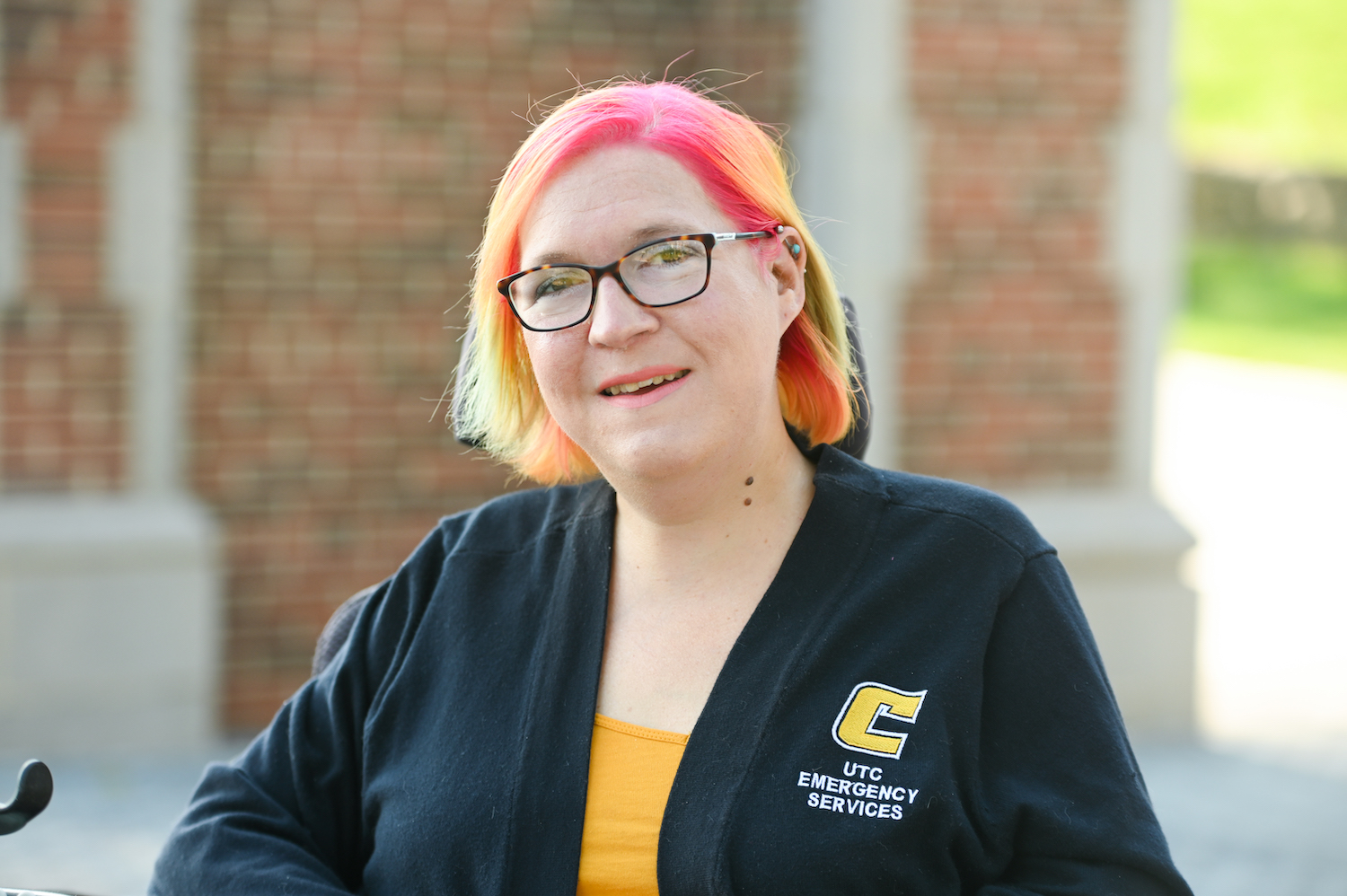 Jean Marie Lawrence is an emergency management planner at UTC. 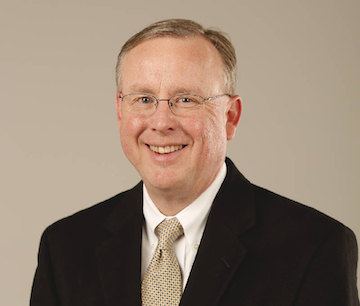 When Jean Marie Lawrence was looking for a wheelchair-friendly hair salon a couple of years ago, she contacted Jerritt Patterson of the ed/it salon on Frazier Avenue.

Patterson, a co-owner of the then-new salon, offered to come to Lawrence’s Chattanooga apartment for a consultation and haircut.

Lawrence, who is a 32-year-old emergency management planner at the University of Tennessee at Chattanooga, has muscular dystrophy. Not all salons are set up to accommodate folks who use wheelchairs, she said, despite the Americans With Disabilities Act that requires access.

“I thought, ‘That’s awesome.’ He didn’t even know me,” said Lawrence, who recently campaigned for a seat in the Tennessee Legislature. (She ultimately lost to state Rep. Robin Smith.)

Lawrence’s Twitter bio describes her as: “Dreamer. Achiever. Believer. Disability advocate. Feminist.” She was named Ms. Wheelchair Tennessee in 2012, according to the bio.

For his part, Patterson said he was happy to gather his shears and a hair dryer and take to the road to visit Lawrence for their first encounter.

“It was the first time I had performed a service on someone who couldn’t move out of a wheelchair,” Patterson said.

Together, the two decided to move their next appointment to the North Shore salon, which had just opened with a mission to serve all clients in an atmosphere of relaxation and pampering, regardless of their circumstances.

“I don’t think I would be doing my job to my fullest ability if I did not allow one of my customers, disabled or not disabled, to feel the exact same experience as everyone else,” Patterson said.

The salon features black and white furniture and has a modern vibe and an eclectic client base. Lawrence, who likes vibrant hair colors, felt right at home.

Patterson said he and co-owner Eddie Garza decided when they opened the ed/it salon to make it as inclusive as possible. When they renovated the space earlier this year, they made sure the shampoo sinks were positioned so Lawrence could have her hair washed in comfort.

Patterson is 6-3, so having a client in a wheelchair that raises, lowers and tilts actually makes his job easier, he said. He looks forward to Lawrence’s visits and considers her a friend, he said.

“Jean is very independent,” Patterson observed. “She does not let her disability hold her back. She lives within the area, and she has her wheelchair and it’s mobile. She loves the atmosphere of being in a salon.”

Because she likes vivid hair colors, Lawrence’s visits to the salon are often extended affairs, which can take three to five hours. She sometimes orders in lunch and enjoys a half-day of conversation and hair styling. One time she might get her hair pink and blue, the next time yellow and red.

“I enter a lot of hair salons, and it’s hard to get around,” Lawrence said. “The staffs don’t know how to help me. Then you have owners like Jerritt and Eddie who go beyond the law. They embody the spirit of the ADA and disability rights.

“They don’t look at it as a law, they look at it as every person has the right to feel they are being served in the best way possible,” she said. “They go above and beyond.”

Mark Kennedy can be reached at mkennedy@timesfreepress.com.