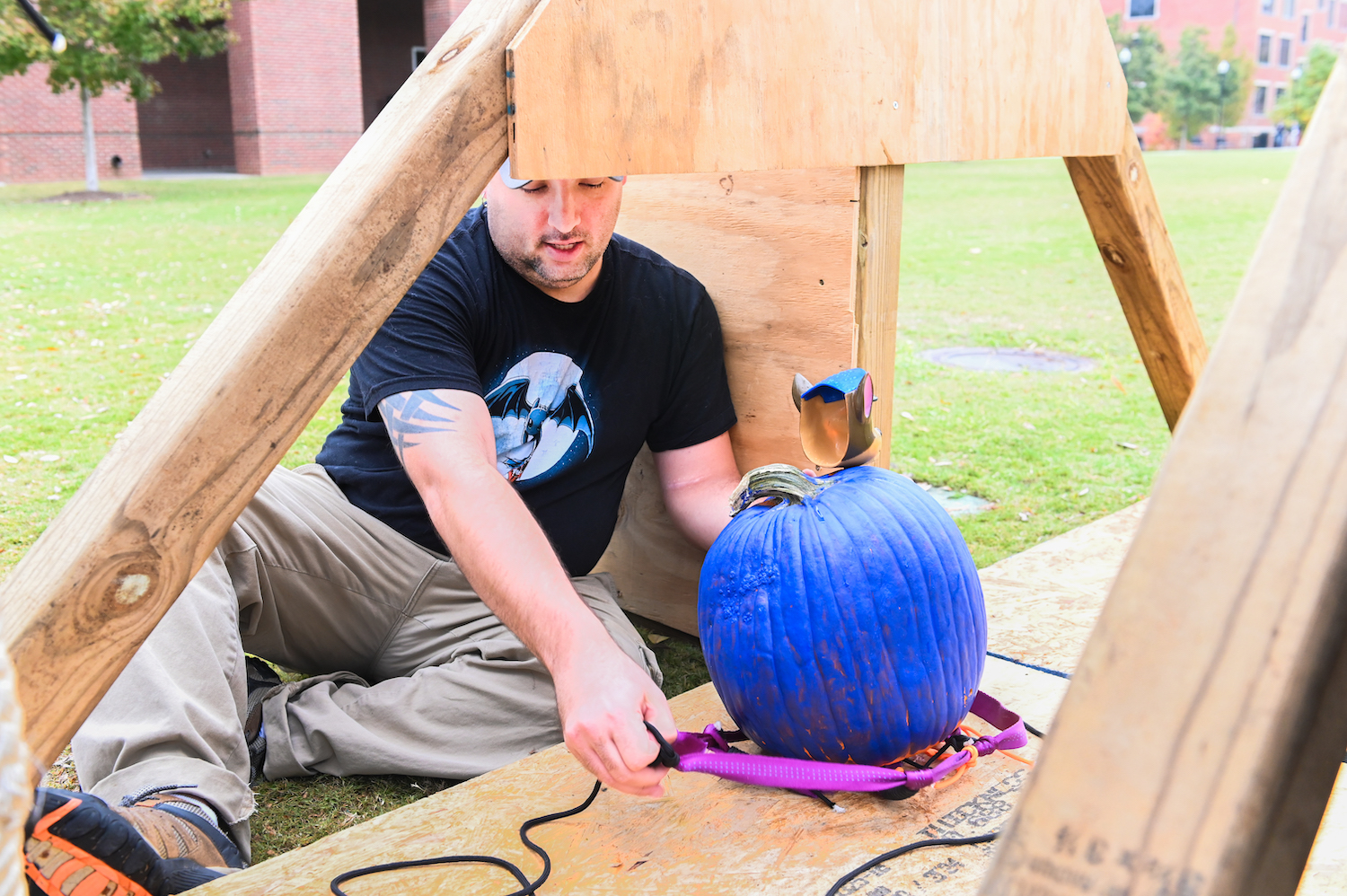 UTC STEM student James Collins gets a pumpkin ready to be launched by the homemade trebuchet.

It was a massacre.

Orange pumpkin guts lay scattered across Chamberlain Field as a crowd looked on, watching and laughing and taking photos.

They had good reason.

Students from the STEM Project-Based Instruction class were launching pumpkins using their homemade trebuchet, which is sort of a like a catapult but instead of chuckin’, it flings. The war machine replica was a project in the class, taught by professors Jennifer Ellis and Laura Federico.

The first pumpkin lifted off about 12:15 p.m. and rain stopped the proceedings about 2 p.m. The farthest flight was about 210 feet, said Gavin Reiniche, one of the students.

The flingin’ began with real pumpkins, then switched to plastic, trick-or-treat pumpkins filled with candy.

After student Anna Hasler designed the device, her classmate Stone Gray cut the muscular pieces of wood. It took about three weeks to put it all together and make sure it worked, Reiniche said

“It’s fun now, but it wasn’t fun earlier this week when I couldn’t do my back too well,” he said with a smile.

As the punkin’ chunkin’ wound down, Ellis mentioned that Crossroads Dining facility had some pumpkins left over from Halloween.

“What are they going to do with them?” she asked.