by UTC Communications and Marketing November 20, 2019 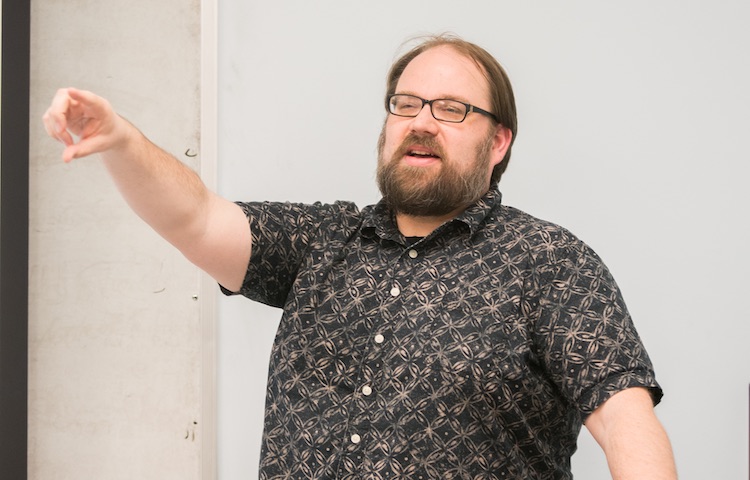 Ethan Mills, assistant professor of philosophy and religion at UTC, has been elected as the president of the Tennessee Philosophical Association for 2020.

Mills says he was nominated at the association’s business meeting earlier this year, so his selection at the annual conference a few weeks ago wasn’t a complete shock.

“I was prepared, but nonetheless extremely honored to be nominated and then elected,” he said.

Brian Ribeiro, UC Foundation professor of philosophy and former president of the TPA, says Mills’ election as the organization’s president is “a great honor.”

“I am sure he will do an excellent job handling all aspects of the next TPA meeting in 2020,” Ribeiro says.

One of his main responsibilities as president, Mills says, is to help plan the annual TPA conference for 2020, which takes place in late October or early November at Vanderbilt University in Nashville.

“This entails setting the dates, inviting a keynote (speaker), reading all the submissions, deciding which papers to accept and working with Vanderbilt faculty, staff and graduate students to handle the on-the-ground aspects of the conference,” he says.

Along with those jobs, his personal goal is to find a keynote speaker who is an expert in non-Western philosophy, “for example, in Asian, African, or Native American philosophical traditions,” he says.

“I also hope to attract some new attendees to the TPA to interact with the ‘usual suspects’ who attend every year, while at the same time fostering the statewide community of philosophers in Tennessee,” he adds.

“The TPA’s main goal is to create a community of philosophers from across Tennessee. I’m glad to be part of this community, and I look forward to doing my part to maintain it and maybe even expand it in 2020.”