Allison Swinford made a life-changing decision to attend UTC 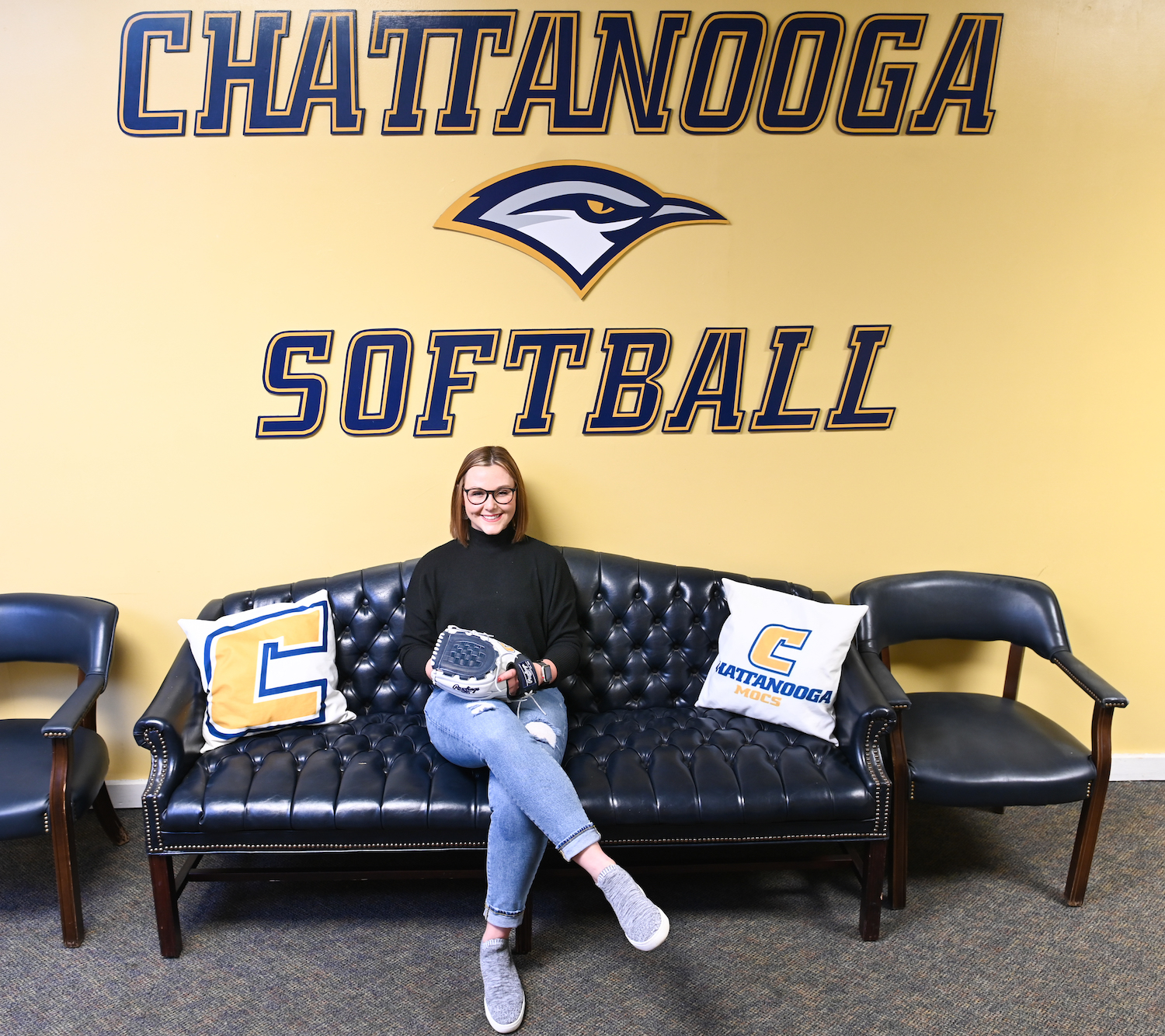 As a pitcher on the Mocs softball team, Allison Swinford helped the team win its 14th Southern Conference Tournament championship.

It was an act of nobility one might not expect out of a high school student.

During her freshman year at Dalton (Ga.) High School, Allison Swinford already had her sights set on joining the U.S. Military Academy after graduation. A pitcher on the school’s softball team, Swinford was captivated about going to West Point, and the Army was interested in her.

“I was playing at the state tournament. West Point was there, looking at athletes, and I got struck in the leg,” Swinford recalled. “I got up and kept pitching the rest of the game with a severe leg injury. They were just drawn to me, I guess. My parents used to tell me, ‘If you’re not bleeding or dying, you’re still playing.’ And I guess the West Point coach liked that intensity that I brought to the mound.”

From that point, Swinford, now a junior at the University of Tennessee at Chattanooga majoring in professional writing, went through the necessary steps to get into West Point, including the nomination process. And for the better part of three years, that is where she planned to go.

But then a conversation happened that changed everything. A path that seemed so clear suddenly lost focus.

Swinford spent the summer before her senior year in a West Point platoon with “a bunch of really great people,” she said. “I was talking with this guy, and he said to me, ‘I can’t wait to come here. I came out of the hospital in a West Point onesie. My dad went here, and my grandfather went here. I can’t wait to be a part of this legacy.’ That got to me. I sat there thinking, ‘Why am I here? Why is this so important to me?’

“I could do all of the physical things. I could carry the weight on my back, get up at four o’clock in the morning and run, do all that stuff. But I didn’t have that same level of passion that he had. My heart wasn’t into serving in the military like his was. My heart was in a sport, and that sport was softball.”

Swinford went home to a tough conversation with her parents. She told them she didn’t want to take away an opportunity from someone else. “They weren’t happy because, of course, any parent would want their kid to be successful and graduate with the honor that comes from graduating from West Point,” she said. “But I told them I couldn’t stay there. I realized that I wasn’t supposed to be there.

“I didn’t know what was going to come next. I had turned away offer after offer because West Point was my main goal. I literally had no plan, and I de-committed.”

For the first couple of months of her senior year, Swinford had no idea of what was in her future. It was late in the cycle not to know if her college softball pursuit was a dream or a reality. In fact, it was getting late not to know where she was going to attend college. She hadn’t started the admissions process. Acceptance letters were already being sent out. What about financial aid and class schedules?

Luckily for her, the Georgia high school softball season takes place in the fall, and it gave her an escape; instead of focusing on the “what-ifs,” she concentrated on her grades in the classroom and retiring batters on the diamond.

In late October, she found herself in the pitcher’s circle for Dalton at the state tournament once again. UTC head softball coach Frank Reed was in attendance.

“We knew she thought she was going to go in the Army, and we could see why,” Reed said. “She has that bulldog mentality that she thinks she can run through walls, and we liked it.

“Division I schools don’t get much of a chance to recruit in the spring because that’s our season as well, so we had been watching Alli pitch that fall. We were getting to the point at which we were trying to decide about her. We liked her, and sometimes, the late ones get the best opportunities.”

Reed was impressed. He reached out to Swinford’s high school coach to gauge her interest in coming to Chattanooga to pitch for the Mocs, and the recruiting process began soon after.

After a period of uncertainty about her future, Swinford was looking for a miracle, and it quickly came via a UTC scholarship offer.

“Although I was not expecting to get the scholarship I received, I was very hopeful that one would come my way,” she said. “If you’re a high school senior and you don’t have anywhere to play, you’re more than likely not going to be able to play at a college that you want to play for, or play for a Division I college, period.”

Swinford has rewarded Reed and UTC for having that faith in her. Among her career highlights, she went the distance in UTC’s 10-1 victory over the University of North Carolina at Greensboro last May 11 to give the Mocs their 14th Southern Conference Tournament championship and their 11th NCAA Tournament appearance.

“Looking back, it was fascinating to see me just stepping out in faith knowing that if I was supposed to play softball it would happen, and then Coach Reed just feeling like I would be a good asset to the staff,” Swinford said. “It’s almost unheard of for someone to get a scholarship that late, especially one like I was blessed to receive.”

Chuck Wasserstrom is the Director of Communications for UTC's Office of Development and Alumni Affairs.