Covering comics collective to get a taste of journalism 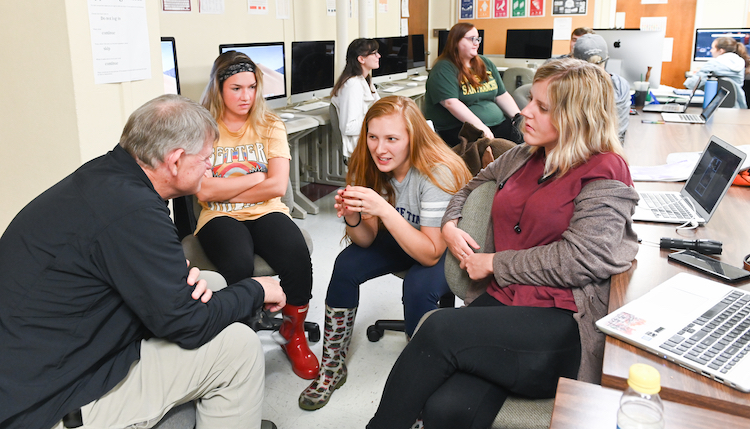 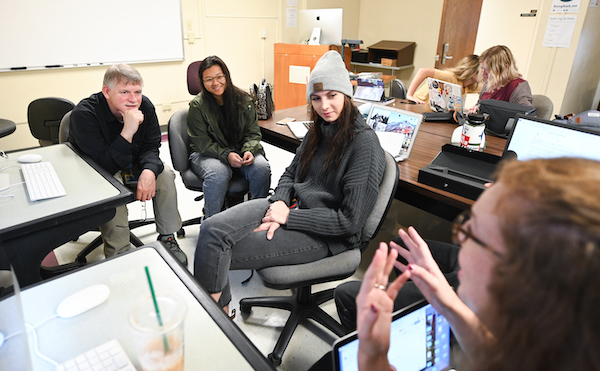 That’s kind of the point.

Ogle, who is majoring in communication, is talking about Rising Rock, the course that introduces students to real-world journalism, opening their eyes to the multiple and sometimes complicated steps it takes to put together a multimedia project that includes writing, editing, video, photography and podcasting.

“One of the learning outcomes of this class is to work as a team and tell Chattanooga-based stories. It’s based off a newsroom experience,” says instructor Billy Weeks, who spent more than 30 years as a newspaper photographer.

Ogle was one of four of the students—Amanda Morgan Fann, Christopher Wilson, McKenzie Carver and Ogle—who pitched a story to Weeks on Chatt Comix Co-op, a group of like-minded artists and writers who both create and love comics and get together every other month to talk shop and give each other encouragement. Deadline for the story and all its elements was two weeks from the time Weeks approved it.

Like many journalists, the UTC students went in with very little knowledge of the subject, not only about Chatt Comix Co-op but comics in general. By doing the story—which they called “Spooky Sketches,” they learned a great deal, a common occurrence with professional journalists, too.

Ogle, not a big comics fan, says she didn’t realize how many comic artists and writers there are in Chattanooga. “There’s a ton.”

Wilson, not a big comics fan either—“I only maybe read one comic in my life before this”—says he has more respect for the process of making one.

“I knew nothing about how the writer and artist worked together, which was enlightening. I have a lot more respect on all the elements that go into making them.”

Wilson was the videographer on the story and it was a bit difficult to line up his schedule with the Chatt Comix Co-op members. He didn’t finish his end of the project until the day before it was to be published so the pressure was on. But he still noticed the similarities between the Rising Rock project and the work of the comics group.

The students’ understanding the importance of working together has parallels to their experience putting the story together.

“They’re discussing all these ideas for upcoming comics,” Wilson says, “and I thought, ‘Hey, the writers and artists talking are kind of like me with writers and trying to get all of this done on a deadline.”

One of the main problems for putting together all the pieces in the Chatt Comix puzzle was organizing the different and wide-ranging elements, says Fann, lead editor on the project.

“I had to make sure to get our group together whenever there were missteps. There were a lot of missteps,” she says. “Talk to each other and keep each other up-to-date on a more-regular basis.”