Music, spoken word and video details the legacy of the 14th Amendment 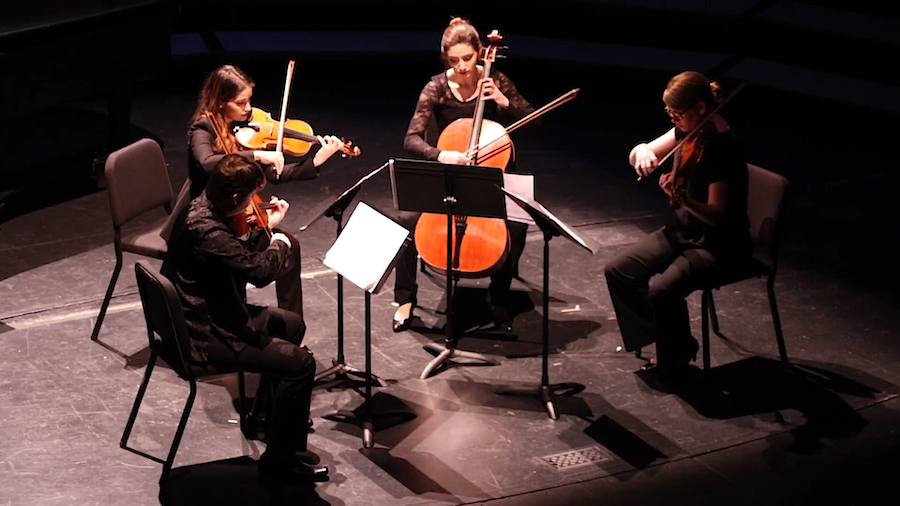 What: The 14th Amendment: All a Cryin’

The people are smiling—including a young girl—obviously having a good time. An enormous crowd gathers on and around the Walnut Street Bridge in downtown Chattanooga.

The objects of their happiness? Dead black men and women hanging from trees, telephone poles and bridges, the victims of lynchings.

Such harrowing images are part of the short film, The 14th Amendment: All a Cryin’, which is part of an event set for Feb. 24 in Barking Legs Theatre.

The amendment says all U.S. citizens, regardless of race, religion, gender or sexual orientation, are entitled to equal protection under the law. The 18-minute film contends that, despite the amendment’s promise, those protections are not always honored when it comes to African Americans. To make its point, along with the lynching photos in the film it includes video snippets showing violent takedowns and shootings of blacks during arrests in recent years.

“I spent pretty much two whole days finding the material and having this growing feeling of dread in my stomach as I watched all of it,” said UTC videographer Jacob Cagle, who put the film together. “It was so profoundly horrific. You feel absolutely lost and helpless after spending hours watching and rewatching the footage, just trying to find some reason in all the chaos.”

“We’re not bashing anyone. We’re just telling the truth of the history,” she says.

The upcoming presentation of the film at Barking Legs is not just a journey of visual horror. Opening the program are the Singing Mocs, a new a cappella group at UTC who will add its voices to a recitation of the Langston Hughes poem, “Let America be America Again.”

The film also features a spoken-word performance by Barking Legs’ Marcus Ellsworth as well a string quartet performing a musical piece written by Jonathan McNair, UC Foundation professor in the UTC Department of Music. The piece also is titled The 14th Amendment: All a Cryin’ and is based on an old spiritual, “Listen to the Lambs All a-Cryin’.”

“Around 2015, I started following a newsfeed that was posting videos of African Americans being brutalized by police at routine traffic stops. And that was really painful, and made me really troubled and angry. And I decided that I had to do something,” McNair says.

“As I thought about the subject matter, the refrain of the spiritual called ‘Listen to the Lambs All a-Crying,’ it began to occur to me. Who are the lambs all a-crying? The people who are being brutalized and killed. Their families who have lost their loved one. Maybe they had children, maybe they had siblings. They certainly had parents. They had friends in the community.”

In the musical piece, each instrument and the music it plays corresponds to one of those affected people:

The 14th Amendment: All a Cryin’ has been performed twice before, once in February 2019 at the UTC Multicultural Center and again in August 2019 at the Bessie Smith Cultural Center. In its debut, McNair’s music was performed by the Marian Anderson String Quartet, an ensemble of four African-American musicians who have performed at presidential inaugural ceremonies and in concert and music festivals across the country. The ensemble conducted a residency at UTC in 2014.

At the end of the film’s debut, the audience was stunned, Brown says, “People could not say anything, not a word. There was silence for 15 minutes.”

Some also have seen the film twice and Brown says their comments echo a central emotion.

“It hits you in the jugular every time.”