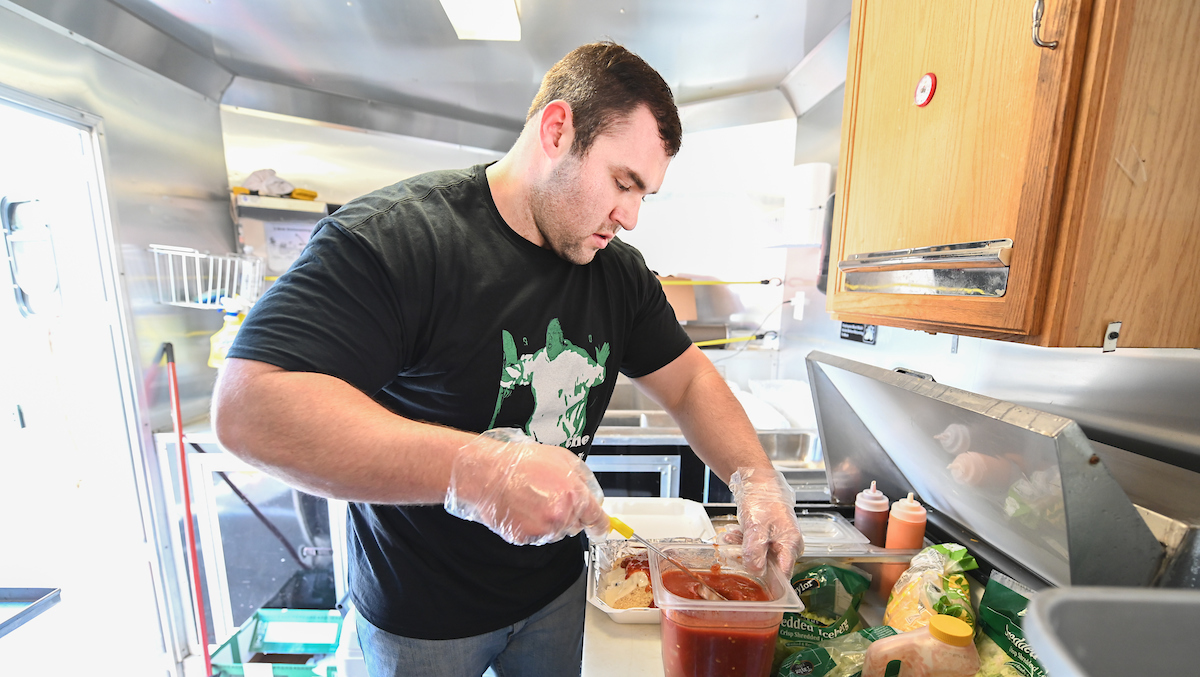 After both growing up in Dalton, Georgia., Jennifer and Wes Palmer met for the first time as  students at the University of Tennessee at Chattanooga.

She graduated in 2008 with an interior design degree. He took a more scenic route, taking a break from UTC to work full-time, studying at Dalton State College and then returning to UTC where he graduated in 2015 with a degree in exercise science.

Now they own a food truck: AMAIZEing Eats, specializing in all things nachos.

Their path from students to business owners wasn’t an easy one, littered with self-doubt and shut doors. But now, the passion for cooking that Wes developed in his Mamaw Helen’s kitchen has turned into a career on wheels.

What have you been up to since graduation?

Jennifer: Wes graduated in 2015 with a degree in exercise science. He graduated in May, and we got married in June. At that point, he was looking for a job, and I had gone back to school to get my master’s online. I switched careers because the economy crashed the year I graduated and, in design, it was hard to find a job. I was fortunate enough to get a job in design, but it wasn’t really what I had in mind. So I completely changed career paths and went and got my master’s in elementary education and started teaching. I was doing that when he graduated and figured I could probably find a job anywhere. So I said, “You find a job and, if we need to move, that’s the path that we’ll take.” He really wanted to find a job in strength and conditioning since he had that background.

Wes: So we picked up and moved to Wake Forest University in Winston-Salem, N.C. for an internship. We were thinking something could come out of it but, like a bunch of things in life, man, it didn’t happen. And she didn’t like her position and that job.

J: Teaching there was a lot different than teaching here. At that point, we decided to move back. It was somewhat chaotic because we decided to move back at the end of the summer. I was fortunate enough to be able to find the position within two weeks. I’m still currently working in that position even though we have the food truck now.

J: A lot of doors were shutting and shutting.

What made you want to open a food truck?

J: He has always really enjoyed cooking and nutrition as part of the exercise science. He can cook very well because of his grandmother, who he was very close to. So he spent a lot of time with her. It was kind of a joke when we first started dating. I could make popcorn and that was it —and half the time it was burnt.

W: Another answer is money. You have to find your niche. What’s your niche and how can you make someone want your product?

What are some of your favorite meals that your grandmother cooked?

W: Oh man, probably breakfast. She would cook mountains of biscuits, bacon and eggs. She would start at four in the morning and just cook pounds of eggs. She made this heavy whipping cream biscuit and I got a gold ribbon in the county fair for best biscuit recipe using hers.

J: She was the kind of person who would just cook, and people would show up at her house because they knew that she always had food. When Wes and I met, she had dementia. So this is a side of her that I really didn’t get to know. But I’ve always heard these stories. Basically, where she lived was a central location, so everybody who knows his family knows that at Mamaw Helen’s there was always food. And if there wasn’t anything and you stopped there, she whipped something up.

Tell me more about AMAIZEing Eats.

J: We knew that we wanted to do something with food because that’s just something that Wes really enjoys. We had tossed around the idea of starting a food truck, but it’s one of those things where you say “Let’s start a food truck,” but I have no idea what I’m doing. We had no background knowledge. So we decided to go to the Chattanooga Market because they have them there and it would expose us to that. We could pick their brains a little and see what menu options they had.

W: And it’s that weird thing where everything just lines up perfectly, and you just have that conversation with that one person. Her name was Melissa and she owned Bayou Bites with her husband. They’re no longer in Chattanooga; they’ve moved back to Texas.

J: The way we even started talking to them was we were standing near her food truck and we had our daughter with us. Melissa made a comment about how cute she was. At that point, you’re doing your momtalk of swapping stories, and so we just started talking to her and bought something from them. And then we just asked her a couple broad questions about their business.

Later on I messaged her on their Facebook page and asked if she would be willing to meet with us and tell as a little bit more about logistics. How do you get permitting, things like that. There’s not a dummy’s guide to doing this.

W: Hey, that’s an idea, to write a handbook…

J: She and her husband were about the same age as us. They had a child the same age. So we really built a friendship with them, and their story helped us get to where we are. If it wasn’t for them, we wouldn’t have the slightest clue.

W: We wouldn’t have got it off the ground.

What has owning your own business taught you?

J: With owning your own business, because you’re the one that’s taking in the profit, the willingness to work harder, work longer, is more of an incentive as opposed to working for someone else. When you’re working for someone else you have a checklist. You’re like, OK, I’ve done A-B-C, time to move on. I’ll pick this up tomorrow.

So what are a few tips that you might have for someone else wanting to start their own business?

W: You better really want it.

J: Perseverance. Because it’s like Wes was saying. Even with facing all of these things; even with the doors shut in your face, you have to realize that needs to be a motivation tool to get you to another platform as opposed to beating you down.

Were there any classes or experiences at UTC that prepared you for what you’re doing now?

W: I would say, when you’re starting college, if you don’t want it, they’re not going to give you that grade. So time management. Actually show up and put in the effort. Don’t give up. Keep going.

J: Nobody is going to do it for you. Especially in college. You’re away from your parents. You’re away from this little bubble that you’ve lived in your whole life. All of a sudden, now you’re living with other people, and you have all of these opportunities to make you not want to go to class or to not want to do your work, but just doing it and getting the degree. Even if it’s not totally related to what you end up doing. I think if we didn’t have those degrees, we wouldn’t be prepared to be able to be doing what we’re doing. 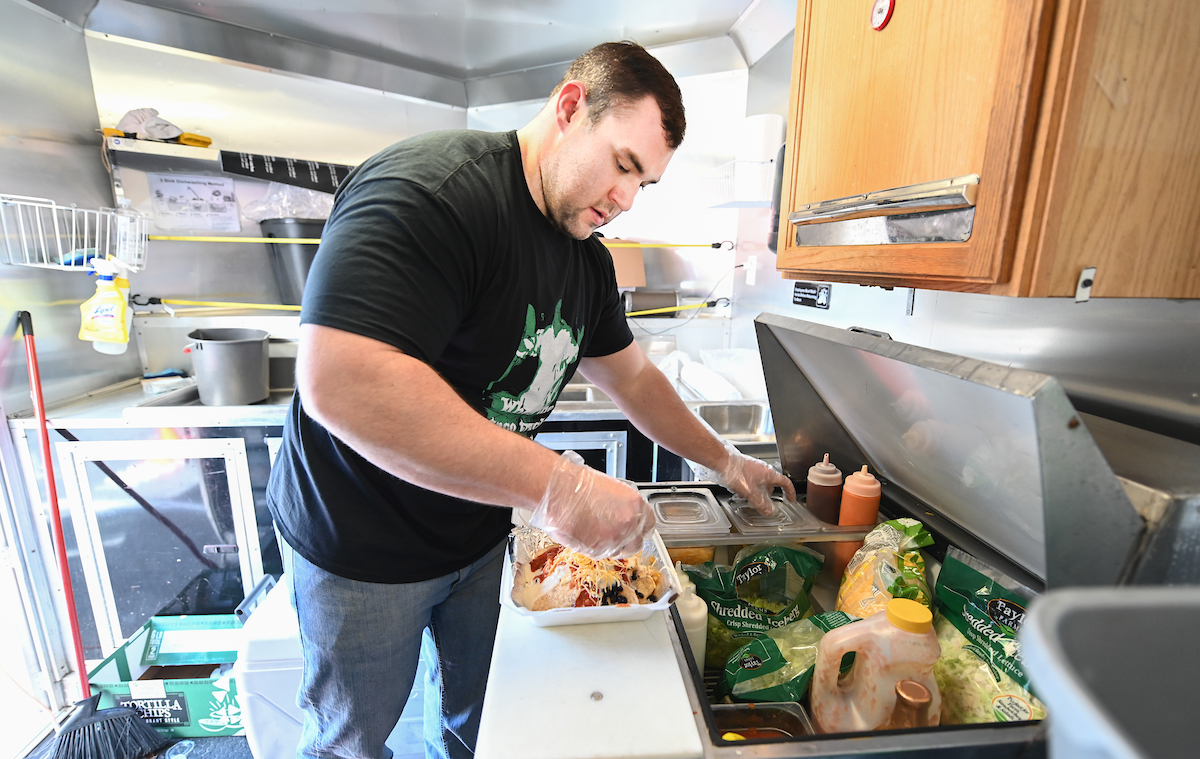 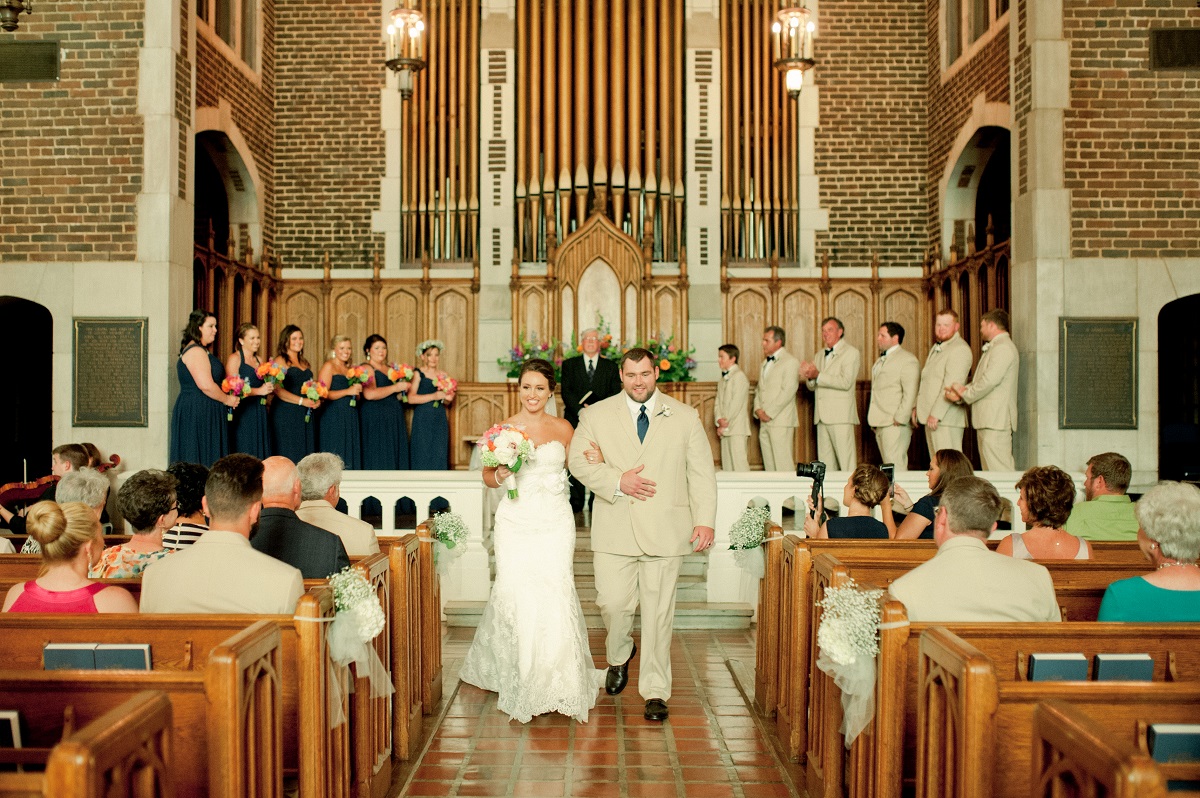 Wes and Jennifer got married at UTC’s Patten Chapel in 2015. 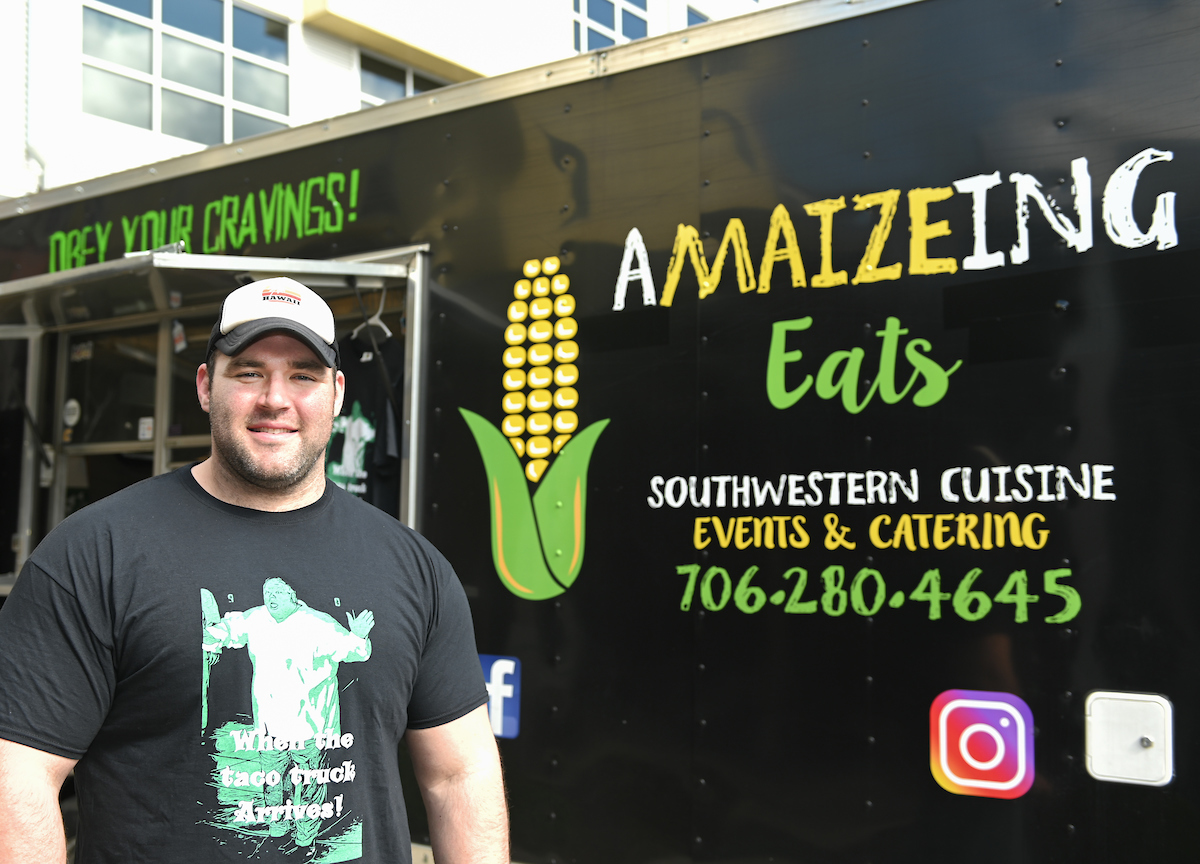