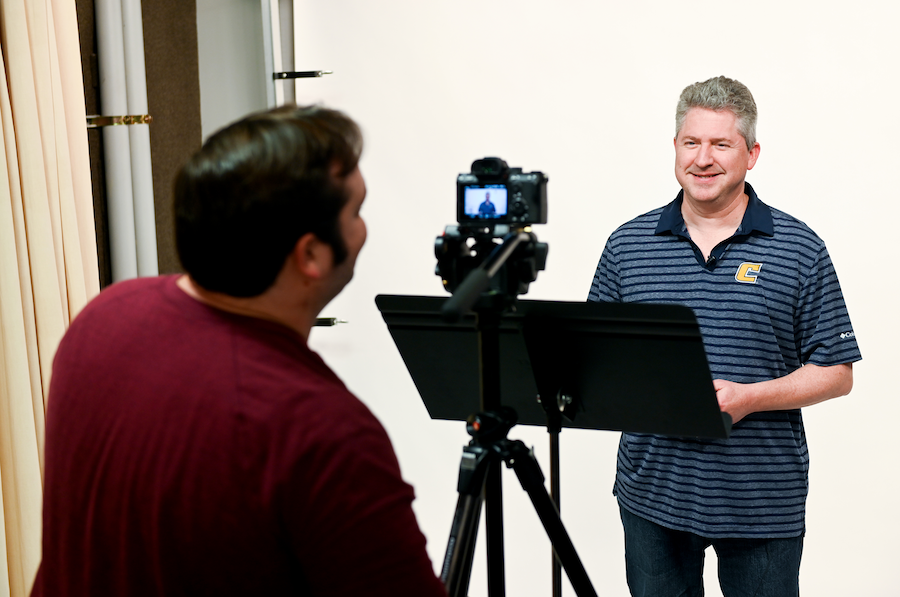 Kenyon Wilson, professor of music and associate head of performing arts, has created an online practice space for musicians.

With school concerts cancelled and ensemble practices put on hold due to the coronavirus, the Department of Performing Arts Music Division is offering an opportunity for students to participate in a new kind of band from their own homes: a virtual one.

Kenyon Wilson, professor of music and associate head of performing arts, says that with current social distancing practices in place, band students have lost a community vital to them.

“Band students have lost their ensembles, and practicing alone pales in comparison to the sense of community that being in an ensemble brings,” he says. “My hope is this will help with a sense of community in these unique times.”

Music students from anywhere in the world are invited to attend, including university students, community members and particularly high schoolers.

The music chosen for the online ensemble has local significance. “Five” was written by Wilson in response to the July 16, 2015 terrorist attack in Chattanooga that claimed five servicemen’s lives. This year marks the fifth anniversary of the event that devastated the entire region.

“I had always planned on working with area band directors on a tribute this year,” Wilson explains, “Many of the local bands were members of the original commission. Each premiered the work in 2016, so by now all of the original students have graduated.”

The chance to perform “Five” is one of the “largest driving forces” in the project, says Jordan Hicks, first year coordinator for performing arts.

“It is such a moving tribute to the servicemen that were killed in 2015, and it’s written by someone who not only loves and cares for his community, but is able to channel those feelings into such a stirring musical memorial.

“I think it speaks volumes to the caliber of faculty we employ at UTC, and to the strength and resolve of the community that surrounds our university. While the tragedy in 2015 was devastating, we have not forgotten those heroes, and we continue to honor them.”