Taking learning from hands-on to online 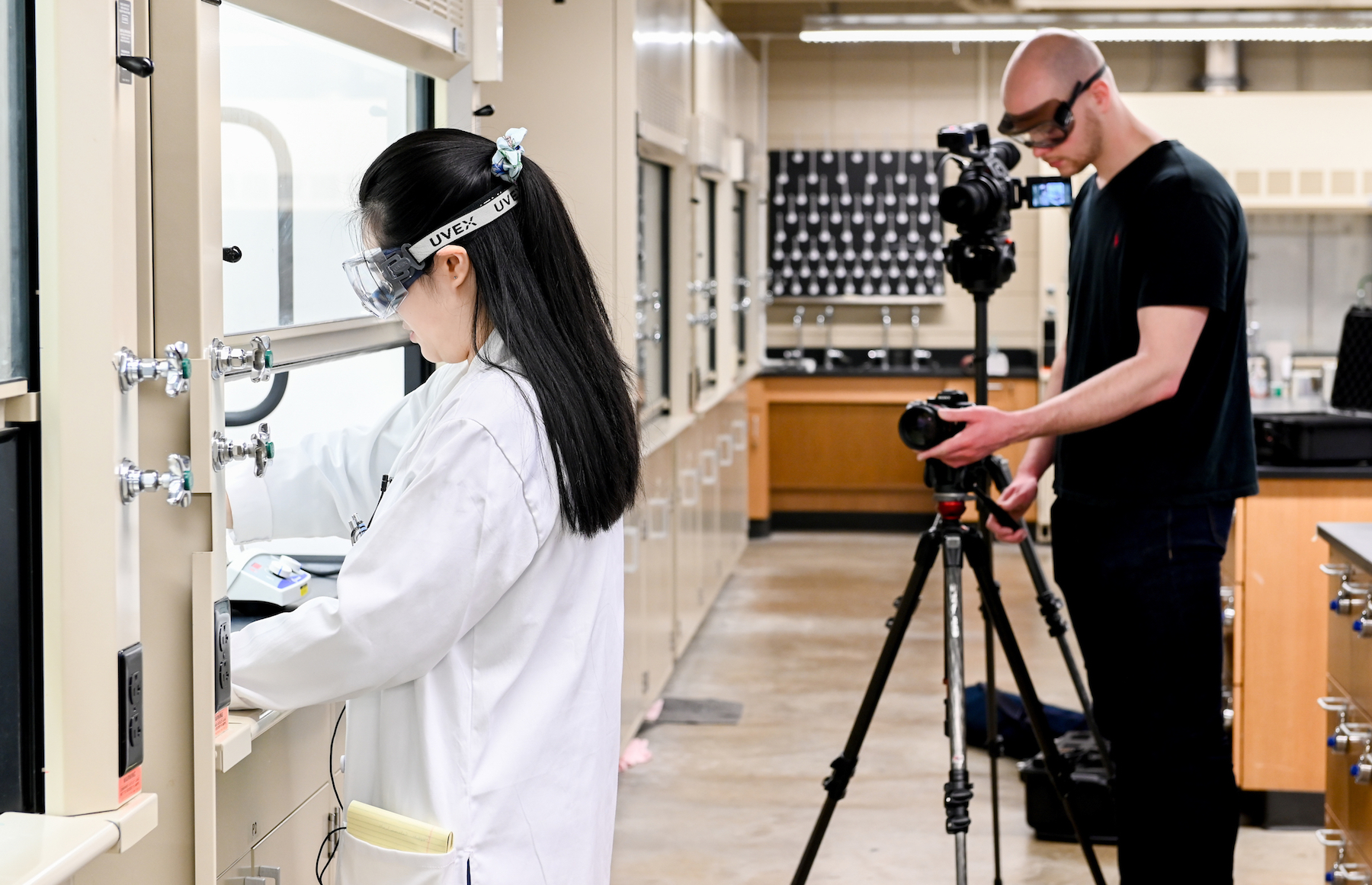 Teaching assistant Allycia Lee conducts an organic chemistry lab lesson as Ryan Gentle videotapes her. The video will allow other students to watch the experiment since currently, classes are taught only online.

Setting up laboratory experiments to be shown online can be tough for organic chemistry courses but, in some ways, Dominique Belanger considers herself lucky.

“I’m glad that I don’t have to learn how to teach sculpture online,” she said, laughing.

Belanger is in charge of the organic chemistry program at the University of Tennessee at Chattanooga, so it’s her responsibility to arrange lab work for students taking the courses. Only now, since classes have gone online during the coronavirus crisis, students must understand the experiments without actually being in the labs.

It’s a dilemma faced by several UTC professors whose courses include weekly or biweekly labs. How do you set up hands-on work when students can’t get their hands on it?

Some have turned to video to be placed online. Belanger is taping her teaching assistant, Allycia Lee, as she conducts experiments. On one day, the lab is for first-semester students to run an experiment in the dehydration of methylcyclohexanol (say that 10 times fast).

“That’s a pretty important one because they see it again in second semester and, if they don’t see it, they’ll be pretty lost,” she said. 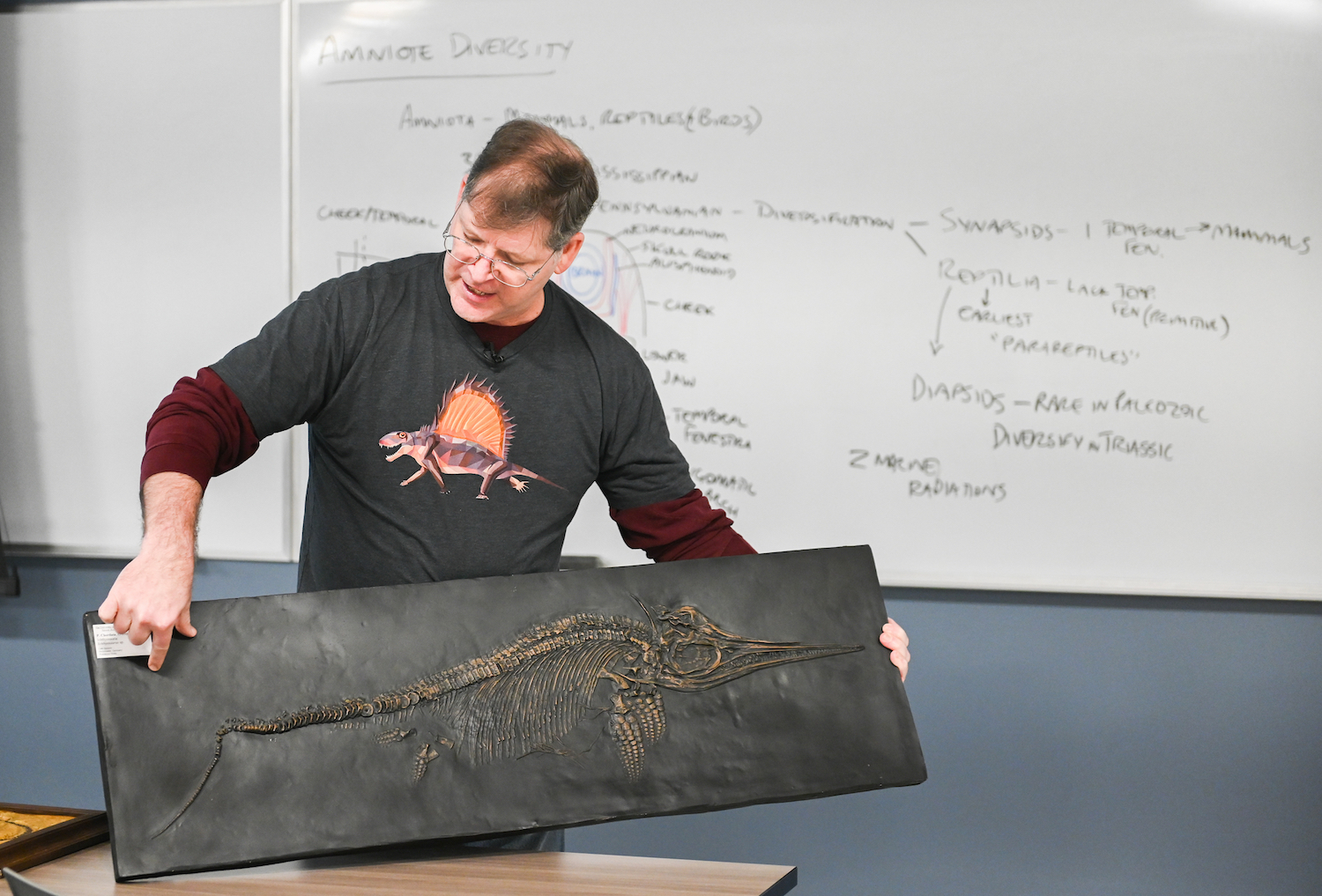 Professor Tim Gaudin is videotaping lectures in his zoology class.

Her hope is that, by watching the entire experiment on video, students “can take away the lesson that they’re supposed to take away.”

Tim Gaudin, UC Foundation professor in biology, geology and environmental science, also is using videotape for his Comparative Vertebrae Zoology course but, in his case, he’s the one on camera. Since videographers were standing behind the cameras, he used them as pseudo-students.

“With somebody to sort of talk to, I didn’t feel like it was that different an experience or ‘That was weird,’” he said. “It’s just getting used to it as much as anything.”

While not getting any feedback from students is a bit “odd,” he continued, the hardest part may be breaking the classroom into pieces that students can watch one at a time instead of sitting in front of computer monitor for an entire class.

“It’s easier on the students if they get things in smaller chunks,” he said. “One lecture is three videos right now.”

Unlike Belanger’s organic chemistry labs, putting zoology labs on video won’t work, he says, because they involve dissecting animals. The class was going to start cat dissections before classes went online, he said.

“It’s a discovery process,” he explained. “When you dissect something, you have to go in and explore with your hands and figure out what you’re looking at.”

Instead, Gaudin said, he’ll give students some online exercises and handouts so “they can think a little bit about cat anatomy.”