Members of the classes of 2010-2020 can apply to join the academy. To apply, go to: alumni.utc.edu/leadership through Aug. 9. The first session will be held in September and continue once a month through April. Due to COVID-19, events will initially be scheduled in a virtual format.

Abigail Chiaravalle admits she wasn’t the most engaged of alumni during her first couple of years after graduating from the University of Tennessee at Chattanooga.

“I came to a couple of football games, but I wouldn’t say I was overly involved. When you’re a student or just out of college, you don’t think about how the university works as a whole or your role as an alumni member,” said Chiaravalle, who earned a bachelor’s degree from the Gary W. Rollins College of Business in 2016.

Now an assistant director of development in the UTC Office of Development and Alumni Affairs, she is determined to change that line of thinking. Chiaravalle and fellow Assistant Director of Development A.J. Davis—a 2015 UTC alumnus—have helped develop the GOLD (Graduates Of the Last Decade) Leadership Academy, a program designed to capture and keep recent UTC graduates involved with the institution while reaching out and recapturing alumni. 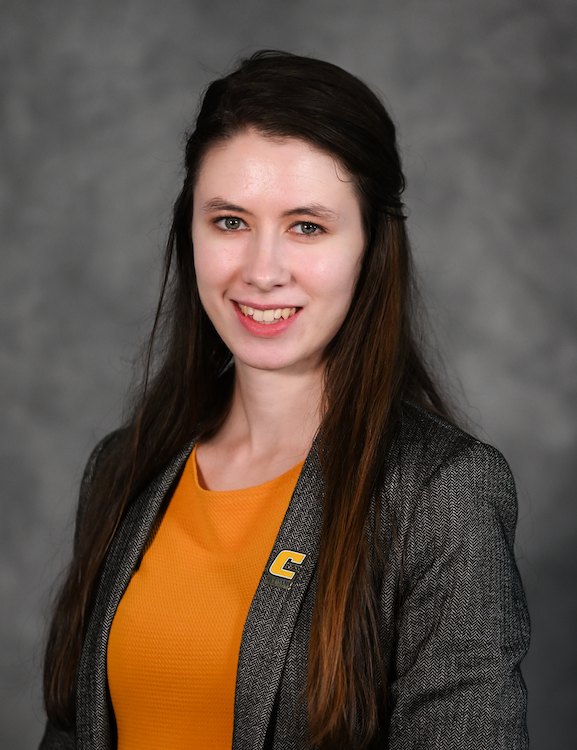 The academy’s inaugural nine-event series will include an evening with the UTC deans, a visit with Chattanooga city leaders and learning about the role played by the university’s Center for Career and Leadership Development and Center for Professional Education.

“We’re going to have one night where we focus on community engagement and the link between our university and the city of Chattanooga. I don’t think people realize the number of connections that are out there,” she said.

One goal is to contact alumni who graduated several years ago, people who may have lost touch with UTC.

“Some of it is updating them on what’s going on, but most of it will be items they likely were never educated on in the first place, especially when it comes to the funding of the university and other kinds of community engagement,” Chiaravalle said.

“For instance, I was a business grad and I knew the business school well, but I didn’t know what was going on over in Arts and Sciences and CHEPS and Nursing and Physical Therapy and all those other areas.

“It’s about seeing the bigger picture and getting outside the little niche that you’ve been in. This academy will allow us to put together a diverse group of people with diverse majors when they were students who are now in diverse fields.”

Tagged with: Center for Career and Leadership Development