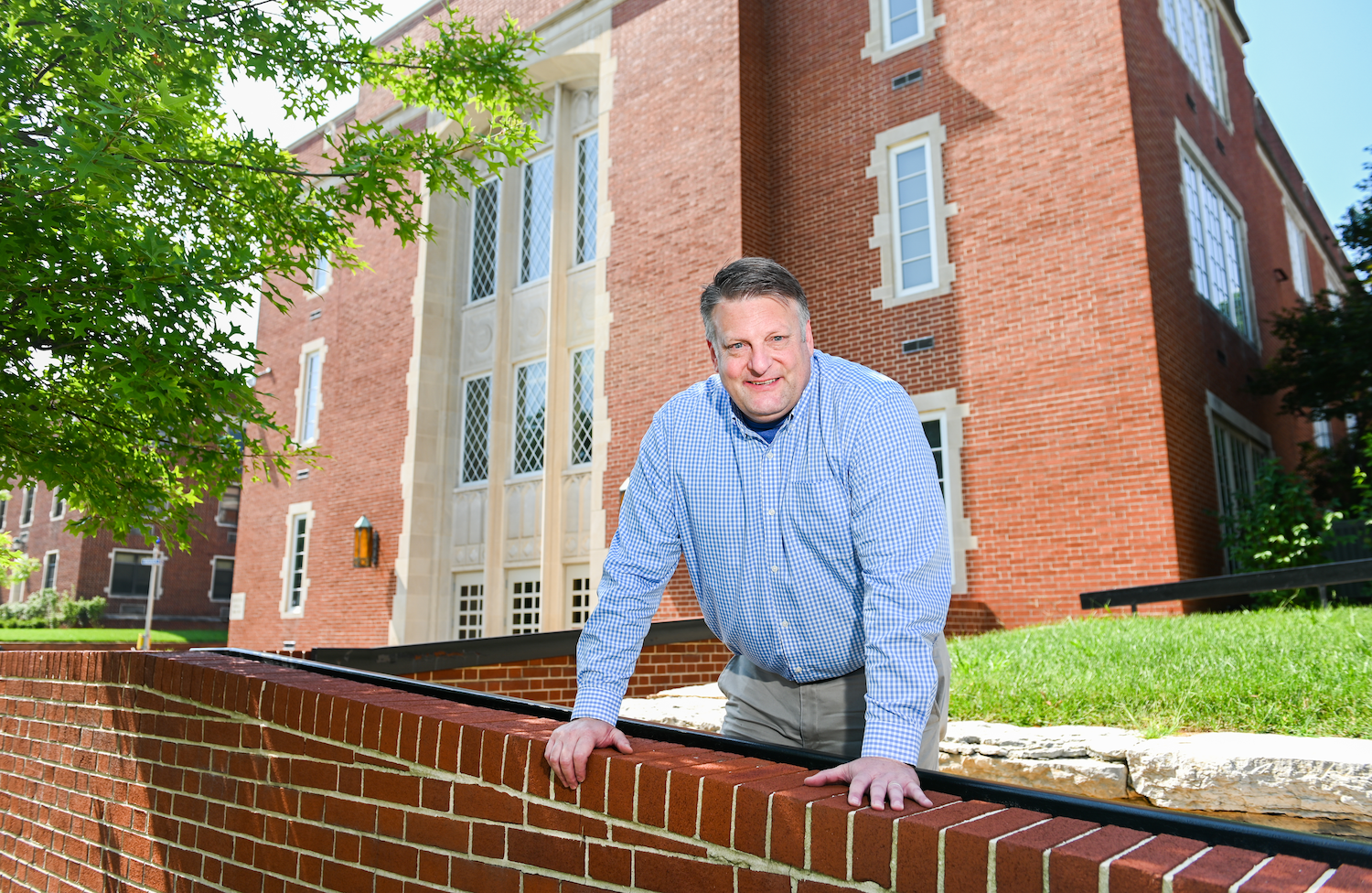 Allen Pratt is Pratt is the executive director of the National Rural Education Association (NREA), whose national headquarters is housed in Hunter Hall on campus.

When Allen Pratt first came to the University of Tennessee at Chattanooga as a student in the early 1990s, the World Wide Web—as the internet was known back then—was still in its infant stages and not available to the general public.

Broadband was a decade away. Chattanooga becoming the first U.S. city to roll out a citywide gigabit network was nearly 20 years away for most metropolitan areas.

On college campuses and in urban areas, it’s hard to remember not having the internet at one’s disposal. But in many rural areas, that world still exists.

Pratt is working to change that.

“It shouldn’t take a pandemic to let us know how important rural schools and rural students are in their communities,” said Pratt, a  UTC guest lecturer and the executive director of the National Rural Education Association (NREA), whose national headquarters is housed in Hunter Hall on campus.

NREA is the voice for education in rural areas and communities across the United States. The organization has members in all 50 states and five countries, all focused on providing support services across the entire rural education spectrum.

“There is the need for broadband connectivity and what we call the ‘homework gap’ or the last mile of fiber getting to the last areas. COVID-19 has highlighted the need for that,” Pratt said.

Before the pandemic, a shortage of teachers was the main area of concern for rural schools, which is still going on, he explained.

“Then with this pandemic and with students shifting from rural campuses to home locations, it put the spotlight on why connectivity is really a right and a service that should be provided. We should be connected across the country.”

Pratt has spent his entire career in education with much of his experience in non-urban settings. Before joining the NREA, his resume included stints as a high school science teacher and coach, high school principal, assistant superintendent, executive director of the Tennessee Rural Education Association and executive director in the Tennessee Department of Education’s East Tennessee regional field office of the Centers of Regional Excellence (CORE).

“Schools are the hubs of those rural communities and rural areas and really the backbone of a lot of what happens in America.”

Before the pandemic, the gulf between access to the internet in urban vs. rural communities was well-known. But the situation has been intensified by coronavirus with many students in rural areas having little-to-no access to broadband after learning shifted to an online environment.

“I think we have to look at this situation being pretty identical to the power grid situation where everyone should have power,” Pratt said. “Obviously, people are paying for that, but they’re subsidized in some ways in some rural areas and in poverty areas. Broadband should be treated the same; it’s that vital.

Lately, the NREA’s advocacy work has been in the spotlight. A national reporter for the E.W. Scripps television network recently interviewed Pratt about the challenges rural students are facing in a digital age. The interview appeared on the local news in Scripps’ 60 television markets, including such high-profile cities as New York City, Denver, Phoenix and Nashville. Chattanooga does not have a Scripps affiliate.

“Any time you can get a spotlight on the work we’re doing is positive,” Pratt said. “I’ve had a lot of outreach from people since the story ran, and we’re doing a lot of interviews already with other organizations.”

As a graduate of UTC, having the NREA headquarters housed at his alma mater is a source of pride for Pratt. In the three years before COVID-19, he toured schools in all 48 lower states, giving him the chance to talk about UTC.

“I’ll tell you a little story. I was in Pennsylvania in a rural, 7th to 12th (grade) school, probably about 300 students in total. I went to their library and their counselor area, and they had all these logos of colleges where kids were looking to attend.”

He sent a flag, pennant and items with the UTC “Power C.”