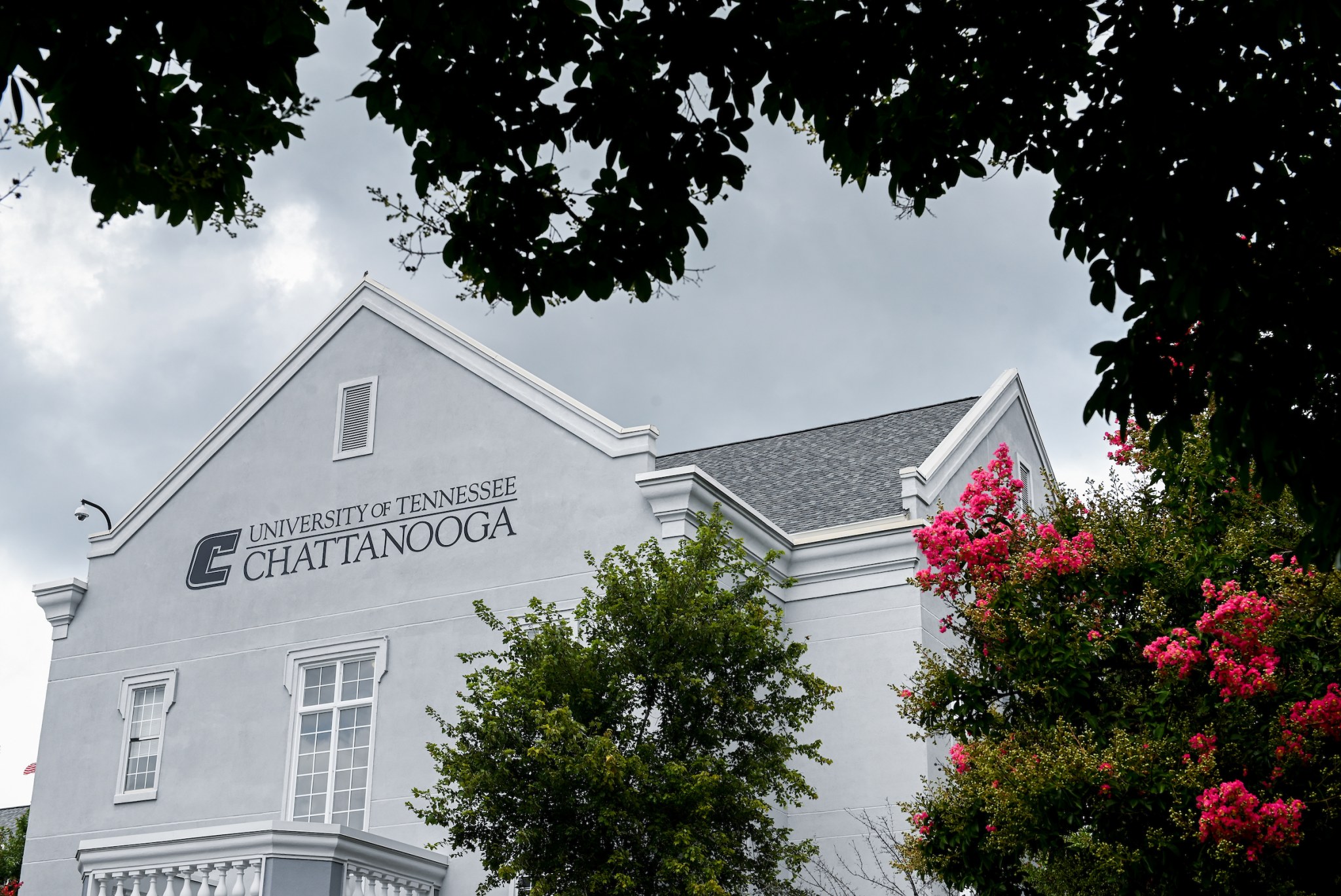 Along having its inside gutted, Decosimo Apartments got a fresh count of paint in gray, a new color.

Marcus Willis has lost about 25 pounds since mid-April. He didn’t go to a gym or jog or stay away from carbs.

He was working on renovations to the Decosimo and Guerry housing facilities. Doing the job means a lot of time on foot, in motion.

“We average about eight to 10 miles a day,” said Willis, the onsite project manager for P&E Construction.

While he joined the work in April, P&E started last summer on the renovations—149 units for 514 students between the two buildings.

“We haven’t had a lot of days off,” he said with a smile.

But the work is pretty dazzling.

Old carpeting torn up, new flooring in the residential rooms. New lights throughout the buildings. Most kitchen countertops and cabinets replaced. New appliances and water heaters. Worn-out furniture replaced. Walls repainted. The outside of the buildings with a new gray color.

Several suites were updated to meet the federal Americans with Disabilities Act (ADA) standards. Sinks and cabinets were lowered with spaces at the bottom of cabinets to accommodate wheelchairs. Showers were installed that allow wheelchairs to be rolled directly into them. Beds were lowered to make it easier to get in and out.

Guerry is freshman-only housing, while Decosimo is home to sophomores, juniors and seniors.

The renovations, which cost about $12 million, should give another 15 to 20 years of life to the buildings, which were originally built in 2001, Willis said.

Plans are to start similar renovations next year in Stophel, Walker and UC Foundation apartments with a cost of about $28 million. 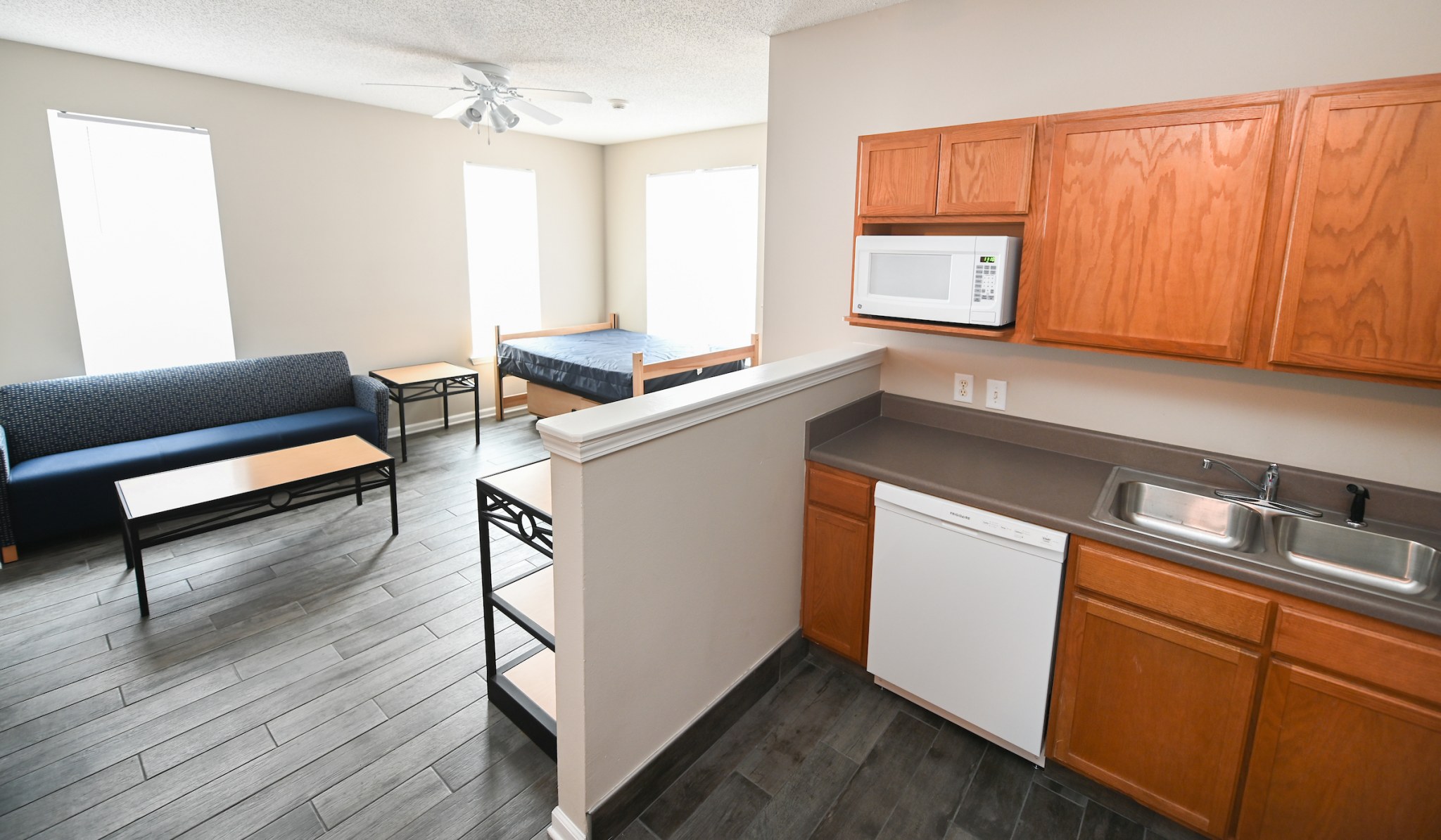 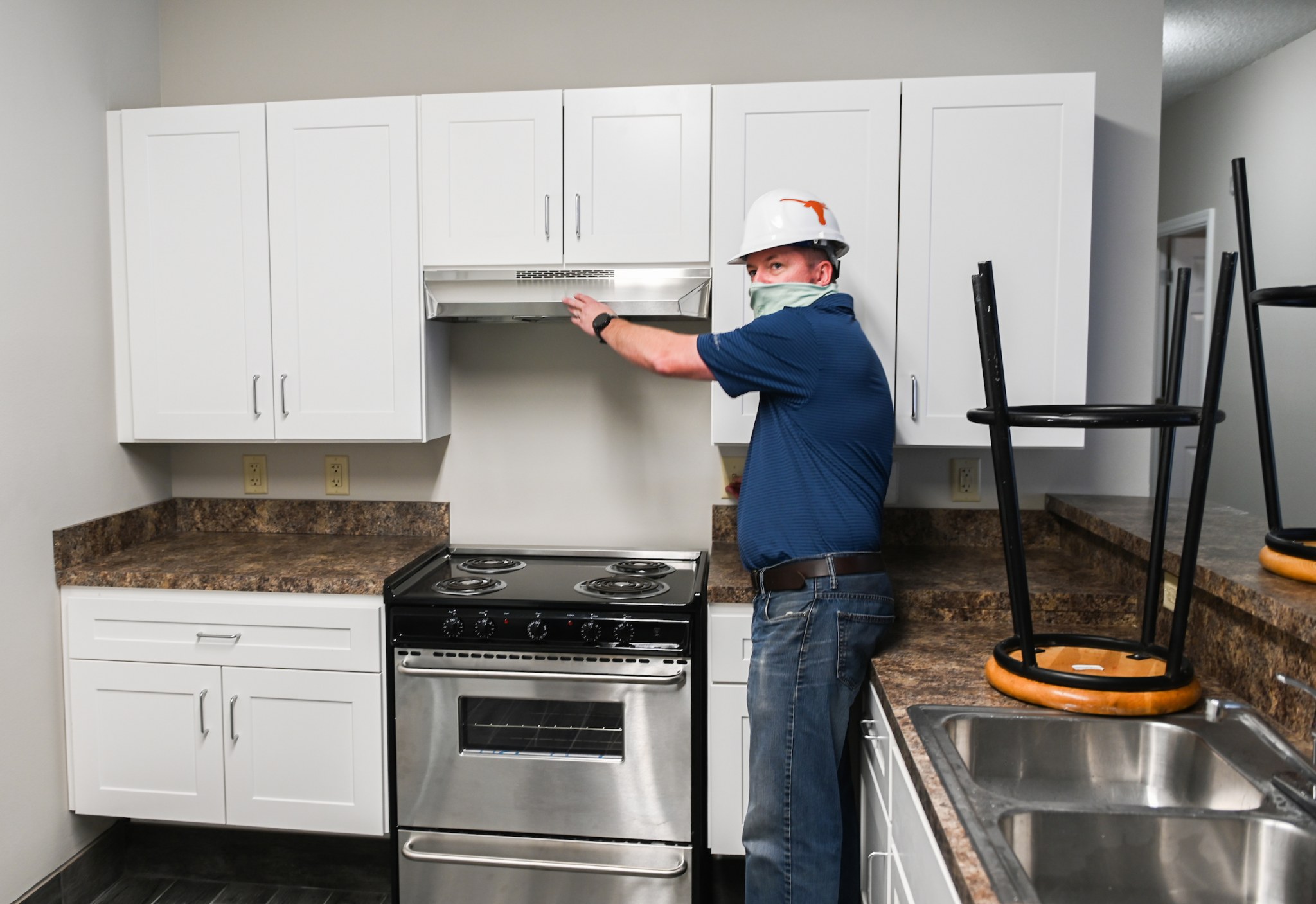 Project manager Marcus Willis points out some of the changes to kitchens. 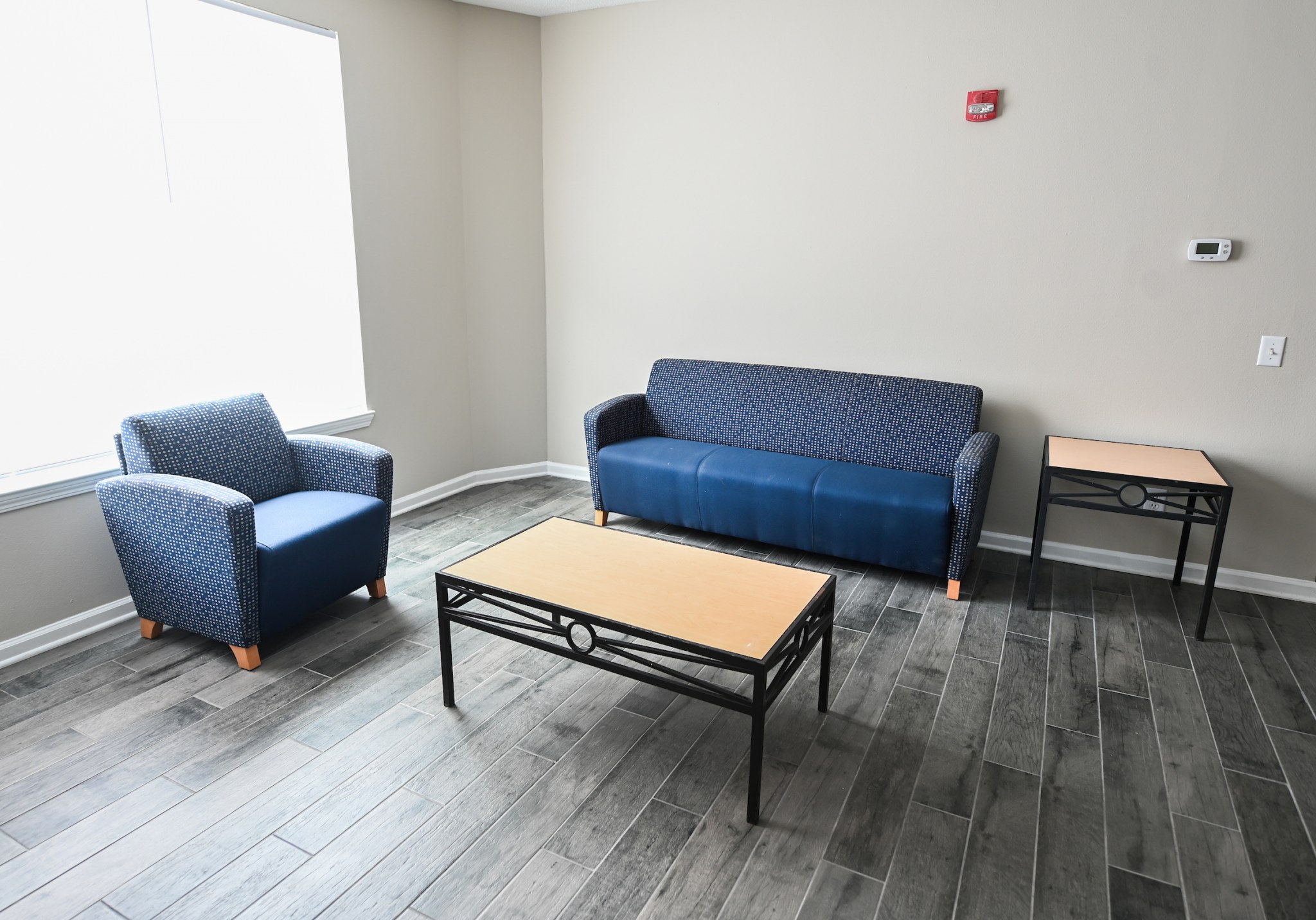 New furniture was brought in. 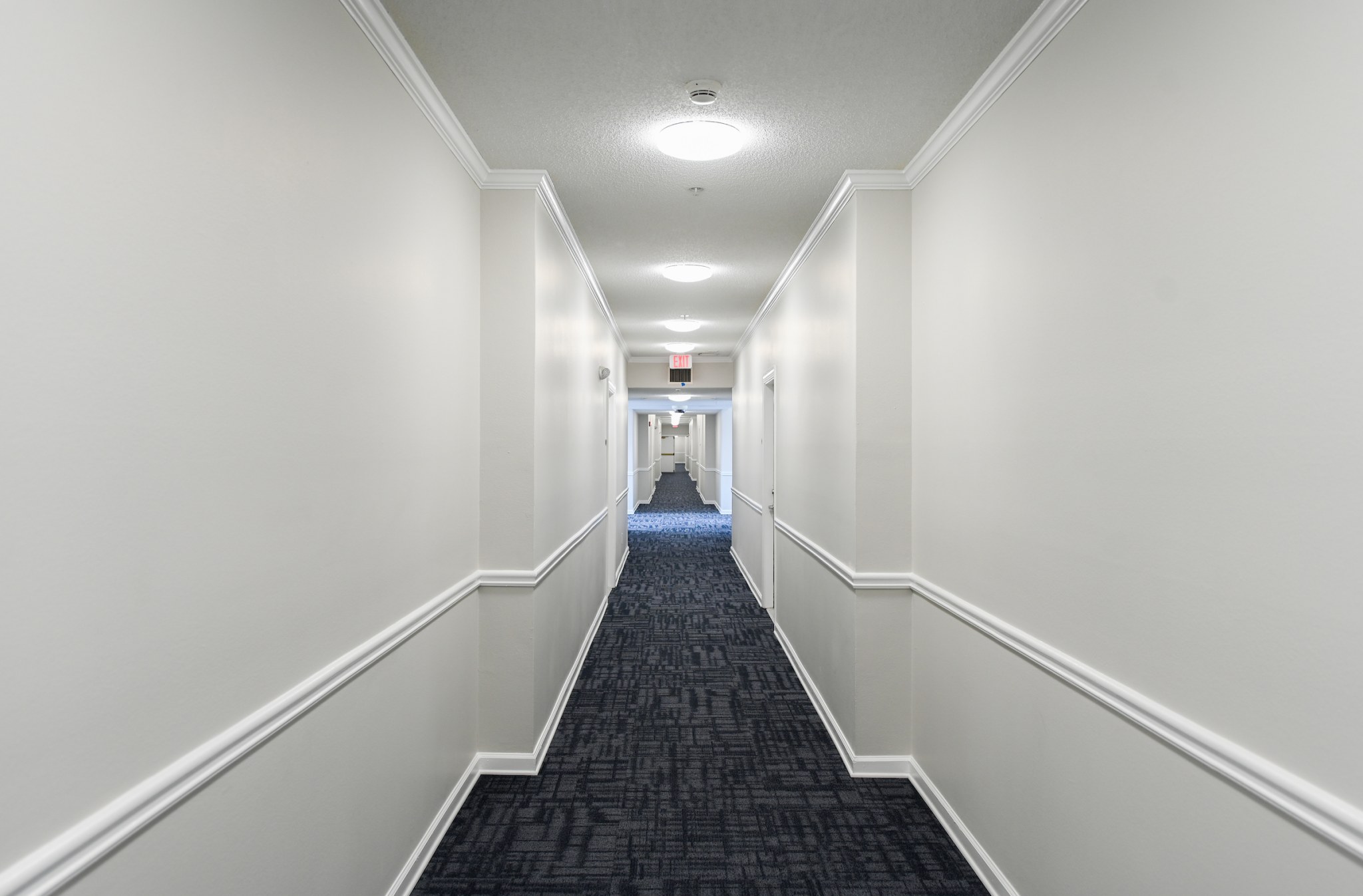 Carpeting was replaced and walls repainted. 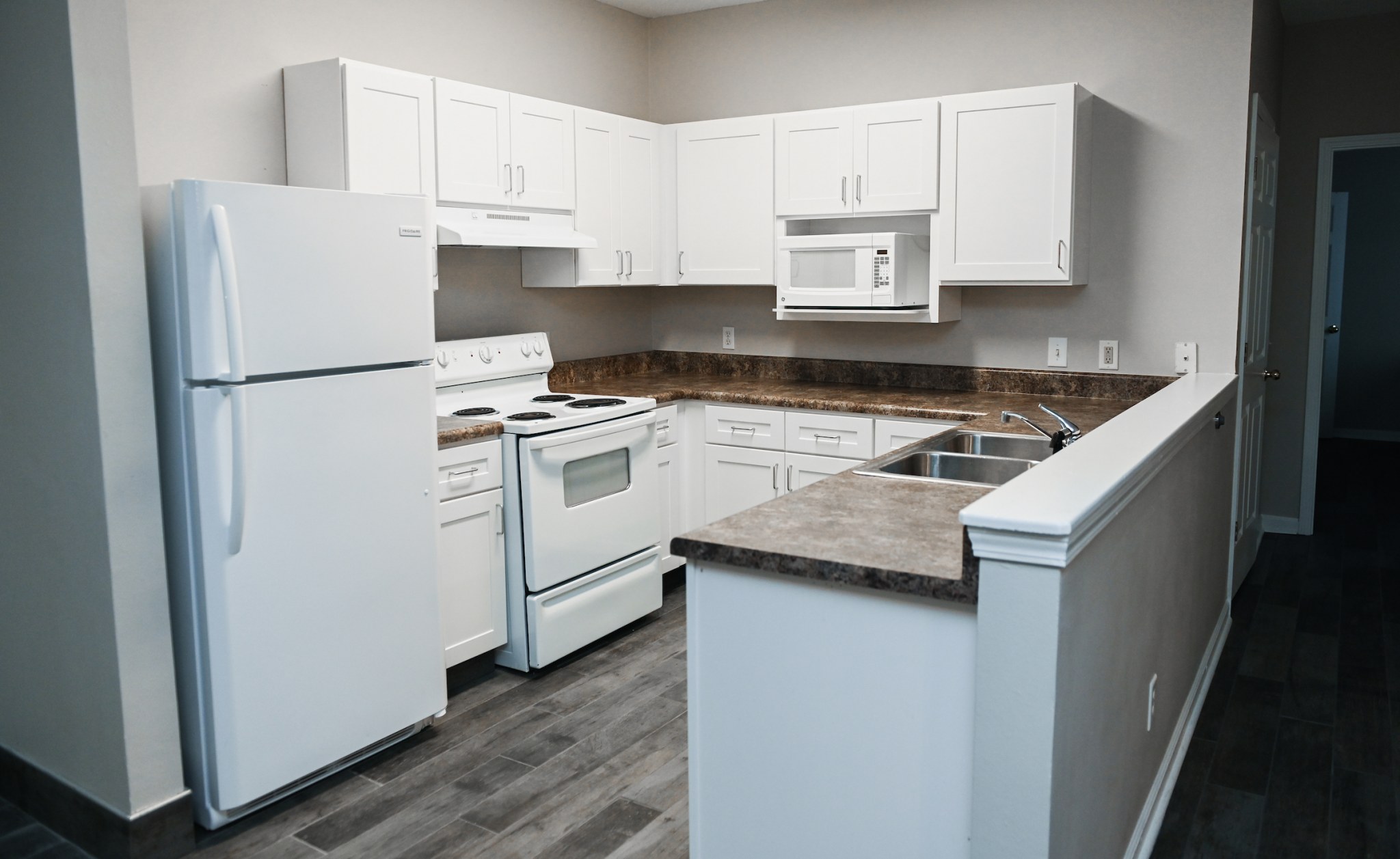 Kitchens in some suites were redone to fit Americans with Disabilities Act requirements. 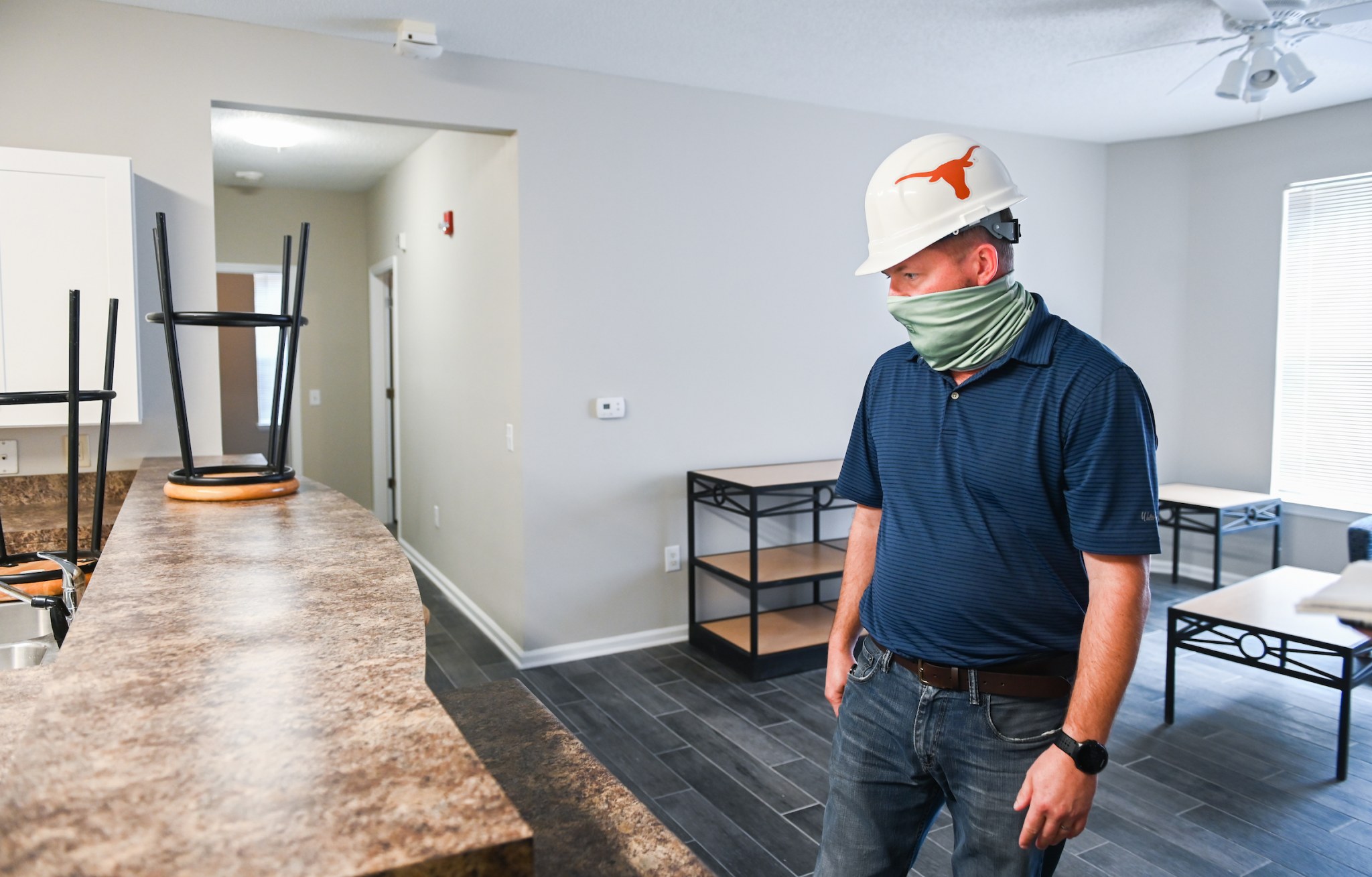