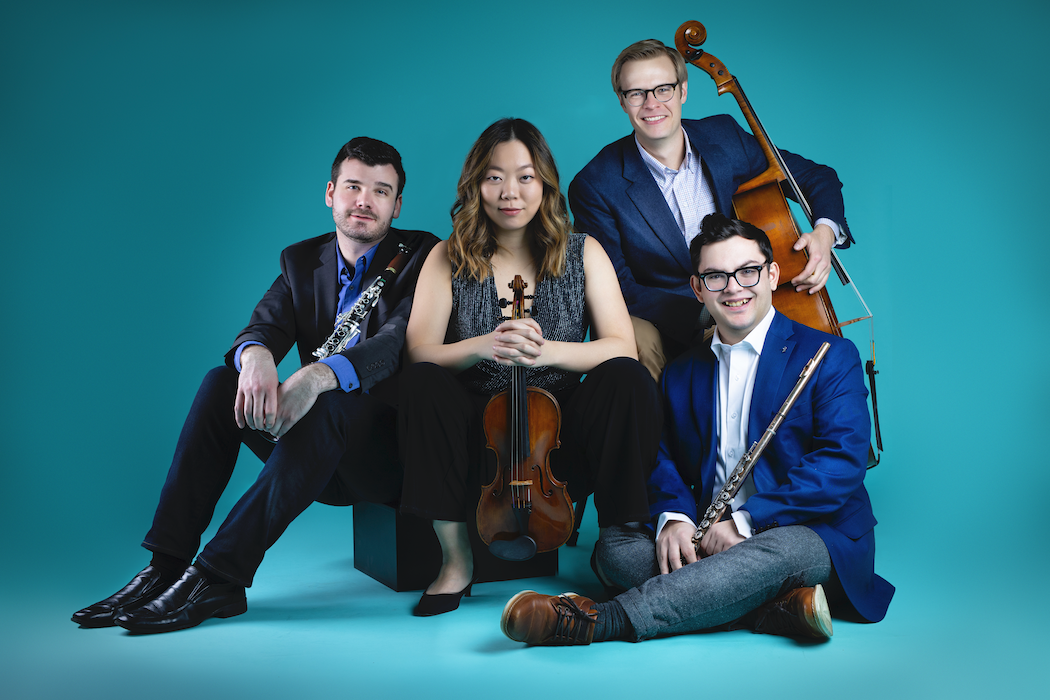 Virtual discussions, evaluations and advice are part of a new program that connects students from the University of Tennessee at Chattanooga with a nationally recognized musical ensemble.

UTC students will work with Hub New Music, a four-person classical group that has performed internationally as well as across the U.S. They will collaborate with students on such subjects as performing and composing, how to connect with other arts groups in the community and the hard facts of making a career in music.

“Having a nationally recognized group like Hub wanting to work with UTC and our students is fantastic,” says Jonathan McNair, the Ruth S. Holmberg professor of American Music at UTC and the person responsible for bringing Hub New Music to the University. “Being able to model and share those skills with today’s music students is vital since the landscape for musicians has changed a great deal over the past 10 to 15 years.”

According to The Boston Globe, you should “Go, listen and be changed” by the ensemble. Oregon ArtsWatch described Hub as “an innovative Boston-based group shaking up chamber music.” New York’s classical radio station, WQXR-FM, said, “Just as much as Hub is committed to making vibrant music, it is committed to engaging and building a vibrant community.”

Nine UTC students are participating in Hub. Five have never composed before, and three have had only one semester of composition so far, McNair said.

“For students at a regional state university campus to have the opportunity to compose their own original music for the same instruments as in Hub New Music, and then to have that professional group rehearse and play the students’ music and offer them suggestions, comments and questions that can help the students take their music to the next level is incredibly beneficial,” he said.

Over the course of the musical residency, the Hub musicians will play pieces written by UTC students and offer their advice on the music.

Along with live performances, the musicians in Hub make their living by performing in the ensemble, so they’re not living a “gig-to-gig” existence, McNair said.