by UTC Communications and Marketing October 9, 2020 — No Comments 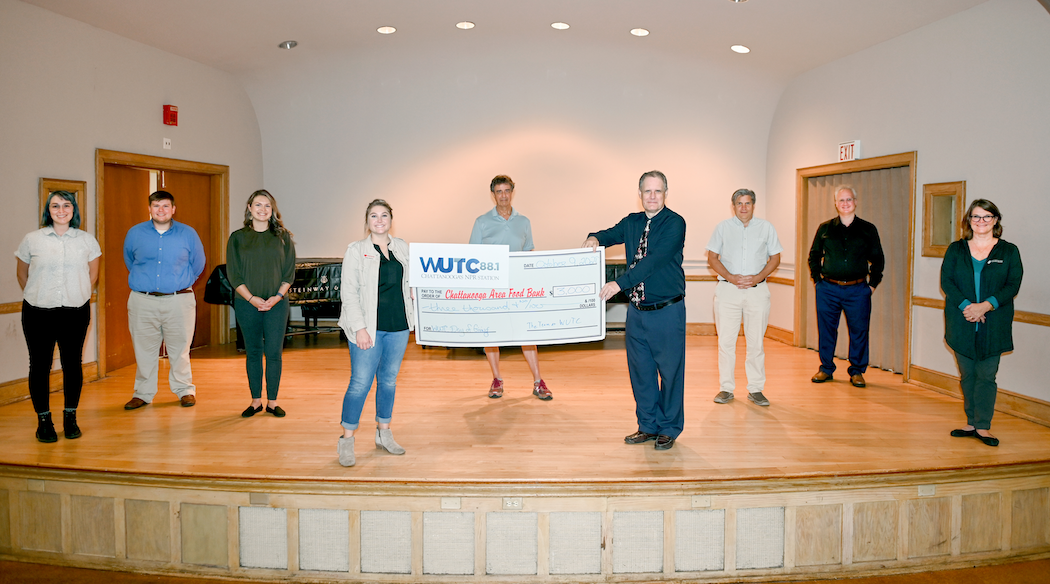 When listeners of WUTC-FM heard “one can make a difference” during these challenging times, so many of them came forward to support their local public radio station—and to help feed people in need in their own communities.

On Sept. 15, WUTC’s listeners donated more than $25,000 to their National Public Radio station, part of the University of Tennessee at Chattanooga, during its One-Day Pledge Event in partnership with the Chattanooga Area Food Bank. For nearly two weeks afterward, listeners gave an additional $5,000 online for a total of $30,000.

Under the partnership, WUTC has contributed $3,000—10 percent of the total—to the Food Bank. The money will pay for more than 12,000 meals across the 20 counties that the nonprofit serves in Southeast Tennessee and Northwest Georgia.

Throughout the pledge event, WUTC’s listeners heard multiple interviews with Food Bank staffers, who described their urgent need to feed people made food insecure during the coronavirus pandemic and its economic fallout.

The Chattanooga Area Food Bank is part of Feeding America, a nationwide network of more than 200 food banks, which last week projected a shortfall of six to eight billion meals across the country during the next 12 months, a gap that will widen even further with federal food assistance programs set to expire in the coming weeks and months.

To support the Chattanooga Area Food Bank with your donation of money, food or time as a volunteer, please visit www.chattfoodbank.org.