Throwback Thursday: Looking at today by gazing at yesterday 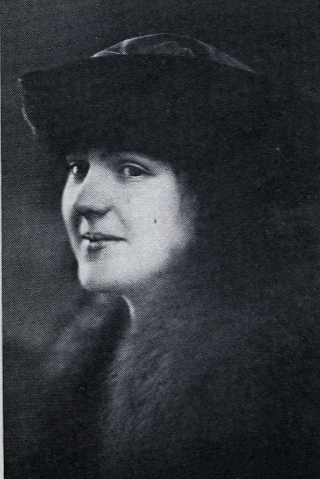 To read Mary Sophia Campbell’s full write-up,  find it on page 31 of the 1919 Moccasin Yearbook.

Over 100 years ago, the University of Chattanooga class of 1919 had only 15 graduates.

Their class numbers were a fraction of what they had been their freshman year, because many classmates—men and women—paused their studies to fight or contribute in some way to the “Great War”–better known today as World War I.

Her write-up imagines life for herself and her fellow graduating seniors. Although Campbell’s four-page science fiction piece is more dream than reality, some of her musings have come to light a century after being published.

The year is 1969 and as the sun sets on June 3, Campbell realizes it’s 50 years to the date from when she and her classmates received their diplomas in Patten Chapel. She joins a friend—a professor of astronomy—for dinner on Mars, where she’s lived for the past five years.

When he learns it’s the 50th anniversary of her college graduation, the friend invites her to his “astronomical laboratory” to use a telescope he’s just created. His newest invention will allow her to see what her friends are up to now—or within the past two years, give or take)—wherever they are in the universe.

Back on the UC campus on Earth, Campbell paints optimistic pictures of the lives her fellow graduates live and, of course, their inventions and abilities that have not just changed Earth for the better but the universe, too.

She also mentions a device she describes as “the most wonderful invention of all generations.” Created by fellow graduate Ralph Harris, it allows people to see and speak to each other at the same time.

Although these days, we’re only Zooming or Facetiming with professors, students, co-workers, family and friends here on Earth, the device sounds an awful lot like the tech we’re using daily in 2020.