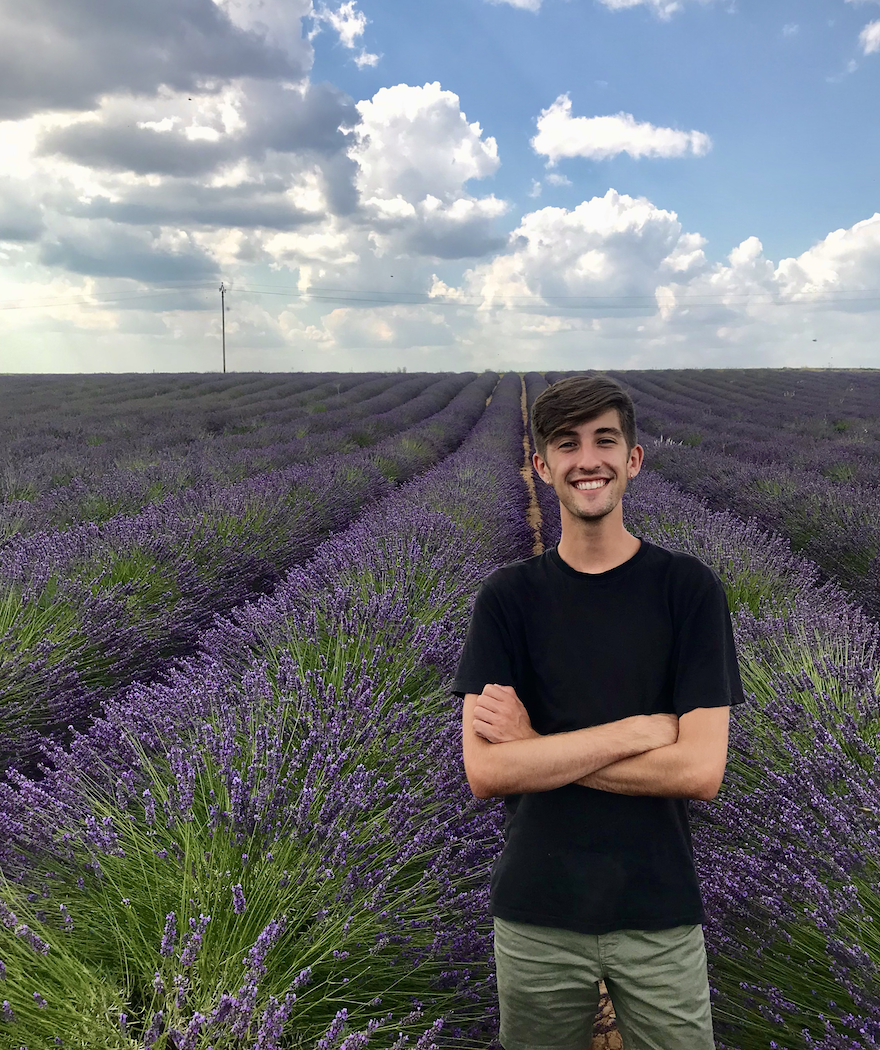 Thomas Wiegand is pursuing a master’s in environmental science.

Thomas Wiegand had plenty of academic highlights during his undergraduate days at the University of Tennessee at Chattanooga.

He attended and presented at the World Congress on Undergraduate Research in Germany. He spent the better part of two years conducting “probably the most comprehensive review of plant rarity research that has ever been done,” he said, completing his departmental honors thesis with that work.

But just a few months into his pursuit of a master’s in environmental science, he has been honored in a way that has him using words like “surreal,” “jarring” and “insane.”

Wiegand, a graduate student in the UTC Department of Biology, Geology and Environmental Science, has been awarded a prestigious five-year fellowship by the National Science Foundation (NSF).

“This is so surreal. I really am still processing it,” he said. “It’s such a high honor for students in my position, and it’s well-respected in the science community.”

The NSF’s Graduate Research Fellowship Program recognizes and supports outstanding graduate students in NSF-supported STEM (Science, Technology, Engineering and Mathematics) disciplines and pursuing research-based master’s and doctoral degrees at accredited U.S. institutions. The fellowship includes three years of financial support, including an annual stipend of $34,000, and a cost of education allowance of $12,000 to the institution.

“I honestly can’t imagine something that could have happened to me that would be so jarring as this,” Wiegand said.

His research uses network analysis, a computer modeling technique, to develop a synthesis of all past research pertaining to plant rarity.

“I know that we put in a lot of effort and time and resources into the application and in my undergraduate work in science and outside of science to prepare for something like this, but it’s still insane to receive it. And to know that you were chosen among all these other applicants,” he said.

He is the second UTC student in three years to win the NSF fellowship, joining 2019 chemical engineering student Olivia George, who is now in the master’s program at Georgia Institute of Technology.

‘When I finish my master’s here at UTC, I can pursue a Ph.D. anywhere, which is the amazing thing about it, and they will fund me through that process,” he said.

Boyd knew Wiegand before he came to UTC, meeting the Knoxville native while interviewing students for the University Honors College.

“I remember talking with Thomas, and he stood out to me because he was planning to major in environmental science,” Boyd recalled. “When he answered questions, he had that idealism that we love to see in new students. But he also had it tempered with this dose of reality.

“So he had this realistic grounding that I just thought was mature for his age. I told him during that interview that, if he came to UTC, he should come and see me and get involved in research in my lab group. And so he did come and see me. So to see him work so hard and to get this fellowship has been super rewarding.”

Wiegand said his career goal is to continue in academic research, but he also wants to be involved in conservation work.

“Plant rarity is such a good niche for me within ecology and within environmental science because it has to do every day with academic research in a laboratory in the field, theoretical work, computer modeling,” he said.

“But at the same time, there’s a lot of conservation implications because we’re working with species that are threatened or federally endangered to be threatened.

“A lot of people don’t understand the importance of conservation. So I’d like to see myself in 20 years at a point where I’m doing academic research but also having a hand in conservation work.”