Discovering the humanity and uniqueness of artist’s work 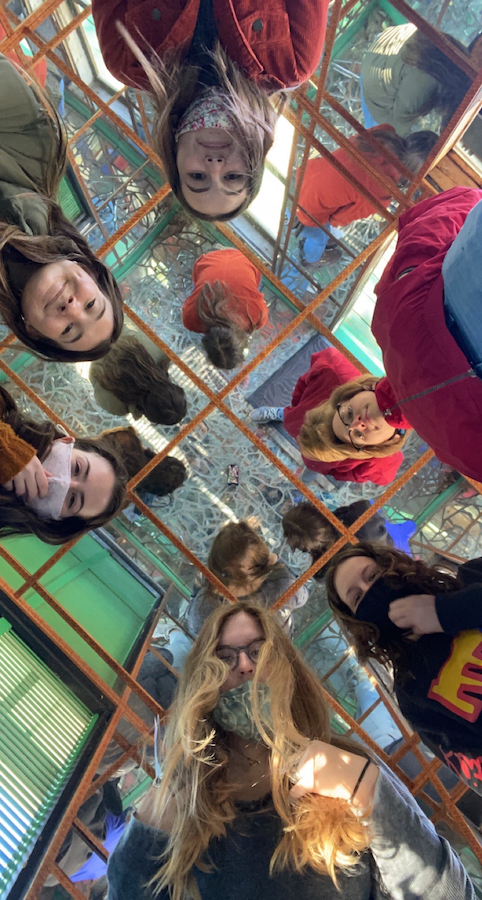 In a COVID-19 virtual environment where it has been somewhat challenging to establish camaraderie among students, Joseph Jordan had a novel concept: What if his students could go on a field trip at separate times?

And as spring approached, Jordan, a University of Tennessee at Chattanooga assistant professor, had a specific location in mind for his Introduction to Humanities students: Howard Finster’s Paradise Garden.

Located one hour south of UTC in Summerville, Georgia, Paradise Garden is the home and studio once inhabited by the late Baptist minister Howard Finster. Dubbed the “Andy Warhol of the South,” Finster said he had a vision at the age of 59 that God wanted him to paint 5,000 pieces of sacred art. By the time of his death in 2001 at the age of 84, Finster had created over 46,000 works.

Finster is known in pop culture for designing album covers for musical groups R.E.M. and the Talking Heads, and his artwork can be found in museums across the country. But a substantial collection, including numerous buildings he constructed as part of his sacred art project, remains on display at Paradise Garden.

Jordan thought his humanities students would find Finster’s work fascinating. So he pitched the idea of having the class tour the garden while adhering to COVID-19 protocols. It wasn’t a big class field trip. Students went in small batches without organizing carpools.

“It was easy to fold it into our class. I wanted our students to see that the humanities consist of all kinds of text, and his art can also be analyzed as text,” Jordan said. “When our undergraduates showed up at Paradise Garden, it was unlike anything they have ever seen before.

“We have been speaking about the experiences that people have had, and it’s heartening as a teacher. After spending so much time in their rooms and on Zoom, they really seemed to enjoy this experience a lot.”

The students made the trek over about a three-week span. They wrote essays analyzing either a piece of Finster’s artwork or the entire experience of the architectural space “in the same way that they would analyze Hamlet,” Jordan said. Then they returned to the classroom via Zoom to speak about their experiences.

Jane Dodge talked about a picture she took of a banjo player sitting by a sign in front of a decaying plywood chapel.

“What struck me,” Dodge said, “is I just liked the words he used. ‘One big mountain in my trail, it is sin and strife. If I could hold it, I’d destroy it with love.’ I just really like that quotation. The way it’s on a sign for Paradise Garden was almost like an advertisement. And it’s behind a self-portrait because he played banjo, I’m assuming.

“That is something about his work; you have to do a lot of assuming. But I was just really struck by it. And, I don’t know, there was something about how it’s falling apart, and then you have these beautiful words. It kind of speaks to the museum as a whole.”

Jordan noted that several students sent him photos of Finster’s Mirror House, “a treehouse with all of these mirrors inside of it, which I’ve wondered about every time I’ve been there,” he told the class. “I wonder why you guys seemed to be attracted to it.”

Emily Patton said she had given that question a lot of thought.

“A lot of the museum is kind of like a lot of words; there’s an overwhelming amount of text on his art,” Patton said. “I thought that space was interesting because most of the text that he writes is very reflective and very intentional towards the audience. So it’s asking the audience to do something or think about something.

“When you’re in a room full of mirrors, it kind of speaks for itself because you are forced to look at yourself just like other parts of his art.”

“He always writes in the same font and he draws his eyes the same with strong eyelashes and blue eyes,” Greenwell said. “I think it’s important for an artist to have your own style that’s easily recognizable, and that’s really hard to do.

“I think he is a good artist because you can easily walk into a museum and see one of his pieces and say, ‘Oh, that’s Howard Finster.’”

When Alexis Tidwell first saw Paradise Garden, she thought she was in the wrong spot. After seeing a shattered window, she thought, “I need to get out of here.”

“But as I walked through the gardens and I saw the random objects and stuff, I started thinking about how in church I was taught that I—as a person—was fearfully and wonderfully made,” Tidwell said.

“When I saw those objects, I thought about how man made those objects so that the objects, in turn, are a product of God. Maybe he put them in the garden to try to get us to see that everything is beautiful. Everything has beauty in itself, whether you think it’s just junk or if it’s meant to look beautiful.”

The field trip might have been an experimental assignment operating on the honor system, but it met Jordan’s objective of piquing his students’ curiosity.

“I definitely would go again. I thought it was a really fun experience and it was just so beautiful,” said Josh Cleveland. “I felt very peaceful, and it was just fun to look at.”

“It was kind of a breath of fresh air,” Rebekah Cahill said, “especially because it was so inclusionary. And it was something that I think we all could enjoy. It affected all of us differently. It was just really nice, and I really enjoyed it.” 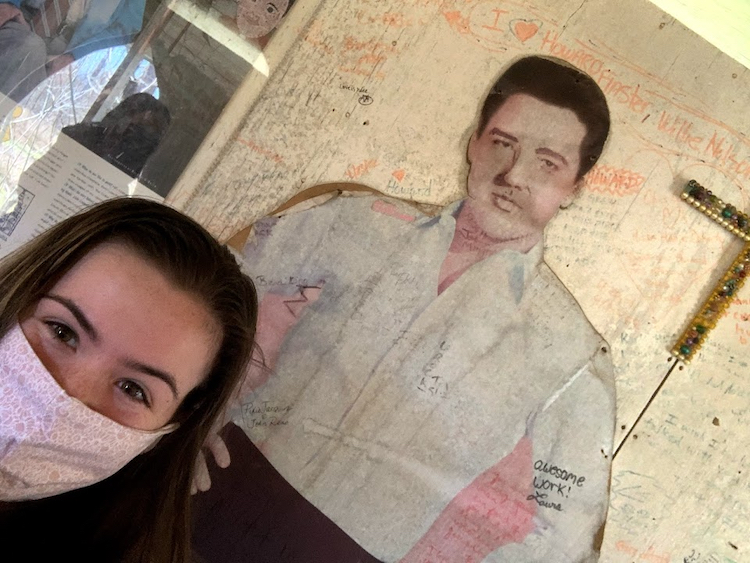 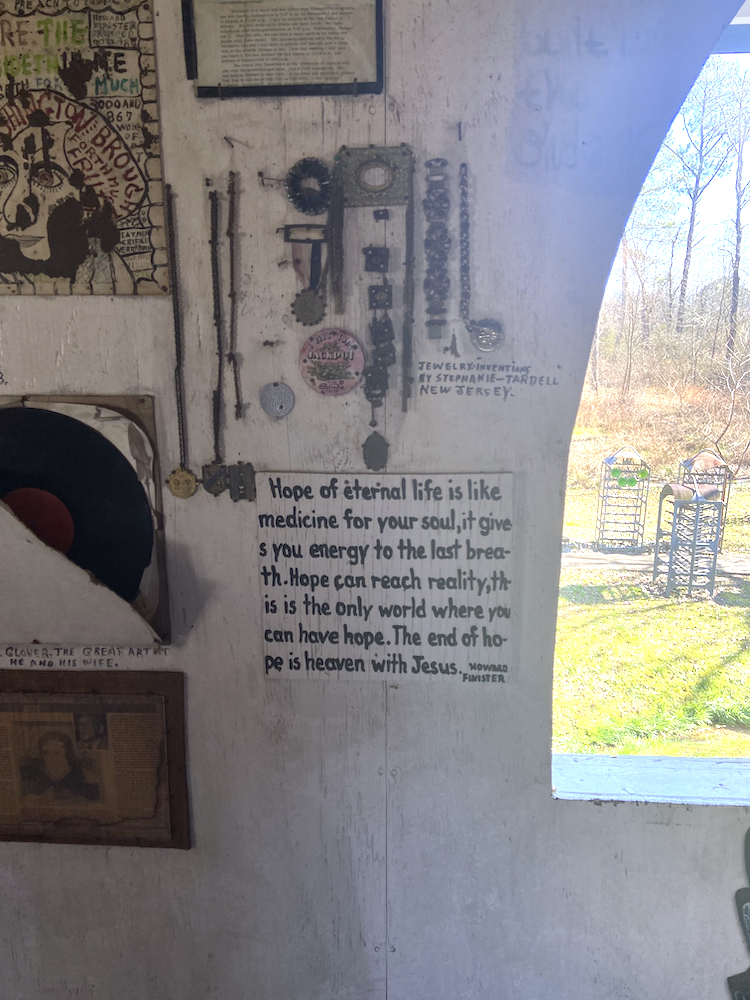 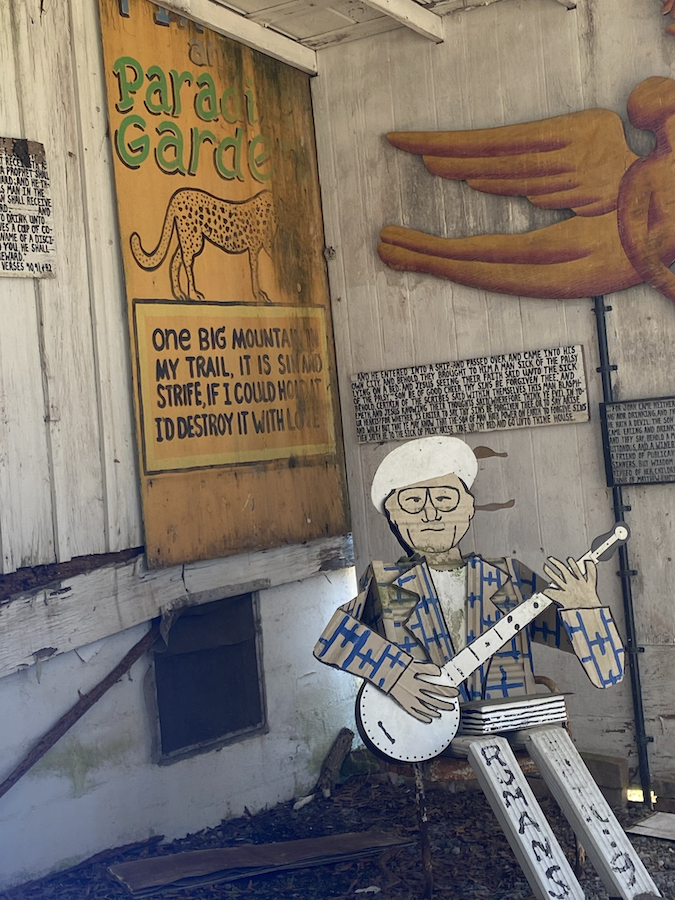 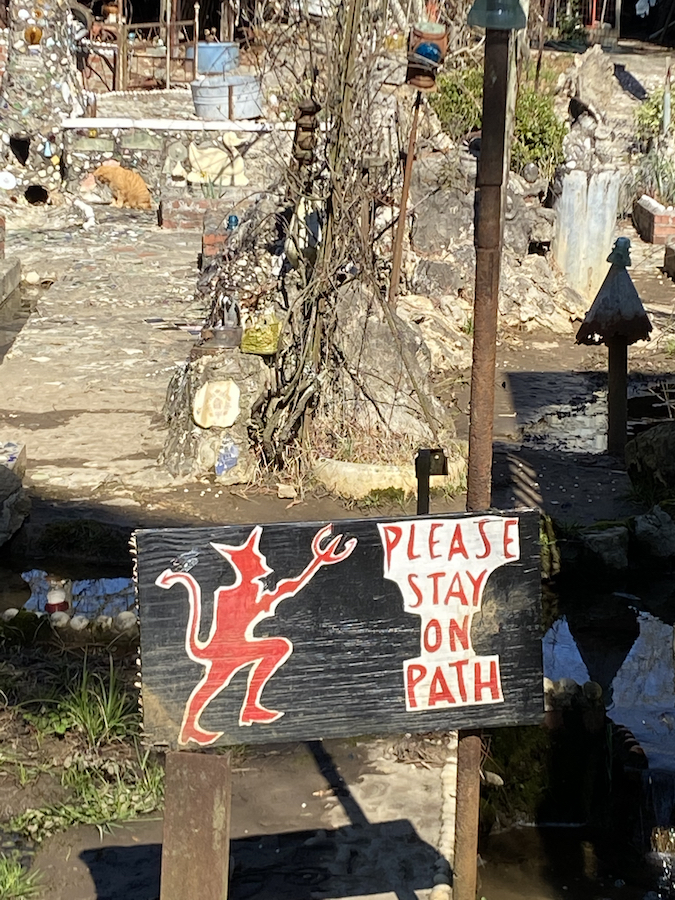 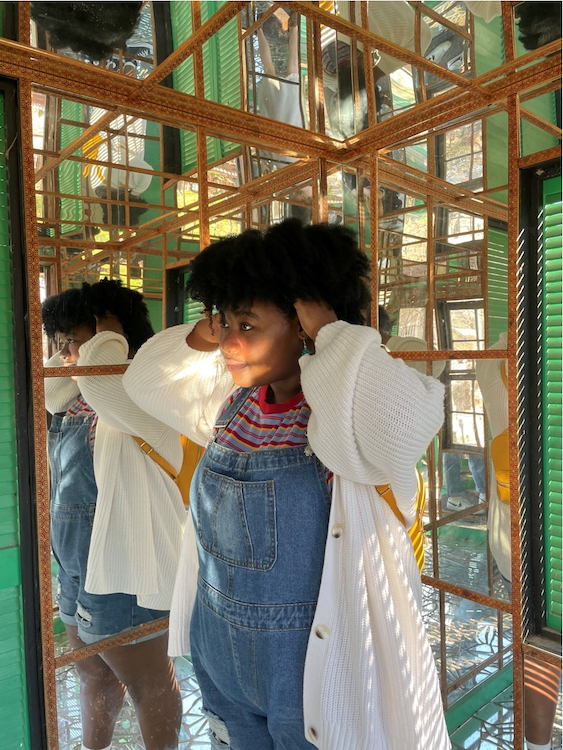 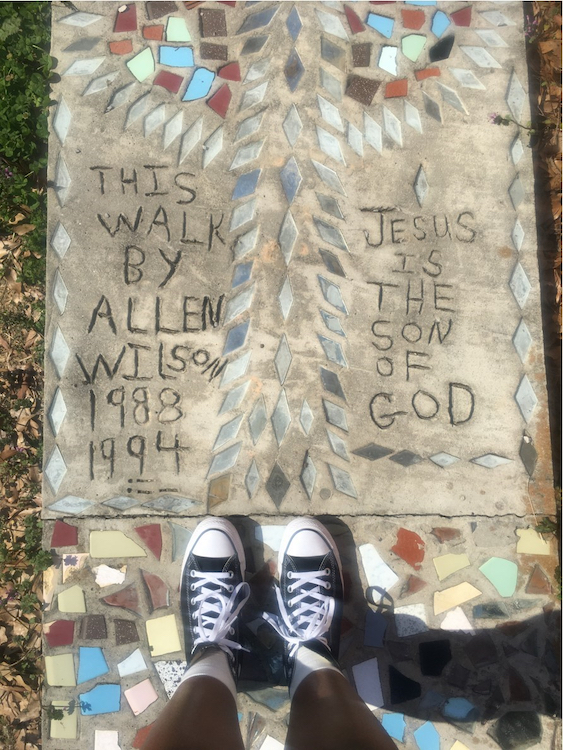