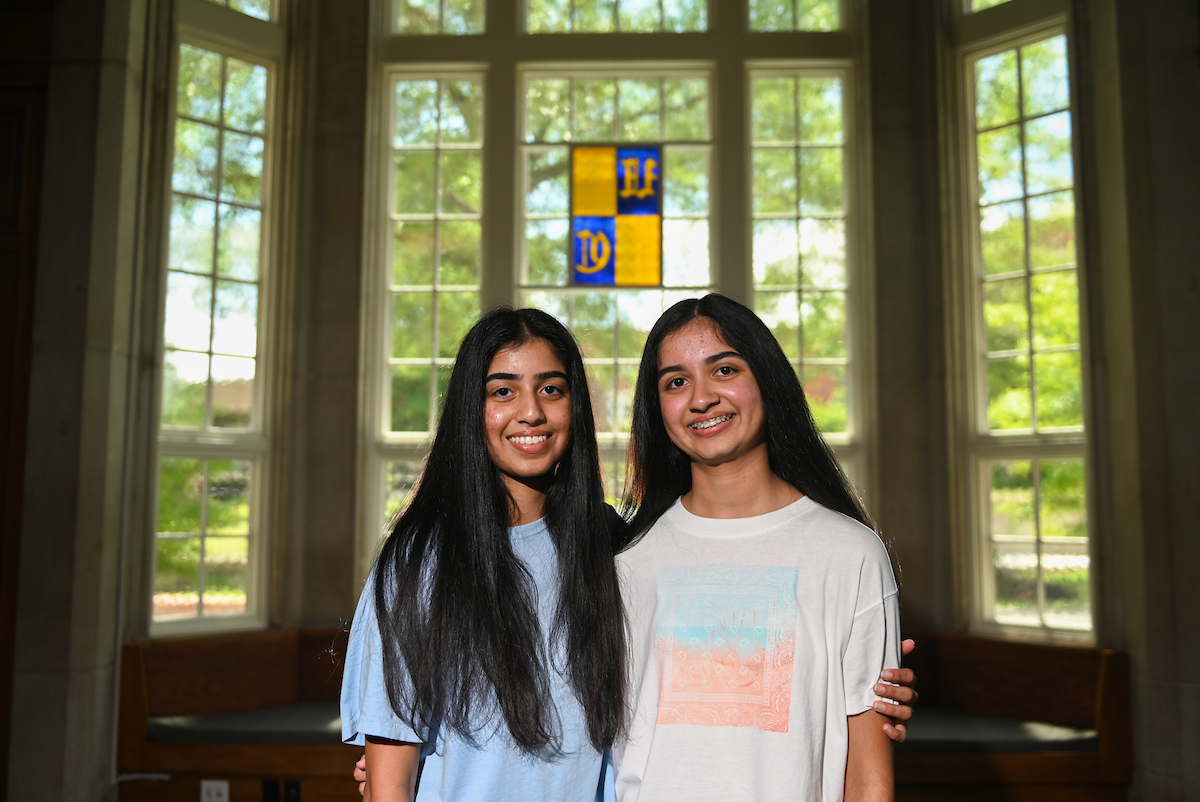 Honors College junior Shriya Purohit, left, gave her younger sister Prisha advice on what to expect when she arrives at UTC this fall as a freshman.

Shriya Purohit started her first semester at the University of Tennessee at Chattanooga when she was 15.

Her sister Prisha starts her first semester at UTC in the fall when she’s 15.

They are both in the Honors College.

They both are golfers. They both take jiu-jitsu lessons. For more than a decade both have been taking lessons in vocal training and classical Indian instruments such as tabla, harmonium and sitar.

Now a junior in business analytics, Shriya knows the first semester in college can be a daunting experience for anyone, but especially when you’re four years younger than most freshmen.

“I didn’t know anyone who was 18 and going to college until I started up,” she said. “I don’t have an older sibling, so I had no idea what was going to happen. ‘Am I going to hate it? Will I want to do a year and then realize that I’m too young?’”

She didn’t want Prisha, who plans to major in cybersecurity, to have those doubts and face a steep and uncomfortable learning curve.

Having a big sister around to act as a coach and advisor definitely took the edge off, Prisha said.

“I am a little nervous, but Shriya has gone through it and I know she’s there for me. She was always there.”

Despite their undeniable intellect, the sisters, who live in Ooltewah, aren’t socially uncomfortable brainiacs who speak only in multisyllabic words. They use the word “like” a lot, just like other teens and young adults. Both have joined on-campus clubs. After this interview, they went to get ice cream.

As would be expected of any incoming freshman, the jitters still come along every once in a while, Prisha said, but they don’t hang around. She also has a plan to manage those feelings.

“I sometimes get a little scared but, other than that, I really try to project myself to make friends,” she said.

Once Prisha arrives on campus, Shriya expects her to have the same experience she had.

“I was really pleased with how everyone supported everyone else,” she said. “I didn’t feel challenged socially or anything like that. I felt like it was completely normal.”

Oh, and both expect their 12-year-old sister Arya, who’s also learning jiu-jitsu, to enroll at UTC when she’s 15.