Even before graduation, Tim Stone has hit the ground running 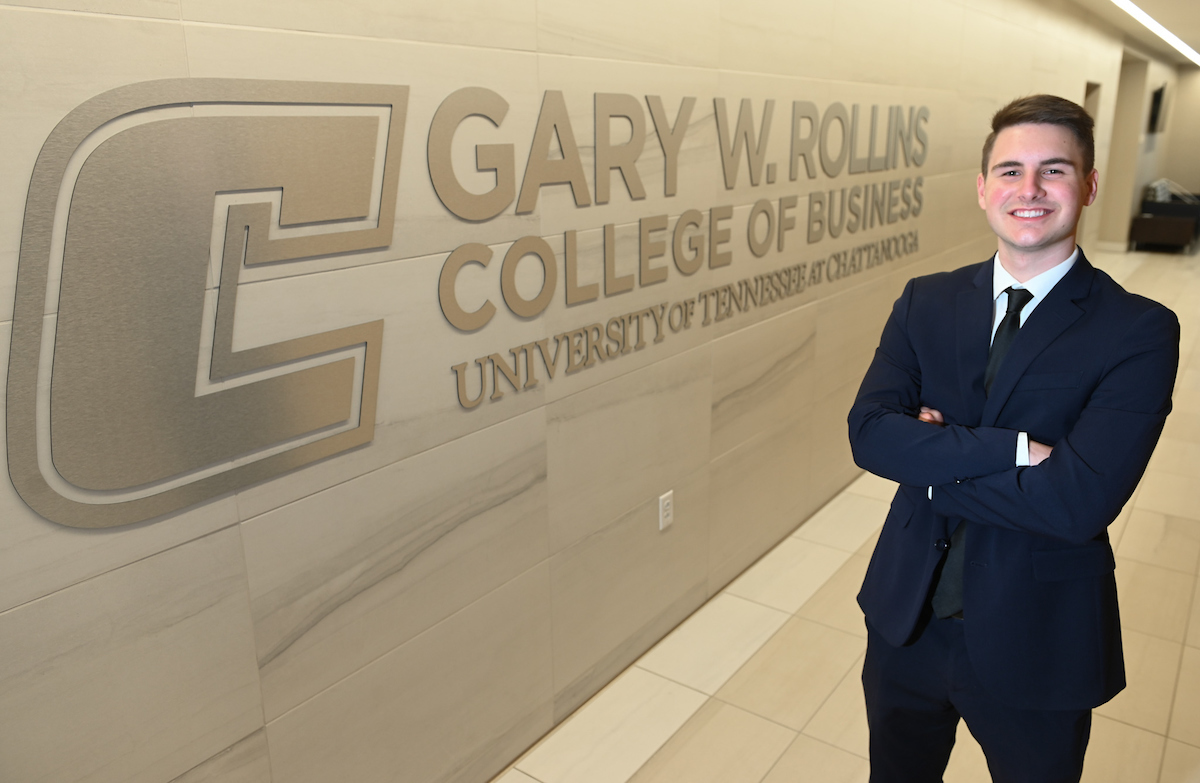 UTC junior Tim Stone is one-third owner of the Well Fund, which has purchased an apartment complex in East Ridge.

Business has always been in Tim Stone’s blood.

When he was 17 and still in high school, he started a website that sold sneakers. He’d buy them from wholesalers and outlet stores or even other online sites. He’d use coupons to knock down their price when he could.

“Anything I could do to get them for a cheap price,­­­” he said. “I would still sell them for less than they’re worth, but where I’m making a profit,” said Stone, now a junior in entrepreneurship at the University of Tennessee at Chattanooga.

About the same time he was striving to be sneaker king, he started a real estate photography business, taking shots of homes for sale, B&Bs and rental properties. When he moved from his home in Blue Ridge, Georgia, to attend UTC, he brought the business with him, finding new clients.

Moneywise, the work helped carry him through his first two years at UTC, along with the Gary W. Rollins College of Business Rollins Scholars four-year scholarship.

About a year ago, his business savvy landed him a job with the Well Fund, brand-new real estate outfit that, in December, bought Glen Ridge, an apartment complex in East Ridge. Stone now lives in the complex. But he’s more than just a resident.

“I own one-third of the company. Real estate always was my plan, and I didn’t know exactly what my path was going to be,” said Stone.

The Well Fund was launched by J.D. Frost, founder of J.D. Frost & Company, a Chattanooga-based firm that offers a host of services including accounting, Internal Revenue Service compliance, consulting on financing and lending and bookkeeping. Frost is a UTC graduate, earning a bachelor’s in accounting in 2004 and a master’s in business administration in 2007.

Stone had been following Frost on Instagram before he came to the College of Business to speak with students who’d been chosen for Rollins Scholarships. Frost recalled that, of all the students, Stone asked the most questions.

“I like somebody who’s asking questions because they’re actually paying attention,” Frost said.

Stone’s real estate plan was revving up last year when it slammed into a roadblock named COVID-19. He had an internship set up with the Erlanger Health System Real Estate Office to start in June 2020, but the job vanished after the virus hit.

The Instagram friendship between Stone had continued after Frost’s discussion at UTC. So, when the Erlanger internship disappeared, Stone contacted Frost. The timing was fortuitous because Frost had just started the Well Fund.

Frost said Stone’s determination and go-getter attitude was obvious through their connection on Instagram.

“He reached out, and he was proactive in the very beginning,” Frost said.

Stone now is property manager at Glen Ridge, handling the complex’s day-to-day operations, which include keeping an eye on the renovation of 15 units and signing leases with new residents.

Frost said he appreciates Stone’s approach, which is a bit soft-spoken but has a core of can-do and figure-it-out.

“What I love about Tim is, I’ll be talking to somebody and they’re looking for a place to rent. I’ll say, ‘Call Tim.’ And the next thing I know, Tim’s gotten them to sign a lease and they’re moving in.”

And yes, as property manager, Stone deals with residents’ problems when they crop up, sometimes in the middle of the night.

“Usually they’re nice and most of the time they wait until the morning to call,” he said.