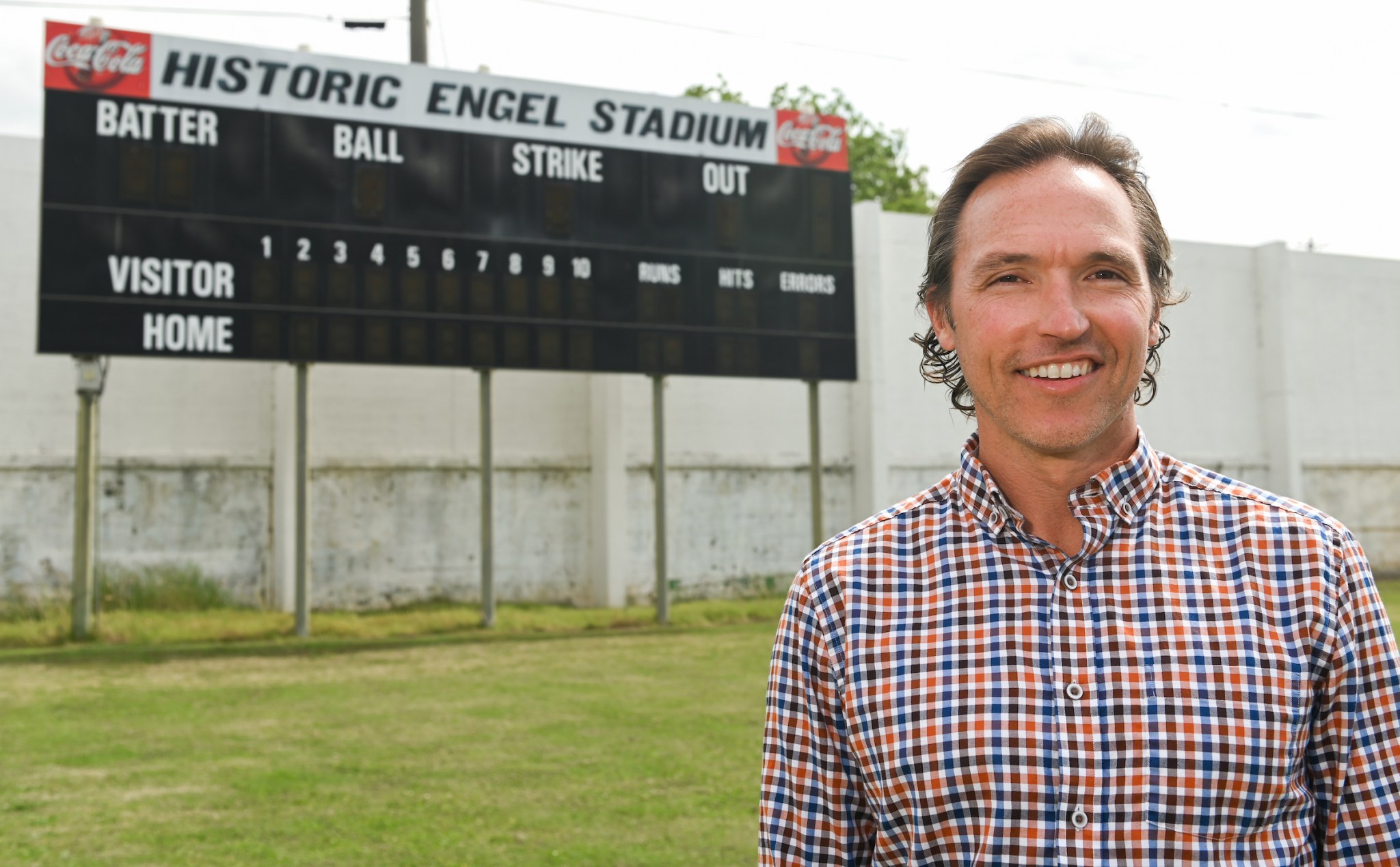 It’s a familiar refrain being played out in the stands of hundreds—if not thousands—of baseball and softball fields every weekend this summer.

“Does my son or daughter have the skills and the mentality to play at the college level? And if so, where?”

That’s how parents think. So imagine what is going through the minds of their high school-age children.

A collaboration involving several departments at the University of Tennessee at Chattanooga and College Sports Evaluation, a Colorado-based service focused on assessing athletes from the ages 14 to 18, is working to answer those questions.

“Athletes who participate in high school sports often ponder or reflect upon their ability to play at the next level. For most, it’s tough to get noticed,” said Eric Hungenberg, an assistant professor of Sport, Outdoor Recreation and Tourism Management in the Health and Human Performance Department at UTC. Hungenberg serves as the UTC point person for the three-year venture.

“What College Sport Evaluation intends to accomplish is to provide a more objective, transparent way of signaling to an athlete what their likely suitability is,” he said.

College Sports Evaluation (CSE), which operates under the parent group of Triple Crown Sports, was created to assist high school athletes in their recruitment process by educating them on their suitability or likelihood of success at different levels in college. The project with UTC is designed to predict future athletic success.

Hungenberg explained there are numerous levels of college baseball and softball. While Division I athletic programs are most famous for their Power Five conferences (SEC, ACC, Big 10, Big 12, Pac-12), there are hundreds of other programs—ranging from Division I mid-majors (such as the UTC softball program) to Division II, Division III, NAIA and junior college levels.

“Kids have different expectations of what a successful athletic experience looks like,” Hungenberg said. “Some want to be a big fish in a small pond. Some are more than happy to be a small fish in a big pond.

“CSE wanted to create an objective statistical method of calculating a score that essentially reflected these different college levels.”

Hungenberg’s initial connection with Triple Crown Sports, which specializes in high-end youth collegiate event sport management, began shortly after obtaining a master’s in sport and exercise science from the University of Northern Colorado. He provided analytics work for the company and served as an event director.

After Triple Crown Sports created CSE, Hungenberg was asked to help develop an algorithm that forecasted one’s suitability at different levels. As he explained, at showcase events and camps, college coaches “take athletes through each drill and evaluate them based on what they see, which can often be very subjective.”

To eliminate that bias, Hungenberg and CSE have looked at more rigorous evaluation methods based on what hundreds of college coaches deem valuable.

“We have essentially weighted each of the skills that they’re evaluating,” Hungenberg said. “Those weights are then used to build an algorithm that produces a final score so that it isn’t just an aggregate of each of the skill assessments.”

This predictive algorithm, called an analytic hierarchy process, is a multi-criteria tool used for decision-making or problem-solving in real-life situations. “Businesses use it all the time in feasibility studies,” he said.

The algorithm converts these evaluations into a number that relates to future success at the specific college levels.

As part of identifying the key indicators or the critical predictors in assessing one’s skill level, Hungenberg built in stability, strength, agility and speed tests to consider more objective means of evaluating an athlete’s ability.

“But as I began to do more and more research as to what metrics to include in our algorithm, it became pretty clear to me that cognitive response time or an athlete’s reaction time was a critical piece to the puzzle,” Hungenberg said. “One thing we had a difficult time capturing was someone’s reaction time, and in baseball and softball, reaction time is critical.

“In fielding, your first step reaction to the ball is critical; a half-second delay means the world. Similarly at the plate, your ability to react to a changeup, a curveball or fastball has significant implications on your hitting ability.”

Hungenberg said that in a university setting, “You’re not short of brilliant people who have experience in these sorts of things. That is where collaboration within a collaboration came into play.”

Gary Wilkerson, a UTC professor in graduate-level athletic training and a researcher in that field for more than 25 years, and Mina Sartipi, director of the Center for Urban Informatics and Progress, have created a mobile phone application that captures cognitive response efficiency and speed.

Called the Eriksen flanker test, this app is a metric that analyzes athletes’ detection, reaction and response to environmental changes. A series of images prompts the user to tilt their mobile device left or right while testing cognitive processing through reaction times and accuracy.

“This app is easy to use, and CSE has now incorporated it to objectively analyze an athlete’s reaction time. This just furthers the rigor and validity with our research methods and our predictive model,” Hungenberg said.

“With Gary Wilkerson’s and Mina Sartipi’s involvement with this flanker application, this is just scratching the surface on what we could do in the future. Dr. Wilkerson, for instance, has vast experience in predicting injury, creating a myriad of possibilities.”

With the summer months in full gear and baseball and softball tournaments occurring every weekend, Hungenberg said the significant amount of data being collected would improve the analyses and forecasting capabilities.

“A high school player has a difficult time assessing where they’re at,” Hungenberg said, “but at least a player and his or her parents will know that an objective third party is providing a comprehensive assessment while attempting to eliminate as much bias as possible.

“Hopefully, the analytics we create tells a story that the athletes can believe in and trust, and the college recruiter can rely upon them to better identify players and streamline the process. That is what this algorithm is intended to achieve.”