by UTC Communications and Marketing June 4, 2021 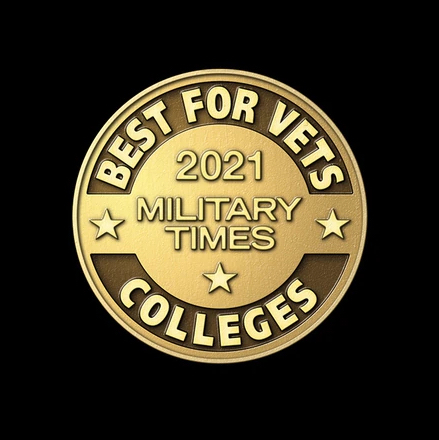 The University of Tennessee at Chattanooga has been selected as one of the nation’s 30 Best for Vets colleges in 2021.

UTC was ranked No. 30 in the list, which looked at 366 schools—both public and private—in the United States. It also is the highest ranked university in Tennessee.

The rankings were compiled by Military Times, which publishes a print version and hosts a website with news about service members around the world.

“To create the rankings, we evaluated colleges’ survey responses based on what veterans have told us is important to them, as well as on our own editorial judgment,” Military Times said.