by UTC Communications and Marketing August 5, 2021 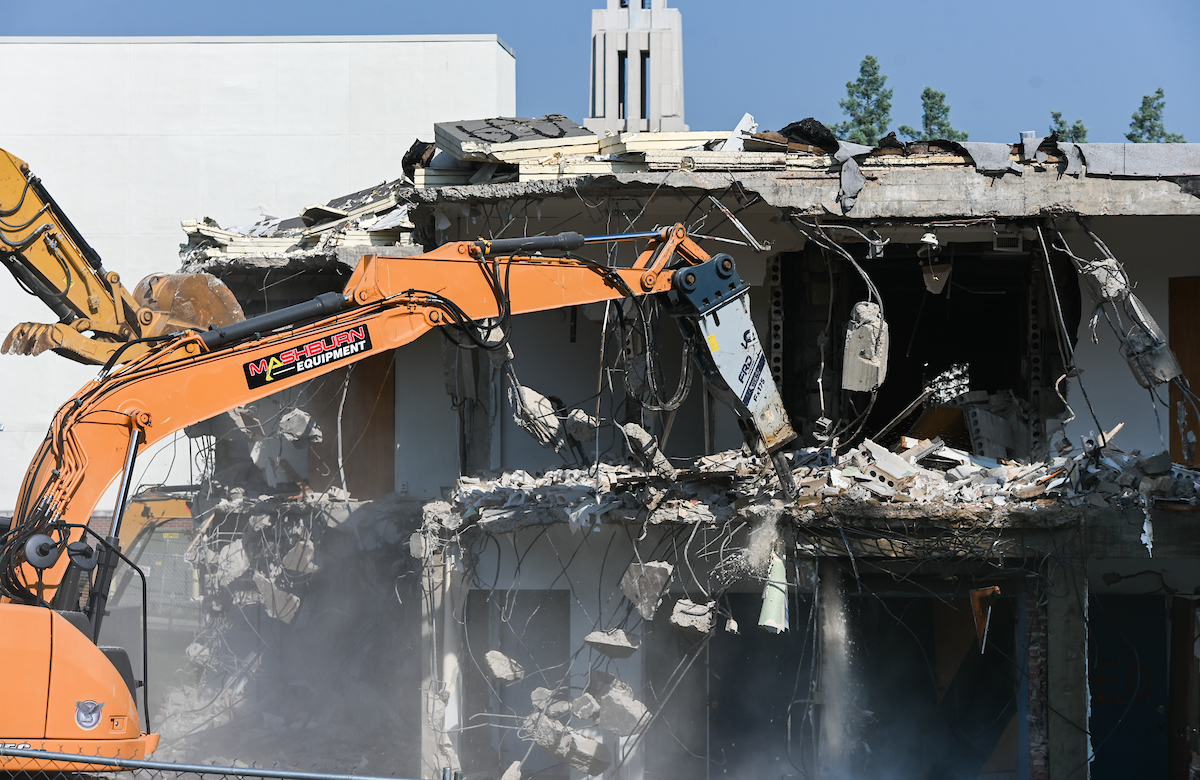 Frist Hall, formerly a children’s hospital, was donated to UTC in 1985.

Hunter Hall has been a very durable and efficient academic building serving the campus for nearly 70 years.  Much of the original interior finishes still existed until the start of this project, so it was time for a major face lift. The project also is addressing building utilities as well as exterior maintenance items.  One aspect of the project, which will benefit pedestrian traffic for the entire campus, is the redevelopment of Campus Drive to improve access to multiple buildings and parking areas. This redevelopment also will complete beautification efforts on the central pedestrian spine from Fifth Street to McCallie Avenue.

Frist Hall no longer exists. The removal of debris and planting of grass where the building once stood is now taking place. The building was originally constructed as a children’s hospital and served the community in that capacity until it was donated to the University in 19850. Because of the type of its construction and layout, it was inefficient in both energy usage and space utilization.

Design is being finalized for the Wolford Addition to McKenzie Arena that will serve as a new and improved Football and Athletic Training facility. Construction is expected to start late in the fall semester.

You will notice construction activity around the Metro Building and Grote this fall. There are a couple of capital maintenance projects that are ongoing to improve the overall campus utility systems’ efficiency and reliability. Although these projects introduce some temporary inconveniences, they are vital to ensure that power and air-conditioning systems are kept online. The projects also contribute to the reduction of the campus’ carbon footprint by reducing energy consumption.

A project is underway to replace most of the older lighting fixtures on campus with new LED fixtures that are currently not planned for replacement in other future projects. This project will improve lighting quality and greatly increase energy efficiency.

A project is underway on the Fifth Floor of the 540 McCallie Building that will serve as a new home for Information Technology. It will consolidate their department into one location to provide an environment for improved efficiency and intradepartmental collaboration. It also will contribute to our efforts to empty the Doctors Building in anticipation of future demolition.

You will notice a lot of activity in the skyline views around Lupton Hall this fall. A project has just kicked off to install a new roof. Almost all the activity will be limited to the roof and should not cause any issues for the campus community. The roof on the adjacent Crossroads dining hall also will be replaced in the same timeframe.