Author to discuss slave trade in the Southeast 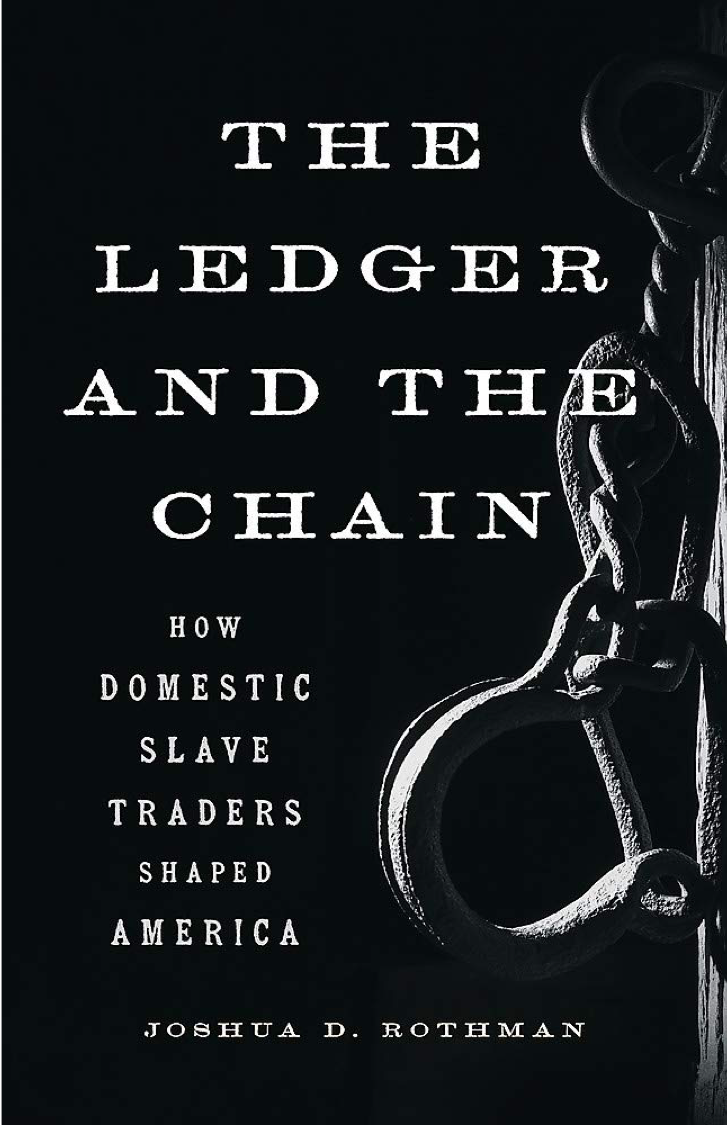 What: Conversation with Joshua Rothman, author of The Ledger and the Chain: How Domestic Slave Traders Shaped America

Slave traders are only mentioned in passing in most American slavery histories. These traffickers sold almost half a million enslaved persons from the Upper South to the Deep South and were critical to slavery’s spread.

They also played a prominent role in the growth and wealth of the United States.

A conversation-style event featuring an award-winning historian will take place on the University of Tennessee at Chattanooga campus to discuss this convergence of slave trade, capitalism and economic growth.

On Thursday, Oct. 14, the UTC Department of History, Africana Studies Program, the Department of English and the Department of Political Science and Public Service will welcome Joshua D. Rothman to discuss his new book, The Ledger and the Chain: How Domestic Slave Traders Shaped America.

The conversation with Rothman, a professor and chair of the University of Alabama’s history department, will begin at 4 p.m. in Derthick Hall 201.

“The book is about the men who ran the largest domestic slave trading operation in American history,” Rothman said. “But their story also lets us trace the entire lifecycle of the slave trade itself.

In The Ledger and the Chain, Rothman traces the lives and careers of Isaac Franklin, John Armfield and Rice Ballard, a trio who constructed the largest and most powerful slave-trading operation in American history. They were far from social outcasts and instead were wealthy and widely respected businessmen. Their firm, Franklin & Armfield, connected Southern fields to Northeastern banks.

“He bought the Beersheba Springs resort after he retired, and basically served as a kind of impresario of the place for years, hosting Southern elites on their summer vacations. He was also instrumental in helping found the University of the South,” Rothman said.

In conjunction with Rothman’s visit, more than 15 UTC students are participating in a book club reading of The Ledger and the Chain before his arrival.

Tagged with: josh rothman The Ledger and the Chain: How Domestic Slave Traders Shaped America