Communication alum grows local farm from the ground up

by UTC Communications and Marketing October 24, 2021 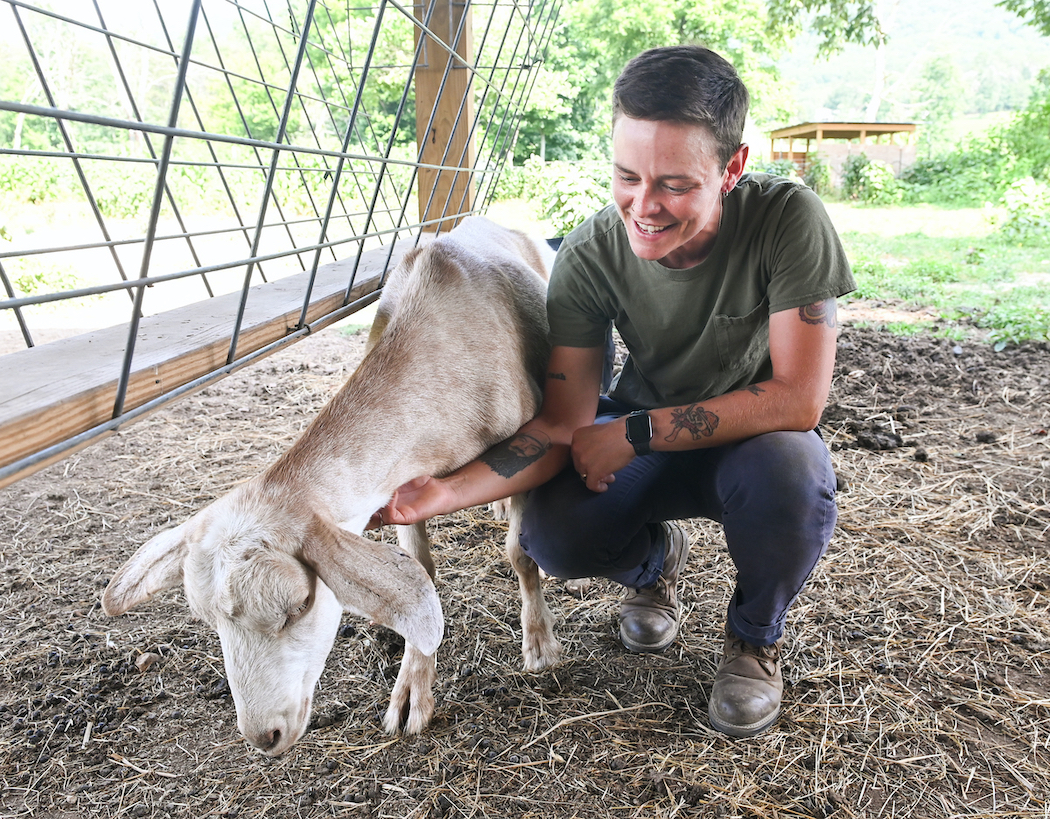 After graduating from UTC in 2013, Ollie Johnston began a career in marketing, but eventually left that path and started Wasawillow farm on family land at the foot of Lookout Mountain in Wildwood, Georgia.

Ollie Johnston says it was never part of the plan to become a farmer.

After graduating from UTC in 2013 with a degree in communication, Johnston’s internship with a local company grew into a career in marketing.

When the company began discussing plans for downsizing, however, Johnston saw the opportunity to explore new career paths. Those eventually led to the creation of Wasawillow on family land at the foot of Lookout Mountain in Wildwood, Georgia.

Read more with this casual Q&A at Wasawillow Farm:

How did you become a farmer?

Well, I got a job in marketing as a product marketing manager in Chattanooga after college. I started out as an intern there and then just kind of stayed there for maybe four years or so.

The company I worked for was downsizing, and they told all the managers that, if any of us wanted to take a payout or whatever and save the other workers jobs, then go for it. I had been unhappy for a while. I just kind of realized I wasn’t made to work behind a desk. And I’m just very hands-on, tactile. I like to tinker. I decided that, if I was going to leave, then I was only going to do a job that I really enjoyed doing.

So I got a job in a catering kitchen because I’d always wanted to be a chef. And then I started noticing all this produce coming in and half of it would be rotten or smashed or just bad.

I was living out here at the time already and so I thought, “I could probably grow better food.” I mean, I’d never grown anything. I seriously could not keep a plant alive for the life of me.

I had a buddy who was our farm hand for 30 years. He actually just passed away last year. He was basically my mentor. He was out here every day with me. He just kind of showed me the ropes. How to grow things without using chemicals.

You said you’re pivoting from selling your produce at markets to selling produce directly to restaurants. What are some other goals that you have?

Honestly? To not work so dang much. I work 90 hours a week for eight, nine months out of the year.

Maybe hire some people and be less hands-on on the farm. Maybe spend some more time woodworking. It’s one of the things I really love to do, and I’m trying to learn how to build furniture right now.

I love woodworking and I also do stained glass. I might have time to do that more and make some more pieces. My grandmother is a really incredible stained glass artist. She’s got a little shop inside the barn. She showed me how to do it a few years ago, and I got hooked.

What have been some challenges of owning your own business?

Trying to find a work-life balance.

I love to work, but I also really like to play. I’m the kind of person that will not put anything out there with my name on it unless it is up to my standards. And I probably hold myself to a higher standard than necessary.

What have been some of the pleasant surprises about owning your own business?

The people and the support.

Everybody is so excited about farming, local produce and sustainable living. I just feel really grateful because it’s just been received so well. I get new chefs reaching out every week, and, I mean, I’m really at a point right now where I don’t even … I don’t have enough. I’m not growing enough to meet the demand that I have, which is a good thing but also sucks because I want to get it out there.

What are some of the local restaurants where people are eating your food?

Gaining Ground Grocery, which is an offshoot of the Chattanooga Sustainable Food Center, sells my produce, and that farmers market at Black Creek in Lookout Valley.