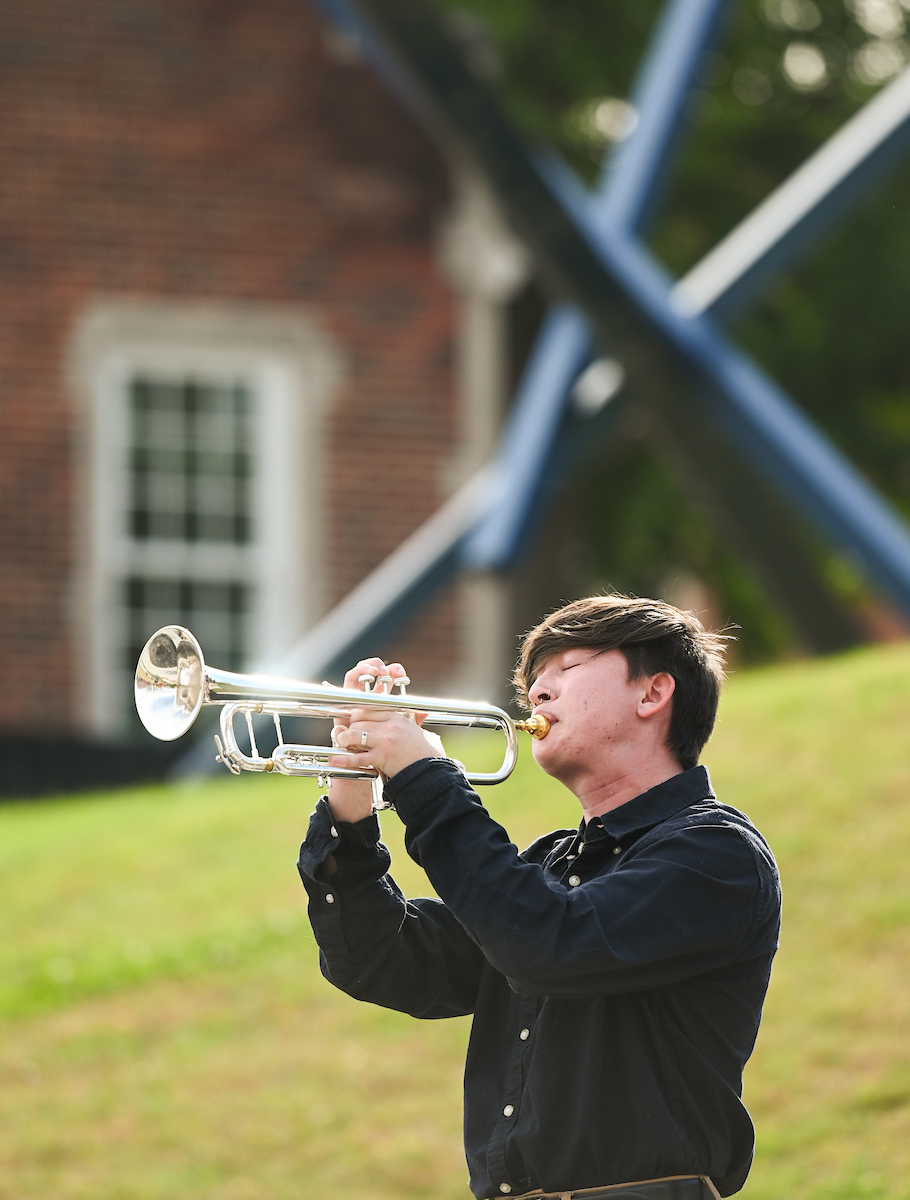 “The military is huge in my family,” says Tizzy Smith.

Trumpet players from across greater Chattanooga took part in the annual University of Tennessee at Chattanooga “Taps” Project to thank armed forces veterans for their service as part of a Veterans Day tribute.

Thanks to the strategic placement of trumpet players across UTC, “Taps” steadily made its way across campus from player to player, the haunting melody gradually flowing through campus, echoing between building walls.

It was Isaac’s third time participating in the “Taps” project.

“To be a part of this is something that’s greater than myself, let alone to be the person to start it,” said Isaac, a music composition major. “I’ve never been the first person, and I was a little bit nervous, but Dr. Schafer had faith in me to give it a nice strong start.”

Freshman music education major Preston Johnson, a tuba player in the UTC Marching Mocs who also plays trumpet, was lined up outside the Fine Arts Center.

“It was surreal. It was exciting to be able to stand there and play such a beautiful tune,” Johnson said. “I played trumpet for about seven years in middle and high school, but I’ve never had an opportunity quite like this. It was definitely something special and something to remember.”

“Taps” had special meaning to the last player, sophomore music performance major Tizzy Smith, who was positioned adjacent to the Chamberlain Field “Power C” and was last to play.

Smith’s brother, Elijah Henry, serves in the U.S. Navy, and his late grandfather and great-grandfather were veterans.

“I kept thinking about my grandfather (Joseph Smith) while I did it because he passed away, and I was remembering how I got to play ‘Taps’ for him as well before he passed,” Smith said.

“The military is huge in my family, so it is a huge honor doing this. I’m so glad that I got to end it and be the last person to perform.”

Schafer, who coordinated the event, called it a perfect day for “Taps.”

“Not too cold, not too hot, not raining but overcast. That’s always nice,” she said.

“I’m a veteran myself. I was in the U.S. Navy Band in Washington, D.C., for seven years and I was doing the math,” Schafer said. “I think that I performed ‘Taps’ somewhere around 600 or 700 times total in my time there.

“Most of those were at Arlington Cemetery in any and all conditions. When the weather was bad, they might cancel the band; but the trumpeter, you always have to have ‘Taps.’” 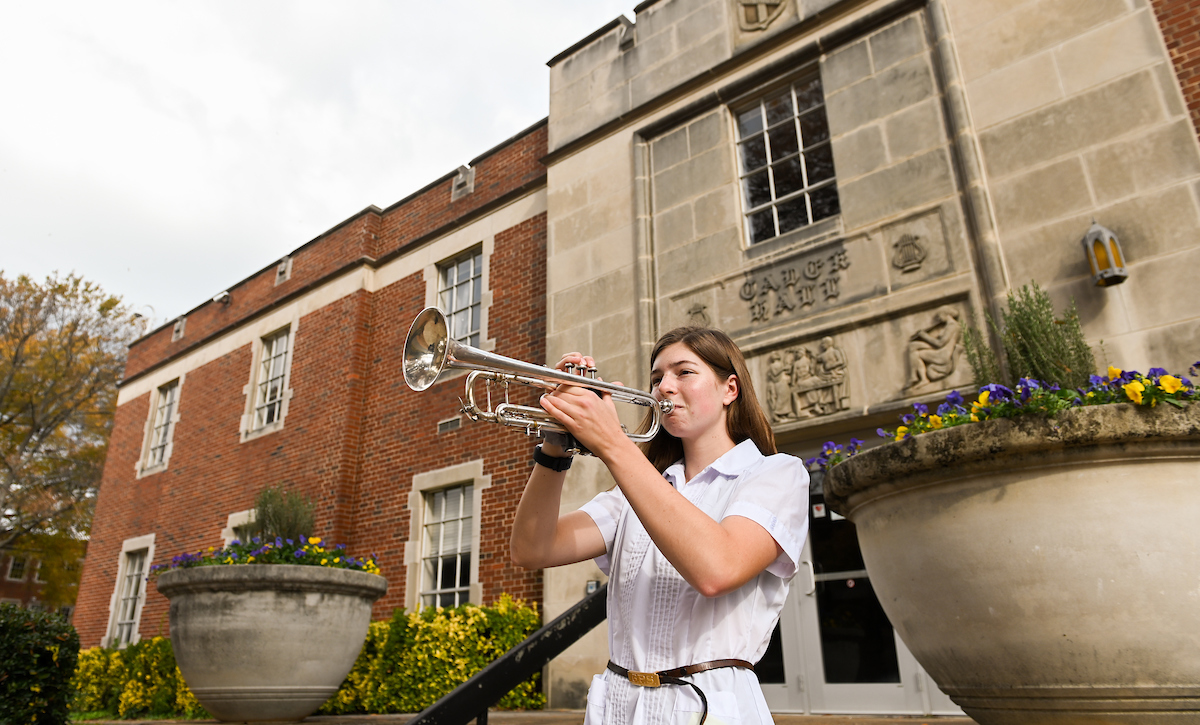 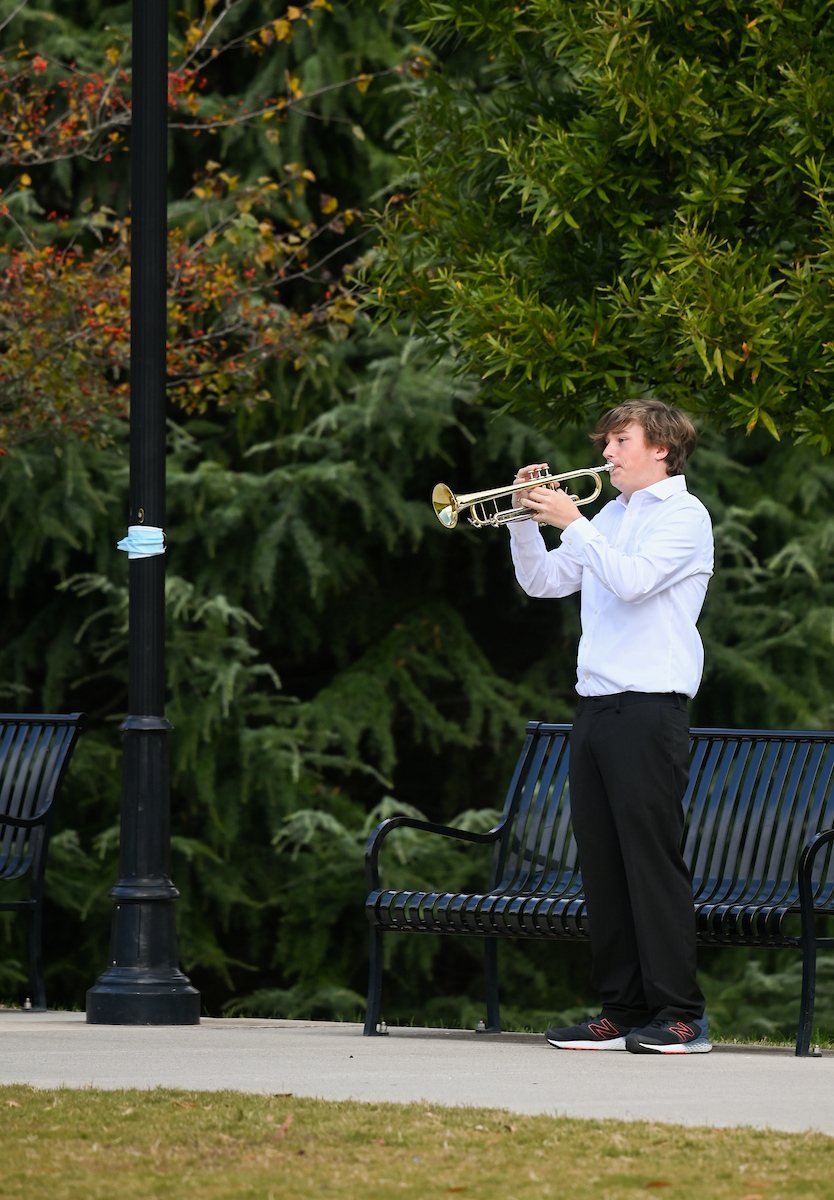 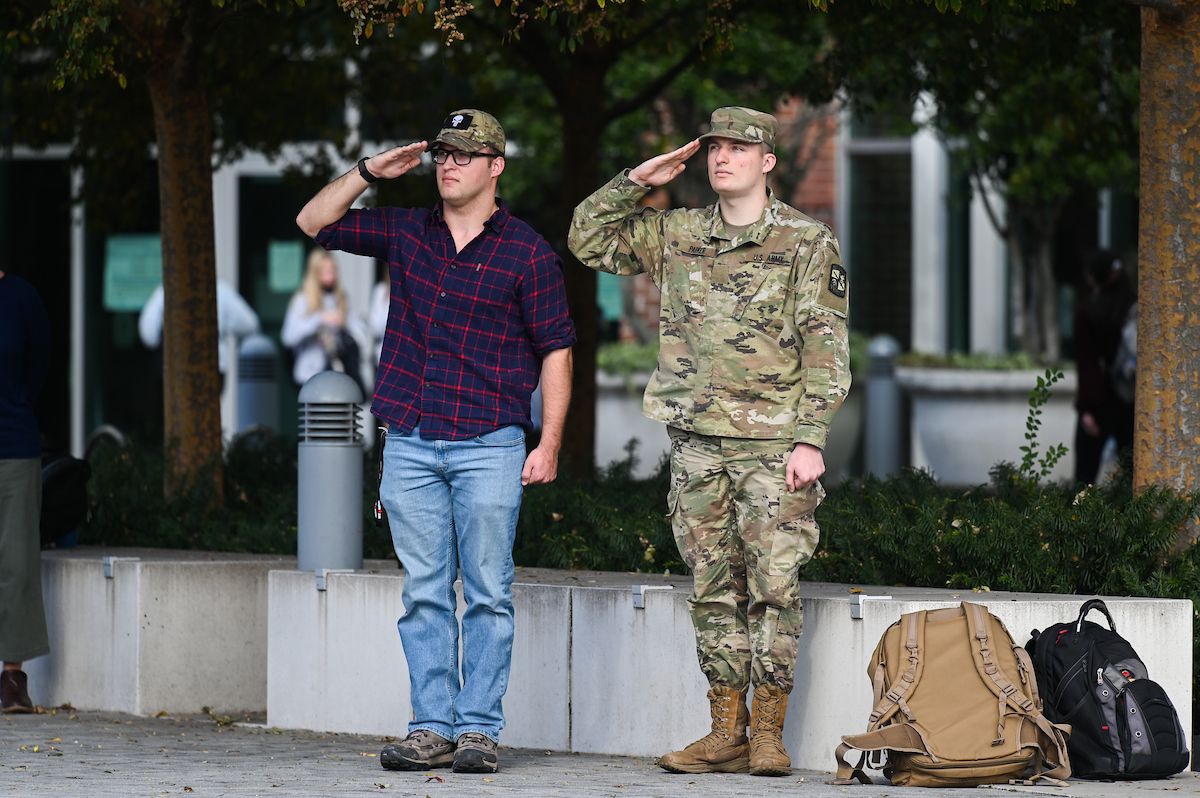 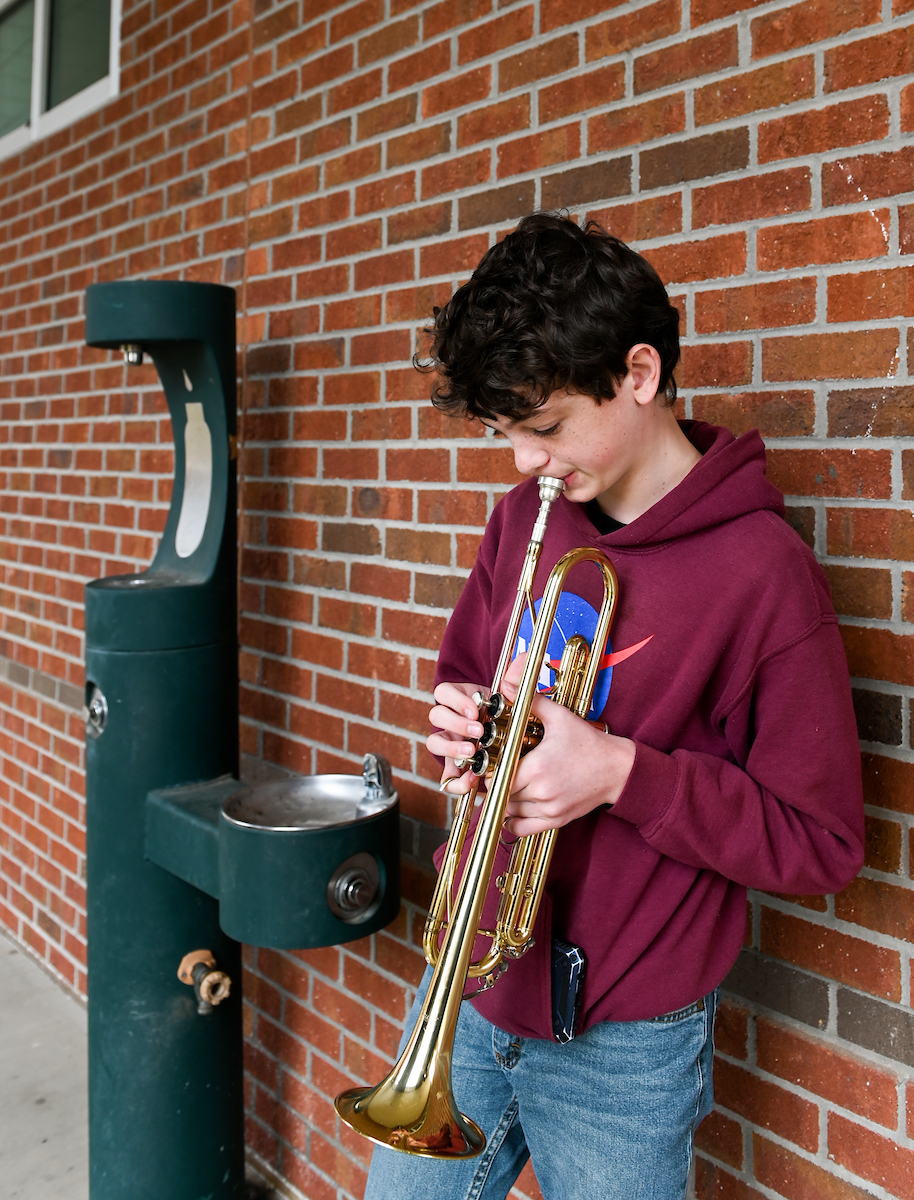 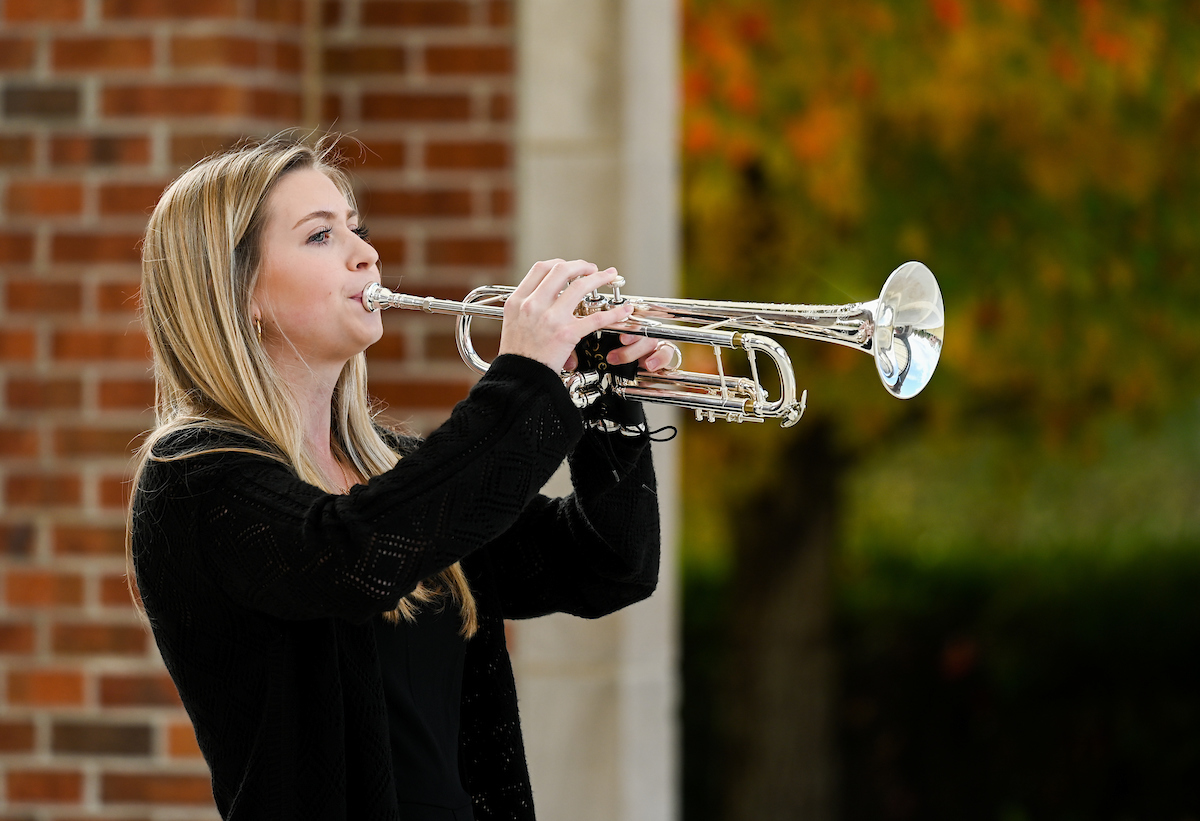 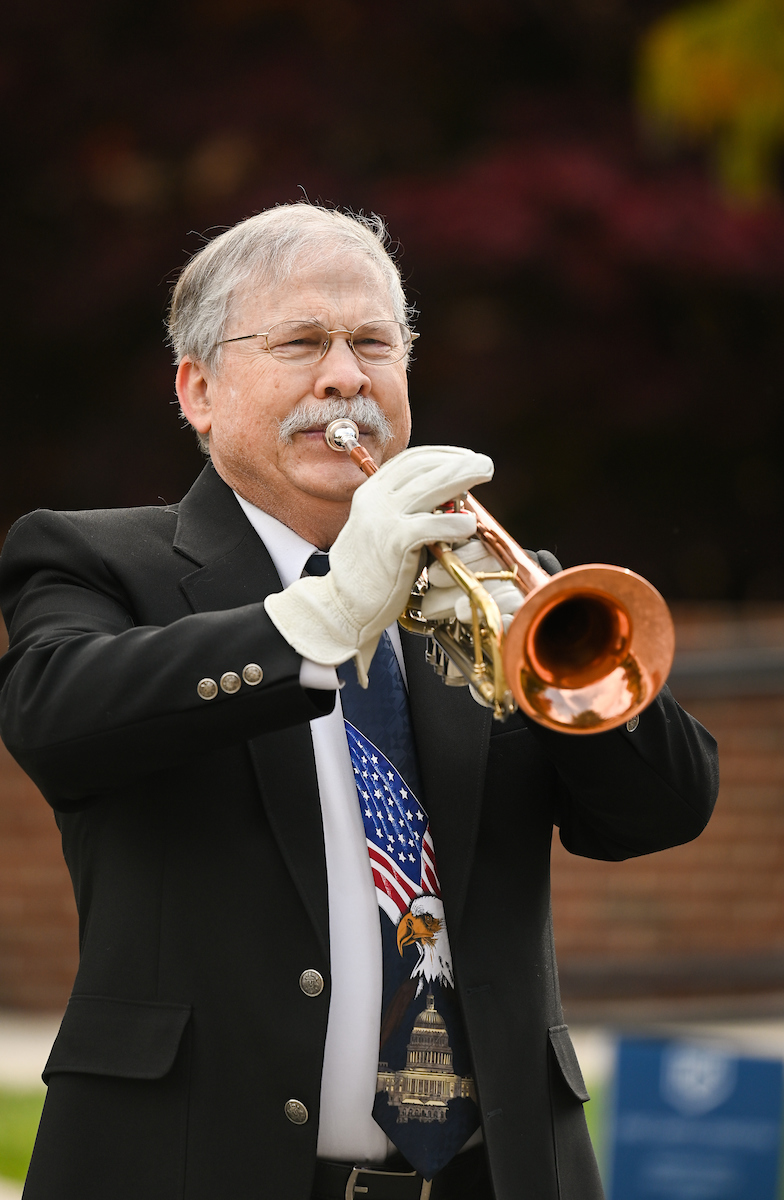 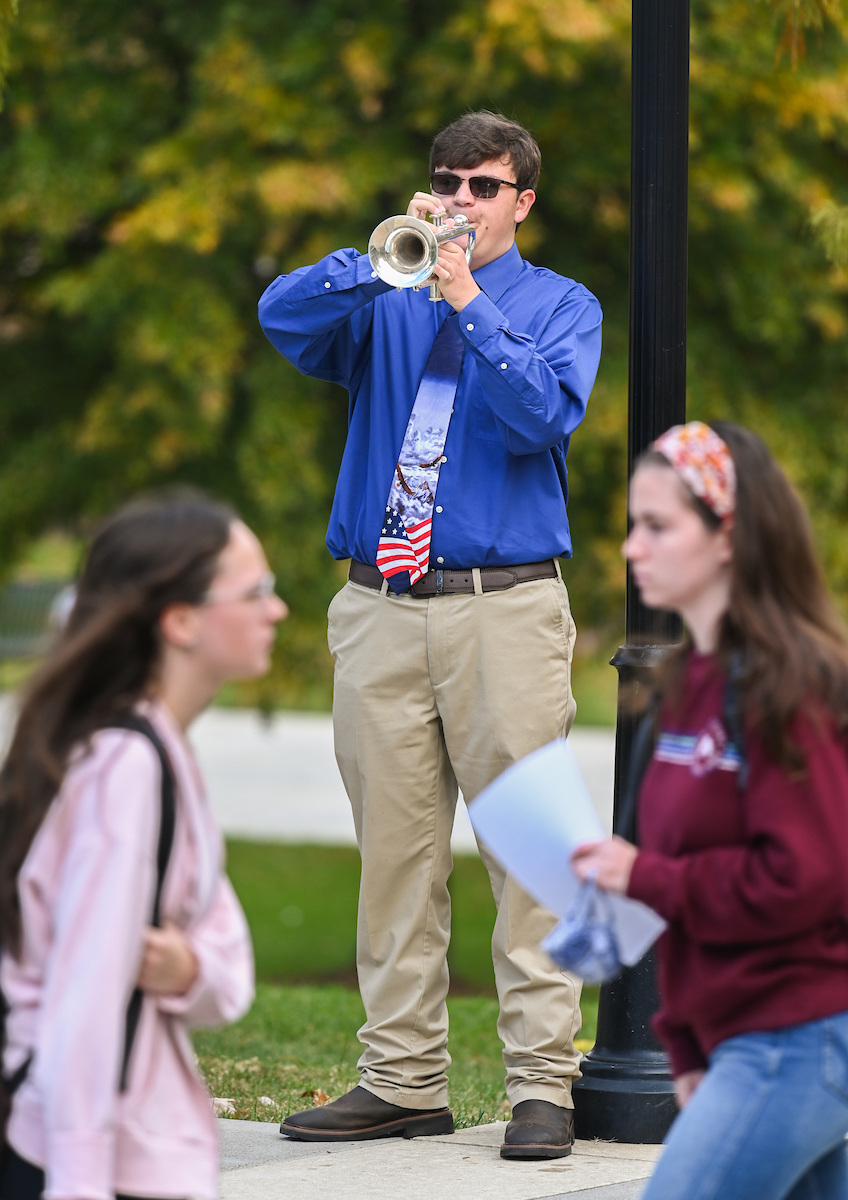 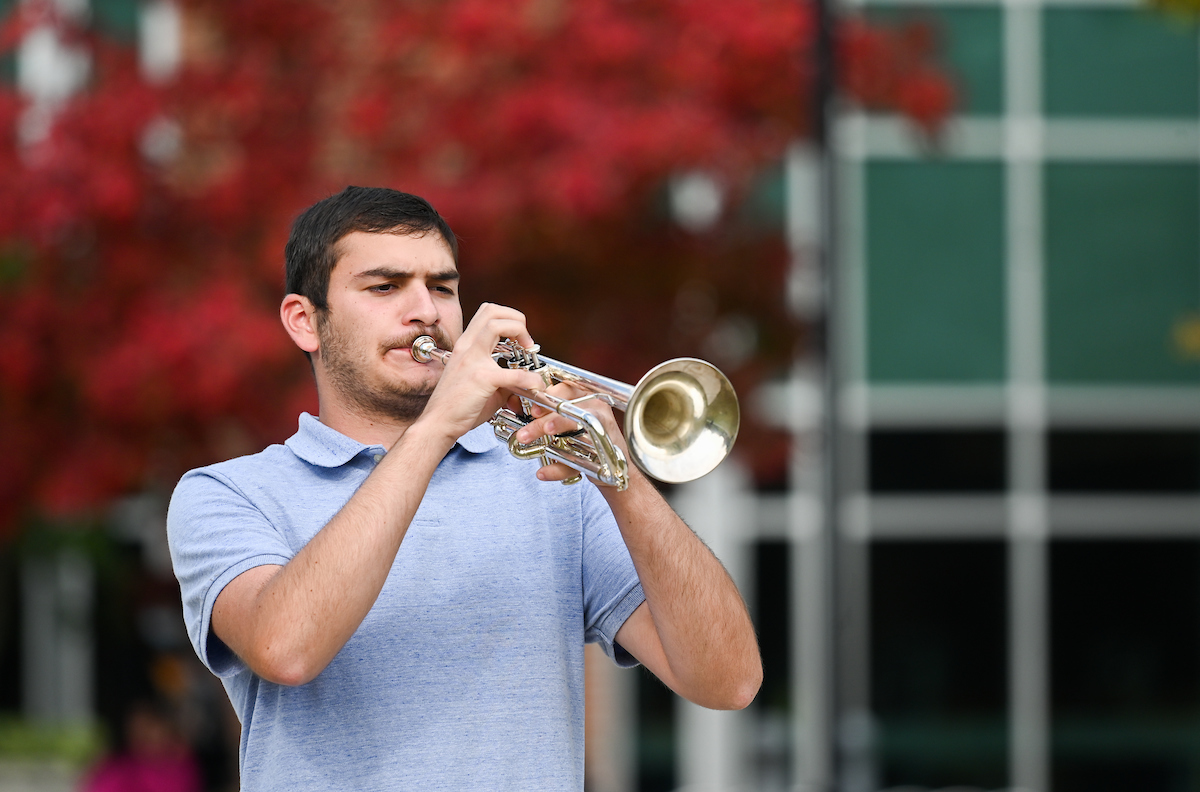 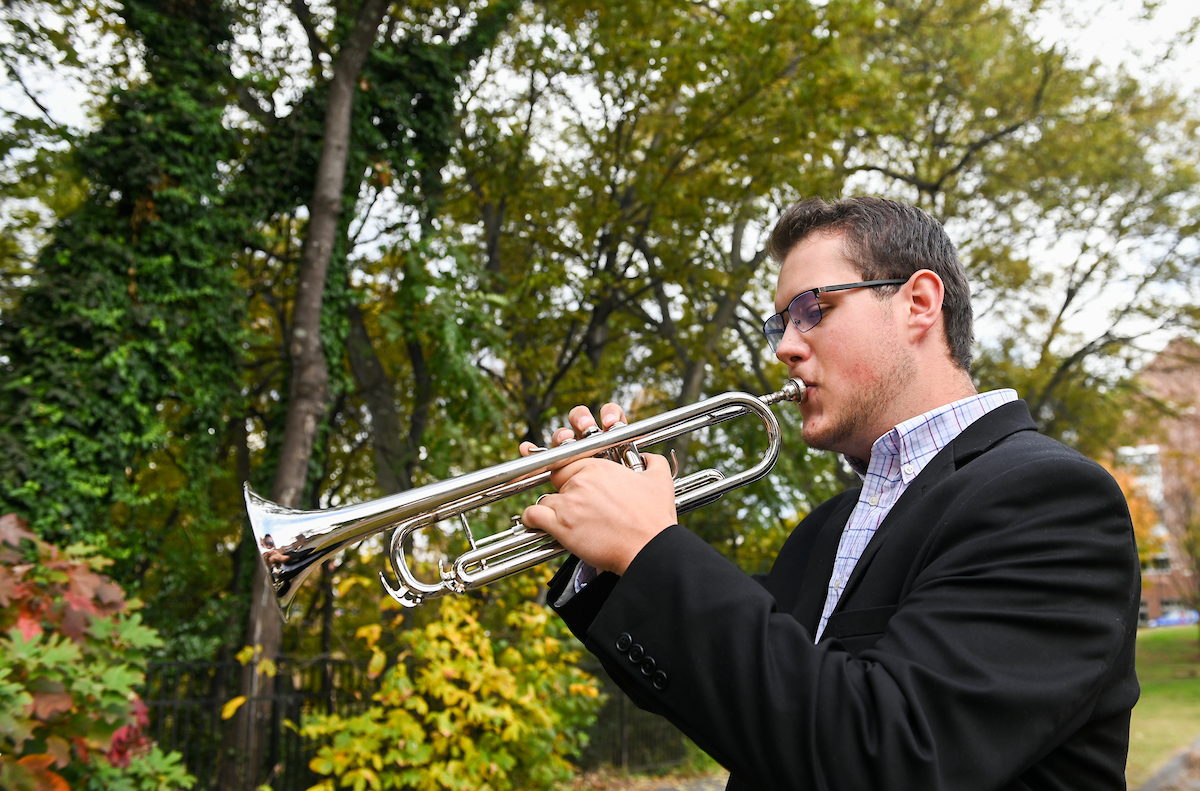 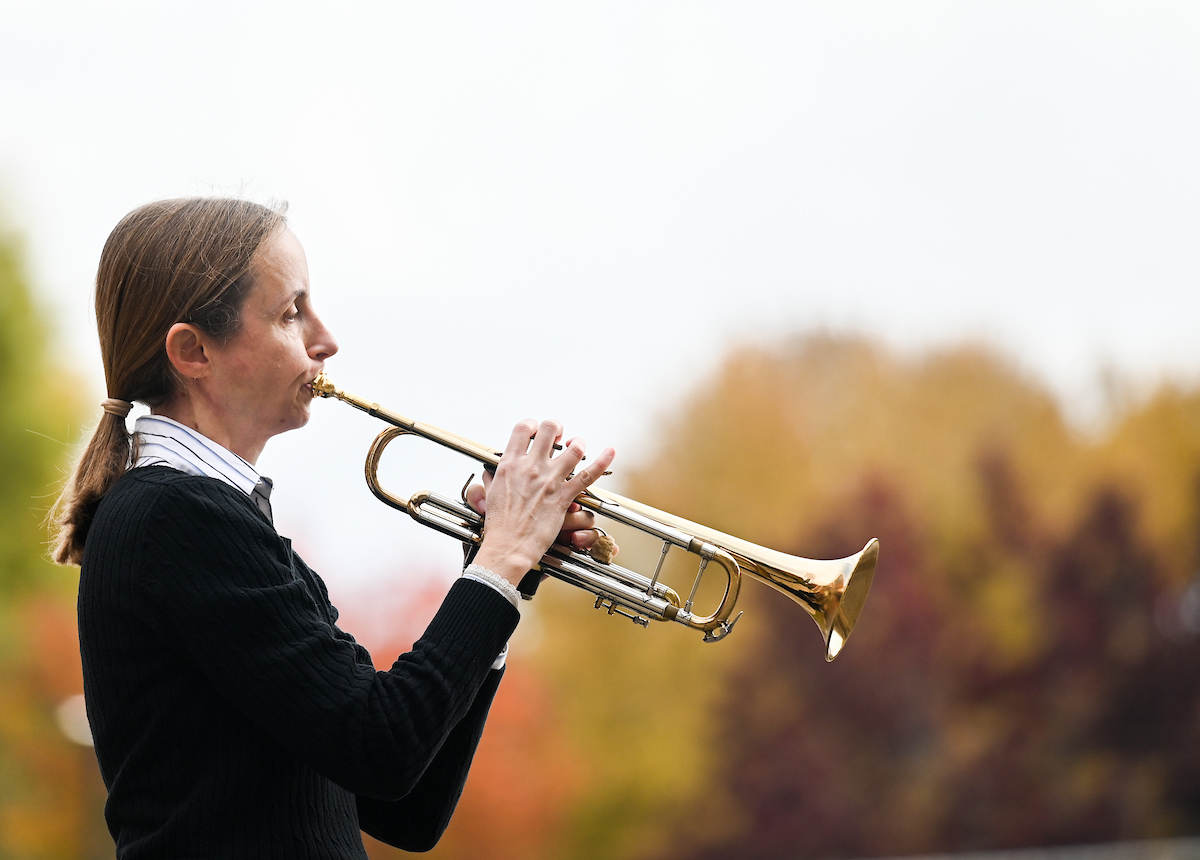 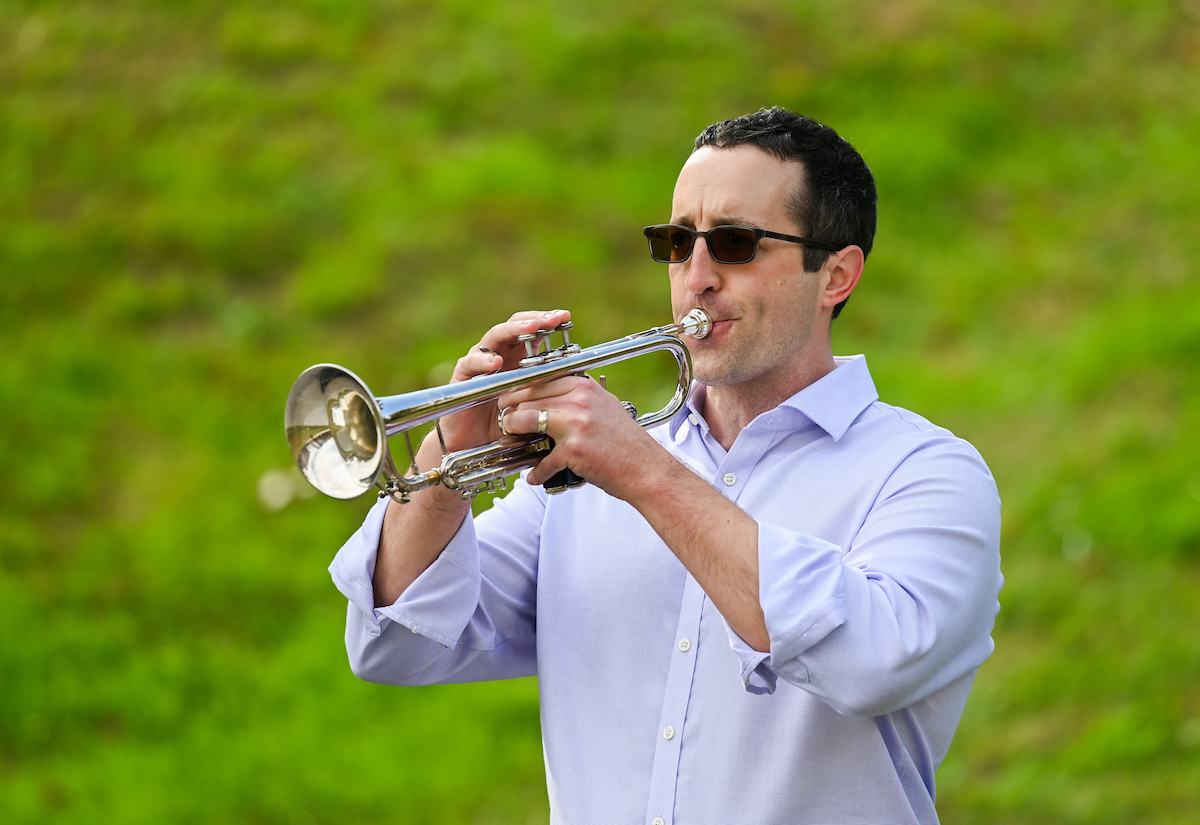 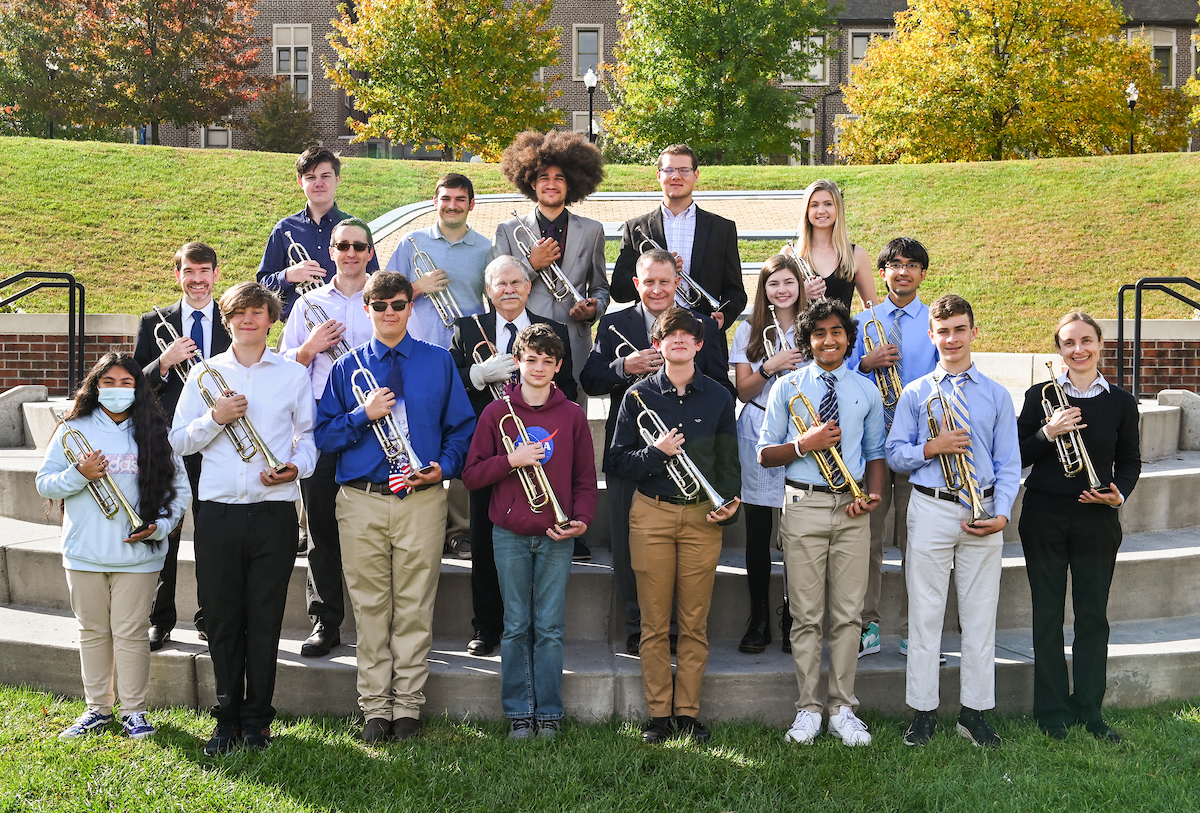 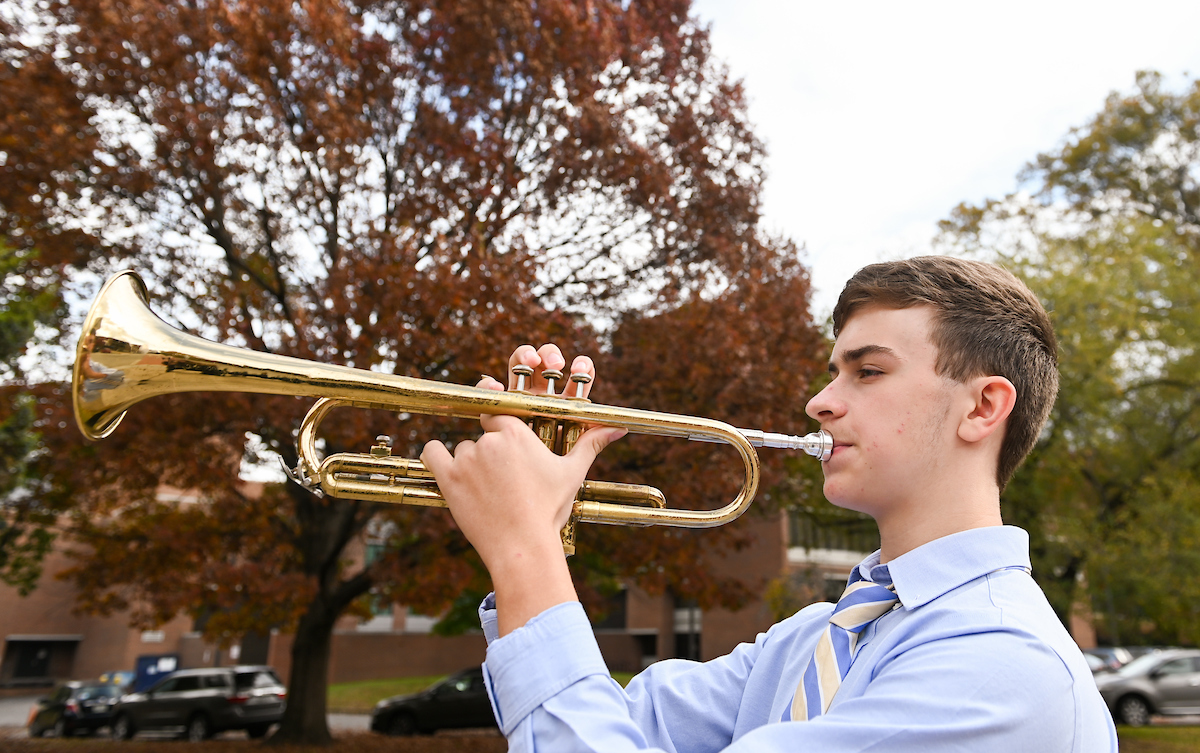