by Chuck Wasserstrom January 5, 2022 — No Comments 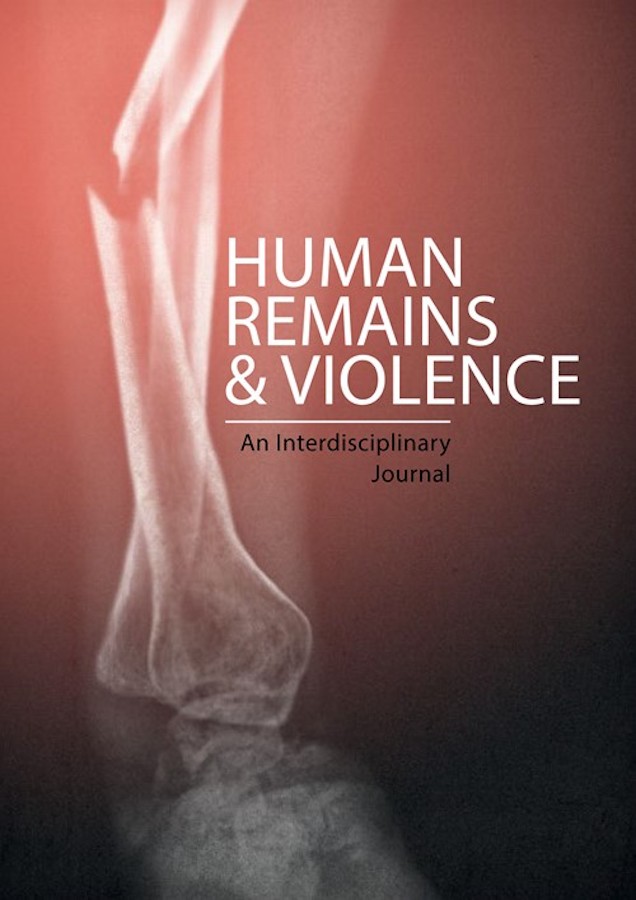 During the summer of 2020 in the early days of COVID-19, Mike Thompson participated in a virtual writing group with fellow University of Tennessee at Chattanooga Department of History faculty members.

While examining potential journals for the article he was writing, Thompson—head of the department and a UC Foundation associate professor—stumbled upon a call for papers from an international multidisciplinary publication—Human Remains and Violence: An Interdisciplinary Journal.

The theme of the journal edition, “Burial and the Politics of Dead Bodies in Pandemic Times,” was right up his alley.

Following a roughly 15-month process from proposal submission to online publication, Thompson’s paper, “The Wages of Acclimation: Presumed Black Immunity to Yellow Fever and the Racial Politics of Burial Labour in 1855 Portsmouth and Norfolk, Virginia,” was featured in the recent issue of Human Remains and Violence.

“I found it really appealing to write for an interdisciplinary audience of scholars and others who might not otherwise encounter my work,” Thompson said.

“Historians often aim their work at a relatively small audience of fellow scholars whose work we read and who are part of our professional support networks. But we all want our scholarship to be recognized for its value and relevance beyond the academy, and we sometimes seek out colleagues, conferences, or publications that allow us to break out of our disciplinary, methodological or national silos.”

According to its online description, Human Remains and Violence: An interdisciplinary journal is a biannual, peer-reviewed publication that publishes papers from various academic disciplines within the humanities, social sciences and natural sciences. Its focus “draws together the different strands of academic research on the dead body and the production of human remains en masse, whether in the context of mass violence, genocidal occurrences or environmental disasters.”

Although Thompson wasn’t familiar with the journal before 2020, the edition’s theme “was a perfect fit for my current work,” he said.

“I also noticed during my research that Jessica Auchter, a Guerry and UC Foundation associate professor in political science and public service, had published an article in HRV in 2018, and she was kind enough to confirm a positive experience with this journal.”

Thompson, a member of the UTC faculty since 2009, said his article chronicles the labor and life of Bob Butt, an enslaved gravedigger in Portsmouth, Virginia, “who parlayed the purported immunity of his Black body to seize privileges ranging from widespread mobility and notability to substantial wages and nearly his freedom.”

Also featured in the article is an enslaved hearse driver named John Jones and scores of unnamed Blacks pressured to work feverishly during the summer of 1855.

“This noteworthy episode demonstrates that Black labor, though not always Black suffering or lives, mattered more than ever to distressed white officials managing ravaged and depopulated cities of mass illness and death,” Thompson said.

“Over a century and a half later, the convergence of a movement for Black lives and the COVID-19 pandemic imparts even greater urgency to understanding the historical nexus of race, disease and essential labor.”

Thompson, a scholar of the American South, slavery and the early national and antebellum U.S., wrote the book “Working on the Dock of the Bay: Labor and Enterprise in an Antebellum Southern Port” in 2015.

The final chapter explored how racialized perceptions of susceptibility to epidemic diseases like yellow fever and cholera impacted labor competition among diverse and vital waterfront workers in Charleston, South Carolina. Thompson said the findings and arguments in that section have inspired him to begin a second book project, “Working Feverishly: Epidemics and Essential Labor in the Urban Old South.”