T The schedule was rough, but  UTC  nursing  student Phan Nguyen knew he was doing something important, so he hung in there.

A  first-year  nursing student at the University of Tennessee at Chattanooga, he had  volunteered to give C OVID-19 vaccinations  at CHI Memorial Hospital located east of  downtown and at  the  Hamilton County Health Department site in the  RiverPark on Chattanooga’s Amnicola Highway.

Nguyen was on winter break, so he didn’t have to squeeze classes into the equation, but neither was he  skiing down slopes or just hanging out.  His days usually included  a shift at CHI Memorial, another at  the health department, and then home, dinner, shower,  sleep. “Then repeat the regimen,” he says.

Nguyen was not alone in the  marathon.  Eight  nursing students from UTC volunteered to give  COVID-19  vaccinations at CHI Memorial.  In  shifts that usually ran  four  hours—although they could be six-  or even eight-hour  shifts—some days would mean upwards of 200 vaccinations,  the  students say.

“It’s very intimidating giving vaccines to doctors and nurses,” Hurd says, “but it was really cool to see the people who have been working the front lines during this whole pandemic.”

“I would go in to give the vaccinations,  then come home and work on homework, but I definitely think it was worth  it  to work around my schedule, to be able to have that experience,” says Briley Hurd, a level-two  nursing student  who  volunteered at CHI Memorial in January.

Praise for the students

“Words cannot express our gratitude to your nursing students for assisting with our health care worker vaccination clinics,” she says. “Bless each one of you. It is amazing how much relief and hope these small shots provide. The moment was not only historic but also sacred as a critical step in saving the lives of so many,”  Reilly adds.

Nursing senior Emily Hohenbrink was already working at CHI Memorial  in its COVID-19 ward  when she volunteered in February to give the vaccine. She had previously been  vaccinated. “It’s been very nice to know that I can have an impact on people and help people,” says Hohenbrink, who will graduate in May.

At CHI Memorial, a  room with  seven inoculation stations  was  set up with nursing students from several colleges, including UTC, giving vaccinations. Hospital  staff  nurses would demonstrate how to give the injection, then hand the job off to the students. “They’d be, ‘Alright, you’re good to go,’” Nguyen says.

The process was as efficient as an assembly line.  Hospital nurses would get the syringes  ready with the vaccine.  Then, hand them to the students to inject.  A poke in the arm  of the patients. Dispose of the syringes. Repeat the process over and over.  Depending on the day, as many as 400 vaccinations might be given in a four-hour shift, Nguyen says. “I remember at one point in the first hour we had 170 people come through. That was a record,” he  says.

Most of  those  being vaccinated were medical personnel, so it was an excellent chance to meet and talk with professionals in the same jobs the students were pursuing, Nguyen says. “Whenever I saw a heart surgeon or a nurse come in, I’d ask, ‘So how do you like it? What do you think?’ They gave me a lot of good advice.”

But it was a bit daunting, too, Hurd adds. “It’s very intimidating giving vaccines to doctors and nurses,” she says, “but it was really cool to see the people who have been working the front lines during this whole pandemic.”

Hohenbrink says  she felt a bit of trepidation when giving the vaccine,  worrying  “Am I doing this right? Am I going to hurt or help the patient?” But those feelings were quickly quashed.

“As a student, you’re always going to have that fear in the back of your head, but I think one of the biggest things I regret not doing in nursing school is trusting myself and giving myself credit. I’ve gotten through these four and a half years and I’ve learned all this stuff. It’s there. I just need to trust myself and do it. I know what I’m doing.”

Overall,   there’s pride in being involved in a process that may stop the spread of COVID-19,  the students say.  “It was just very eye-opening to be able to be a part of something that has taken such a toll on the society we live in and to be able to help change that,”  Hurd  says.

Being a part of history is  something  to carry  for the rest of your life, Nguyen adds. “That’s something like I can reflect on and tell my kids that I got to help fight a pandemic.”

WWelcome to the spring 2021 issue of The University of Tennessee at Chattanooga Magazine. We are now more…
byUTC Communications and Marketing
169 views 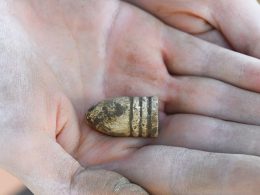 Thanks to the intellectual curiosity coursing through the student body, UTC undergraduates and graduate students are productive researchers.  by…
byShawn Ryan
386 views
1 share
1
0
0 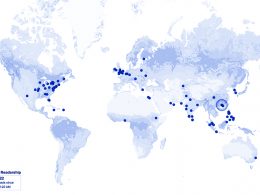 The world’s only open-access journal for undergraduate research in psychology by students from across the globe, Modern Psychological…
bySarah Joyner
352 views
120 shares
120
0
0 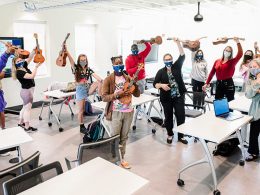