Basketball is back, hopefully. Planning and practices for both UTC teams in full swing.

As fall practice began at McKenzie Arena, both the University of Tennessee at Chattanooga men’s and women’s basketball teams were faced with plenty of questions heading into the 2020-2021 season due the ongoing pandemic in the U.S. Would there be a 2020 portion of the 2020-2021 campaign? Would the season start on time, include non-conference foes, or be limited only to a Southern Conference slate? Would fans be in the stands? If yes, how many fans would be allowed to attend? And, a really big question for both UTC coaches: Who will replace the leading scorer on each squad?

The NCAA Division I Council announced in mid-September that the 2020-2021 men’s and women’s college basketball seasons can start Nov. 25.

The UTC men’s team went 20-13 last season for the program’s first 20-victory campaign since 2015-2016. It was a tremendous jump forward for the Mocs as the team had only 22 combined wins over the previous two seasons. This year, Lamont Paris enters his fourth season as head coach looking to keep the momentum going despite losing four starters, including his top two scorers—graduate student Matt Ryan and Ramon Vila, who signed a professional contract to play basketball in Spain.

The lone returning starter, redshirt senior David Jean-Baptiste, will be building on a season in which he averaged 12.6 points per game, third-highest total on the squad. The 6-foot-1 guard is expected to help mentor a pair of 6-foot-3 backcourt mates in junior Trey Doomes and redshirt sophomore Malachi Smith. Doomes, a transfer from West Virginia University, appeared in 29 games off the bench for the Mocs last season and saw increased playing time as the season progressed. Smith, who began his collegiate career at Wright State, figures to see a lot of playing time at point guard after practicing at that position last season while redshirting. Two others in the guard mix expected to vie for playing time are a 6-foot-4 redshirt junior A.J. Caldwell and Grant Ledford, a 6-foot-6 sophomore.

The Mocs’ frontcourt will be significantly enhanced size-wise, thanks to the arrivals of transfers Josh Ayeni and Mark Tikhonenko. Ayeni, a 6-foot-8 graduate student from Zaria, Nigeria, comes to UTC after previous stops at St. Bonaventure and South Alabama. Ayeni has appeared in 64 games at the collegiate level, including 40 starts, while playing for a pair of teams that advanced to the NCAA Tournament.

Tikhonenko, a 6-foot-10 redshirt junior, was ruled eligible to play by the NCAA in early September after transferring from Sam Houston State, where he played in 31 games last season. Tikhonenko, a native of Moscow, Russia, comes from a strong basketball lineage; his father, Valeri, won a 1988 Olympic gold medal while playing for the USSR, while his mother, Victoria, was a national team player for the Kazakhstan U20 squad.

Katie Burrows, a former UTC basketball player, will build on last year’s energenic squad as she begins her third season at the helm. UTC started the 2019-2020 season by going 1-13 in non-conference play before rallying to go 10-4 in SoCon action. The Mocs earned a national postseason berth, only to see a trip to the Women’s National Invitation Tournament (WNIT) wiped out due to the arrival of COVID-19. For the first time since taking the reins, Burrows will be without Lakelyn Bouldin—one of the most prolific scorers in Mocs history. Bouldin, a three-time all-conference selection, finished her career eighth on the school’s all-time scoring list.

To replace Bouldin’s shooting prowess, significant contributions are anticipated from senior Bria Dial and juniors Eboni Williams and Abbey Cornelius. Dial, a 6-foot guard/forward, was one of the team’s most improved players last year, averaging 10.4 points per game. Her season highlights included hitting a three-point shot at the buzzer in a critical road conference victory at Wofford and going a perfect 7-for-7 from the floor as part of a 23-point affair (also against Wofford). Williams, the team’s freshman of the year two seasons ago, built on her rookie success by averaging 10.0 points and a team-high 8.0 rebounds per game in 2019-2020.

Cornelius, a 6-foot-2 forward, averaged 9.2 points and 6.6 rebounds in her first season as a starter. She is a graduate of Hardin Valley Academy in Knoxville, where she played for former UTC basketball player Jennifer Wilson Galloway—a collegiate teammate of Burrows.

Morgan Hill and Brooke Hampel, a pair of 5-foot-10 redshirt sophomore guards, are two to watch. Hill saw action in 27 games as a freshman in 2018-2019 before being limited to just three contests last year due to injuries—necessitating a redshirt campaign. Hampel started 22 games for Missouri-Kansas City two years ago, averaging 9.3 points and 3.8 rebounds per game, before transferring to UTC. She spent last season practicing with the Mocs, learning the offense and defense and getting comfortable with the program. 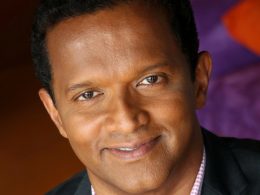 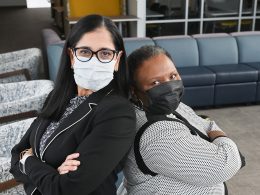 There is no manual for dealing with COVID-19, but Abeer Mustafa and Val Sample have done a remarkable…
byGina Stafford
542 views
2 shares
2
0
0 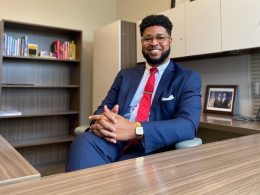 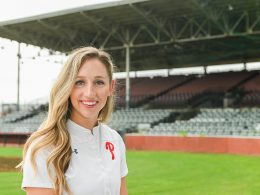 Teaching the Value of Mental Preparation