UTC school of education lecturer and NREA Executive Director Allen Pratt informs about the importance of rural schools to their communities and battling COVID-19.

While they might be small in size, schools are not small in stature in rural communities. Some of the tinier counties in Tennessee either touch or are within close proximity to Hamilton County, home to the University of Tennessee at Chattanooga, including Meigs (estimated population of 12,422), Sequatchie (15,026) and Bledsoe (15,064).

In comparison, when you combine UTC students, faculty and staff, you arrive at a figure of approximately 14,000 individuals, a population larger than 15 of the 95 counties in the state.

The essential roles rural schools play has been evident during COVID-19. “What people don’t understand about education in these communities is how important and how big a role the school has on the community,” says Allen Pratt, a UTC guest lecturer and the executive director of the National Rural Education Association (NREA). The NREA national headquarters is housed in Hunter Hall on the UTC campus. “Schools are the hubs of rural communities and rural areas not only in the sense of students being educated, but also for community meetings, for community programs, for school programs, for athletic events, for voting,” he says. “The school is a big, big plus in the community, and it’s a vital part that makes the community what it is.”

NREA is the voice for education in rural areas and communities across the United States. The organization has members in all 50 states and five countries focused on providing support services across the entire rural education spectrum.

A 1994 graduate of UTC, Pratt has spent his entire career in education, and much of his experience has been in non-urban settings. Before joining the NREA, his resume included stints as a high school science teacher and coach, high school principal, assistant superintendent, executive director of the Tennessee Rural Education Association and executive director in the Tennessee Department of Education’s East Tennessee regional field office of the Centers of Regional Excellence (CORE). His travels haven’t been limited just to the state of Tennessee. Since taking over as the NREA executive director, Pratt has traveled to rural communities in 48 states, so he speaks from experience in addressing the many functions performed by teachers and staff members in these areas. “A lot of students and families depend on the schools for a ton of support,” he says. “That includes feeding programs and preventative healthcare services that the schools provide to students like eye or hearing exams. These smaller school systems have smaller staffs in the central office, and they’re asked to do a lot of different things.”

Pratt and the NREA have been in the news during 2020 for their advocacy in showcasing the internet connectivity divide. Before the pandemic, the gulf between access to the internet in urban vs. rural communities was already known. But the situation became exacerbated with many students in rural areas having little-to-no access to broadband after learning shifted to an online environment. “While there haven’t been any major breakthroughs yet, I would say the uptick of requests for information and the uptick of people wanting to know more about it is a positive,” he says. “With students shifting from rural campuses to home locations, it put the spotlight on why connectivity is really a right and a service that should be provided. We should be connected across the country.”

“With students shifting from rural campuses to home locations, it put the spotlight on why connectivity is really a right and a service that should be provided. We should be connected across the country.”

Instead of dwelling on the negatives of what life has been in rural communities since the arrival of COVID-19—including the death of a superintendent in Texas and economic hits to tourist-centric areas—Pratt prefers to emphasize the positives. He talks about the many inspiring and innovative stories he has heard from his constituents about the ways rural schools are going above-and-beyond to provide help within their communities. And, conversely, the assistance communities are providing to their local schools. “There’s a school system in Louisa County, Virginia, where they used these little metal trailers you can buy at Lowe’s and created solar-powered Wi-Fi hotspots that they moved across the county,” he says. “They built at least 20 of them and strategically placed them across the county. That’s an innovative approach on how to get students connected so that they could download their assignments.

“Then you had these approaches in Texas involving the delivery of home meals. They realized that a lot of the students were home by themselves because the parents had to go to work. They didn’t want children answering the door for just anyone, so they left coolers out front so the students would know the food was there. They made it safe for everyone.”

Pratt praises the work being done locally in a couple of nearby counties to the Chattanooga area, Marion and Polk. In Marion County, a local electric co-op constructed hotspot areas, while the school system devised drive-by programs for food pickup and information packet distribution. Educators in Polk County worked with parents to phase in face-to-face classroom participation this fall at a more incremental rate compared to other Tennessee counties. “It’s really amazing what these rural communities are doing,” Pratt says. “Moving forward, I think we’ll be stronger in such communities, and we’ll have a better educational system coming out of this as well.” 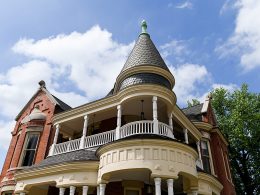 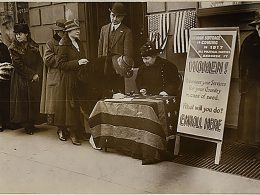 A look back to 100 years ago when women’s suffrage and the right to vote began a long, winding…
byChristina Valenti
296 views 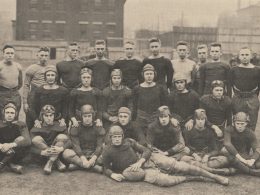 During our battle with the Pandemic of 2020, we looked to history for lessons to help us combat the virus. The…
bySarah Joyner
553 views
1 share
1
0
0 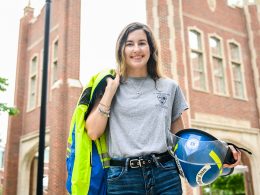