Teaching the Value of Mental Preparation

One of the topics Hannah Huesman talks about in her role as a mental skills coach for baseball’s Philadelphia Phillies is to focus on the process instead of the outcome. Instead of worrying about when you’re going to get to the big leagues, why don’t we focus on how we’re going to get there?” she asks Phillies players.

Huesman talks about following process from personal experience. As an undergraduate at the University of Tennessee at Chattanooga, she was one of the rare student-athletes who lettered at the Division-I level in two sports —basketball and softball. She wanted to pursue a career in sports, but what that might be was unclear. During the final semester of her senior year in spring 2014, the inspirational light bulb went on during a course on the sociology and psychology of sport. She had taken the course as an elective.

“I was thinking, ‘I’m going to graduate and see what happens,’ and then I take this class in my last semester. It really was an ‘a-ha’ moment,” says Huesman, then known at UTC by her maiden name of Hannah Thurley. “I honestly can’t even remember how I stumbled upon that class with Dr. (Shewanee) Howard-Baptiste. “I was shocked. I was like, ‘It’s the best of both worlds.’ It was sports, but it covered the aspects of sports that are so commonly neglected, and I know they were neglected when I played. We didn’t have a specific mental performance coach or anything like that. I remember thinking, ‘I want to jump right into that field.’”

Huesman had discovered the field of sports psychology, a rapidly growing discipline that uses mental skills training to help athletes perform to the best of their abilities. In learning about how the mind and the body can work together to produce optimal performance, the class changed her whole career trajectory.

“I was always intrigued by psychology, but sports outweighed psychology for me in my head,” she says. “I wanted to be in a sports role, but I didn’t know in what capacity. I played sports my whole life. This is a huge piece of who I am. I’m enthusiastic when I’m in sports. I’m confident when I’m in sports, and I enjoy sports the most.”

With a clear focus on what she had to do after receiving a bachelor’s degree in kinesiology and exercise science from UTC in 2014, Huesman went to UT Knoxville and earned a master’s in sport psychology and motor behavior in 2015. Less than two months later, she landed her first baseball job as an intern with the Pittsburgh Pirates’ organization.

Following the internship and a stint as a mental performance coach in New York, Huesman was hired full-time by the Phillies as a mental skills coach in 2018, just four years after initially learning about sports psychology. It was a meteoric rise and a testament both to her zest for her work and the development of mental skills coaches within professional sports. Because high-performance athletes work so hard on the physical elements of their game, mental aspects had long been neglected. She targets subjects such as confidence, composure, concentration, motivation, resiliency and enjoyment. “The best way I describe a mental skills coach is: Just like baseball players have strength and conditioning coaches to get them stronger and hitting coaches or pitching coaches, we are coaches that focus on the mental aspects of the game,” Huesman says.

“The best way I describe a mental skills coach is: Just like baseball players have strength and conditioning coaches to get them stronger and hitting coaches or pitching coaches, we are coaches that focus on the mental aspects of the game,” Huesman says.

“I think the beauty of a mental skills coach is I don’t just want you to be confident. I want you to know how to be confident,” Huesman says. “There’s not one, ‘Hey, take this confidence pill and we’re all going to be really confident.’ Different things work for different people.  Just like every other coach is there to help you become the best version of yourself, we’re there to help you become the best version of yourself from a mental lens. A big piece of our job is figuring out the mental aspects of your game. What are your strengths and what are your weaknesses, and pairing it with the physical aspects of your game to make sure you’re developing holistically and to the best of your ability.”

Huesman’s coaching isn’t limited to athletes. She has a huge social media presence thanks to her weekly #MentalSweatMonday one-minute video series on Twitter and Instagram. In her position with the Phillies, Huesman travels throughout the organization—at least in non-pandemic years—spending around 27 days on the road each month. Even during COVID-19, she is constantly on Zoom or her phone, talking with players and staff members. “The toughest—but the most fun part—of my job is getting to know each individual and figuring out what skills work for them. You have to build that relationship. You create that trust, that honesty, that vulnerability, that they can come in and talk to you.”

Her background as a two-sport athlete translates well when dealing with baseball players, as does the knowledge gained in her personal experiences. Her husband, Jacob Huesman, is a former all-America quarterback at UTC and the Mocs’ current tight ends coach. Her younger brother, Hunter Thurley, played college football at both Wofford University and the University of Mississippi. “It’s very rare,” she says, “that I meet with a player and they’re going through something that I haven’t walked through myself or that somebody I’ve been really close to hasn’t walked through.” 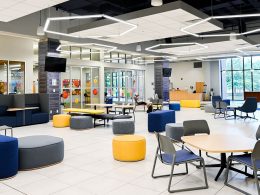 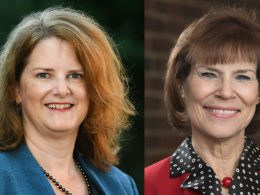 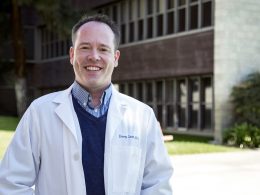 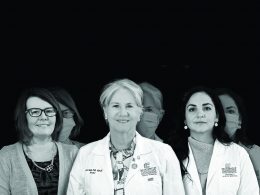 Inside the Eye of the Storm

This trio of triage has been critical to the University’s ability to continue to operate effectively in a pandemic. Get to know these three hard-working experts helping guide UTC’s response to COVID-19.
byGina Stafford
1.7K views
38 shares
38
0
0