The Department of History is pleased to welcome two new full-time faculty members, Edward Brudney and Mark A. Johnson.  Read more about what they bring to the Department and to UTC below. 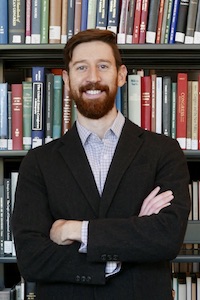 Edward Brudney comes to UTC from Indiana University, where he completed his Ph.D. in History in Spring 2019. Dr. Brudney’s research focuses on modern Latin America, and specifically the intersections between labor and legal history in twentieth-century Argentina.

His recent work has been published in the Journal of Religion & Society, the Journal of Global South Studies, and Labor: Studies in Working-Class History in the Americas. Dr. Brudney is currently working on two book-length research projects. The first is a monograph, titled Changing the Rules of the Game: Labor, Law, and Citizenship in Authoritarian Argentina, 1976-1983, which analyzes attempts by Argentina’s most recent military dictatorship to change the meaning of citizenship through the transformation of labor laws. The second, Literacy, Memory, and Spaces of Justice: Exploring Commemorative Events of State Terrorism in Buenos Aires, is a co-authored, interdisciplinary study of commemorative practices and justice work across different spaces in Buenos Aires around the fortieth anniversary of the March 24, 1976 coup d’état.

At UTC, he will regularly teach both Colonial and Modern Latin American History, as well as specialized courses in postcolonialism, authoritarianism, and populism. Dr. Brudney’s research interests, beyond labor and legal history, include the history of the State, nationalism/national identities, cultural history, and oral history. 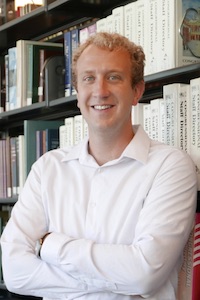 Before joining the UTC faculty, he worked as a Visiting Lecturer at Georgia State University, where he taught the US History Survey.

In 2017, he published a book with The History Press titled An Irresistible History of Alabama Barbecue: From Wood Pit to White Sauce, in which he traces the history of Alabama barbecue from its origins in the initial encounters between Native Americans, Europeans, and Africans to the restaurants of the twenty-first century. He explains how Alabama’s favorite food has become entangled in issues of politics, Civil War, Civil Rights, migration, immigration, urbanization, and industrialization, and more.

Currently, he is working with the University of Mississippi Press on his forthcoming book “The Best Notes Made the Most Votes”: Race, Politics, and Spectacle in the South, 1877-1932. He has published articles in Southern Cultures and Louisiana History on the subject of black performance and politics in the Jim Crow era.  He analyzes how African Americans made an audible and visual impact on the public sphere during an era of disfranchisement, segregation, and lynching with their performances at the many spectacles of democracy, including campaign rallies, street theater, and parades.